September 18, 2012 No Comments
Written by YABC
Posted in Blogs 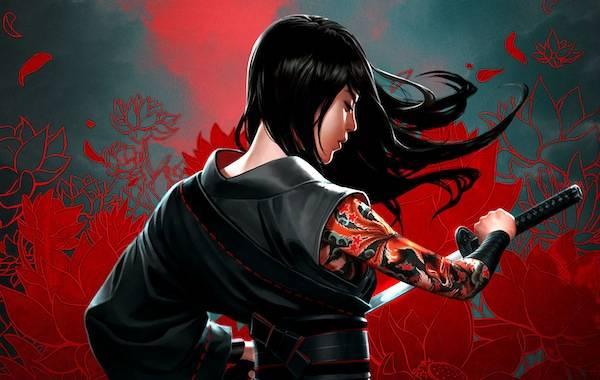 Today we welcome a literary giant to our midst! Jay Kristoff (who really is a giant at 6′ 7″) joins us today for a fun interview about his newly released book, STORMDANCER.

Thank you for joining us on YABC today! First off, can you tell us a little bit about your latest novel, STORMDANCER?

This is my fifty word summary. It’s about as concise as I can get it:

The Shōgunate of Shima is verging on environmental collapse; decimated by clockwork mechanization and toxic pollution. Befriending the last griffin alive on the island, a young woman pits herself against the authorities in the hope of seeing her homeland saved, her family freed and the crippled griffin fly again. W00t.

Were there any television shows, films, songs, or books that helped fuel your creativity and inspiration while working on STORMDANCER?

Across the Nightingale Floor by Lian Hearne. The Wind-Up Girl by Paolo Bacigalupi. An Inconvenient Truth. A bunch of David Attenborough documentaries. The Battle for Los Angeles album by Rage Against the Machine.

My biggest influence stylistically would probably be William Gibson. Others include China Miéville, Robin Hobb, Phillip K Dick, Alan Moore, Neil Gaiman, Piers Anthony, Isaac Asimov, Raymond Feist. I also take a lot of inspiration from the lyricists of bands I love – telling a story with 100,000 words is easy. Telling one with a few dozen is hard.

At what moment did you realize you wanted to be an author?

I’m not sure there was one precise moment. No lightning strike or moment when Lawrence Fishburne told me “You are the One, Neo”.

I’d always enjoyed writing as a hobby, but I used to work in an advertising agency, and the last thing you want to do after writing TV scripts all day is come home and write more words. My first book began as a scene I scribbled down when I was bored at work, and somehow over the next 18 months, it became a book. A screaming train-wreck of a book, granted, but still, it was a book. I discovered that I really liked the process, so I decided to get serious, learn how publishing actually worked and see where it took me.

Five years later, here we are 😛

What book would we find on your bedside table right now?

Daughter of Smoke and Bone by Laini Taylor and Zoo City by Lauren Beukes.

What was the most recent film you saw?

Which band/artist would you die to see in concert?

I’d love to see Type O Negative. They were one of my favourite bands growing up, and they never toured Australia. But their lead singer is dead now, so I’m not sure about my chances of seeing them unless someone knows a good necromancer…

If you were reincarnated as any literary hero/heroine, who would you be?

Hmm. Maybe the Dread Pirate Wesley from The Princess Bride. He was pretty cool. Everyone loves pirates. Expert swordsman. Beautiful girl madly in love with him. Perfect hair.

How much research did you have to do for STORMDANCER? What was the craziest search term you typed while researching online?

I’m never entirely sure how to answer questions like that, so I usually insert some smart-assery like “Drank lots of saké”or something similar. I’ve been living with Japanese literature and cinema in one form or another since I was a kid. I read books on feudal Japan so thick you could beat a burglar to death with them. But the truth is, you can read as much on a subject as you like – you’re never going to be possessed of the same knowledge-base as someone who was born in the country from which it originates. With that in mind, I recruited four friends who live in Japan (two Japanese-born, two ex-pats) to help me out, and I used them as my sounding boards and vetting police.

The craziest term I used in searching online was probably something to do with traditional Japanese undergarments.

What is your go-to writing snack/beverage?

Red Bull and chocolate. Try sleeping after those 🙂

Where did your inspiration for STORMDANCER come from?

The idea for Buruu came from a dream I had when I was querying my first novel. The idea for the overall themes of the book itself really comes from the world around us – the way we don’t really take as much care of this awesome planet of ours as we should.

But people’s eyes tend to glaze over whenever I talk about that, so I’ll shut up now.

Who was your favorite or hardest character to write in STORMDANCER?

Buruu was my favourite, probably because he talks in all-caps, all the time. There’s something about hitting capslock before you type a sentence that makes the words flow easier. Capslock is the cruise-control for awesome. Even the most ridiculous sentiment is made better by it. Observe:

IT IS A TRUTH UNIVERSALLY ACKNOWLEDGED, THAT A SINGLE MAN IN POSSESSION OF A GOOD FORTUNE MUST BE IN WANT OF A WIFE.

The hardest was probably Masaru, Yukiko’s father. I had to strike a balance with him – make a guy who is essentially just a worthless deadbeat drug-addicted bastard of a father into someone the audience could still get behind and sympathise with. He didn’t use any capslock, either.

If you could cast your characters for a movie, who would you choose?

Ah, fun question. I think Yukiko would have to be someone new. But here’s who I imagined when I was writing the characters. Interestingly enough, most of the Tiger clan members are Chinese actors, and the Foxes are Japanese. And they’re all probably too old now. But anyway…

If you could be in any scene in your novel, which would it be?

Hmm. Probably the very last chapter. Although I can’t really talk about that one because the Spoiler Police would kick my front door in. I quite like my front door, and we only just had it repainted.

What would be the theme song for this book?

Guerilla Radio by Rage Against the Machine

Where can our readers go to learn more about STORMDANCER?

There’s a whole bunch of info about the world, history and clans up on my website: www.jaykristoff.com

Are there any STORMDANCER contests our readers should know about and enter?

Aside from yours, we have a whole bunch going on at the moment. The easiest place to find them all is to head over to the Stormdancer tab on my Facebook page and look under “blog tour”: http://www.facebook.com/AuthorJayKristoff

So, what’s next for Jay Kristoff?

Well, Stormdancer launches in September and I’m still wrapping my brainmeat around that. I’m finishing the first draft of book 3 at the moment, before heading back into the edit cave on book 2 with my notes from the Powers. So I’ll be living in the Lotus War for a while yet. After that, I’ll be off to post-apocalyptic cyberpunk or epic urban fantasy or maybe the bottle of some kind of fancy bottle that the flash folk drink.

Last but not least, what has been your biggest SQUEE! moment since becoming a published author?

Just holding the book in my hand. After so long, and so much work, that was pretty amazing.

Although someone offered to make me a Buruu plushie the other day, which was quite squee-worthy too 😀

Thanks so much for chatting with us, Jay!

Check out the rave reviews for STORMDANCER here.

Shoshi's Shabbat
Moo, Baa, Fa La La La La!
The Scrivener's Bones: Alcatraz vs. the Evil Librarians (Alcatraz Versus the Evil Librarians Book 2)
Our Day of the Dead Celebration
Our Little Mushroom: A Story of Franz Schubert and His Friends
If Your Babysitter is a Bruja
Shady Baby Feels: A First Book of Emotions
Wait For Me
Unsolved Case Files: The 500 Million Dollar Heist: Isabella Stewart Gardner and Thirteen Missing Masterpieces (Unsolved Case Files, 3)
Squad Up (A Power Up Graphic Novel)
The Black Slide
Shot Clock (Shot Clock #1)
What We Saw: A Thriller
The Legend of the Lost Boy (The Pathfinders Society #3)
Nothing Interesting Ever Happens to Ethan Fairmont
Who Was Che Guevara?
Who Was Celia Cruz?
Sometimes Love
Undercover Latina (The Factory)
Arab Arab All Year Long!
Peace Is a Chain Reaction: How World War II Japanese Balloon Bombs Brought People of Two Nations Together
It's a Numbers Game! Football
Sandor Katz and the Tiny Wild (Food Heroes, 4)
The Harvey Milk Story
Bottle Tops: The Art and Life of El Anatsui
Indelible Ann: The Larger-Than-Life Story of Governor Ann Richards
Outside, You Notice
Cocoa Magic
The Power of Architecture: 25 Modern Buildings from Around the World
I Am Coco: The Life of Coco Chanel

You are here: Interview with Jay Kristoff, Author of Stormdancer