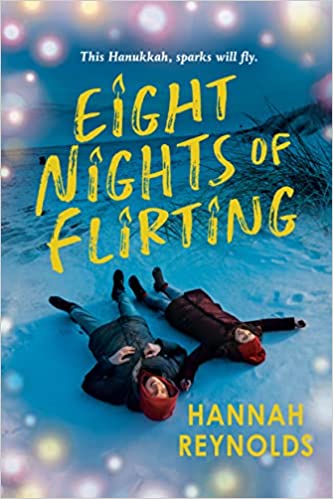 Today we are very excited to share an interview with Author Hannah Reynolds (Eight Nights of Flirting)! 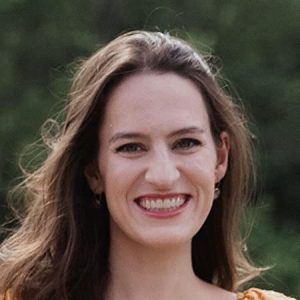 Hannah Reynolds grew up outside of Boston, where she spent most of her childhood and teenage years recommending books to friends, working at a bookstore, and making chocolate desserts. She received her BA in Creative Writing and Archaeology from Ithaca College, which meant she never needed to stop telling romantic stories or playing in the dirt. After living in San Francisco, New York, and Paris, she came back to Massachusetts and now lives in Cambridge.

About the Book: Eight Nights of Flirting 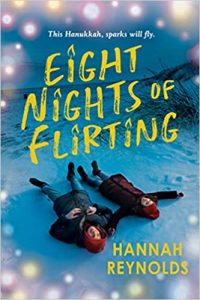 A sixteen-year-old girl is on a mission to find the perfect boyfriend this Hanukkah, but love might not go according to plan, in this charming winter romcom from the author of The Summer of Lost Letters.

Shira Barbanel has a plan: this Hanukkah, she’s going to get a boyfriend. And she has the perfect candidate in mind—her great-uncle’s assistant, Isaac. He’s reliable, brilliant, and of course, super hot. The only problem? Shira’s an absolute disaster when it comes to flirting.

Enter Tyler Nelson, Shira’s nemesis-slash-former-crush. As much as she hates to admit it, Tyler is the most charming and popular guy she knows. Which means he’s the perfect person to teach her how to win Isaac over.

When Shira and Tyler get snowed in together at Golden Doors, they strike a deal—flirting lessons for Shira in exchange for career connections for Tyler. But as Shira starts to see the sweet, funny boy beneath Tyler’s playboy exterior, she realizes she actually likes hanging out with him. And that wasn’t part of the plan.

Amidst a whirl of snowy adventures, hot chocolate, and candlelight, Shira must learn to trust her heart to discover if the romance she planned is really the one that will make her happiest.

I’ve watched and read approximately 5 million Christmas romcoms in my life (thanks Netflix) and less than three about Hanukkah. Every time the holiday season rolls around, I’m so excited by the festivities — I live in New England, and we go all in on holiday vibes — but I often end up feeling left out or unseen by popular narratives. I wanted to write a book that celebrated everything I love celebrating, from my deep love of family to peppermint hot chocolate and glistening wintry nights to sizzling latkes and lighting the menorah. Eight Nights of Flirting is filled with Hanukkah and Christmas and New Year’s celebrations — I wanted to write something wildly festive and full of love.

I love the protagonists, my anxious darling heroine, Shira Barbanel, and Tyler Nelson, the playboy-with-a-heart-of-gold, but the characters who really stole the show are Shira’s triplet cousins: Iris, Lily, and Rose. They are twelve years old and they are in charge. When Shira’s boisterous family descends on Nantucket for the holidays, the triplets corral their dozen cousins into putting on a Hanukkah play. They’re bossy and demanding and artistic — I adore them. Also, who doesn’t want an excuse to run lines with your crush in a scene where he’s a general you pretend to seduce before chopping off his head?

While one of the most prominent themes is the romance between Tyler and Shira, there’s a secondary storyline about Shira learning to open up to people overall. In particular, Shira knows how much her friendship with her island bestie, Olivia, matters to her, but she has no idea if Olivia cares the same amount. Near the end of the book, Shira finally gets up the nerve to tell Olivia how much she values their friendship. It was a very sweet moment to write, and I love it very much. Society spends a lot of time thinking about how to talk about romantic relationships, but we don’t spend nearly as much on platonic relationships — which are also incredibly important! I wanted to show how hard Shira works to open up to the people she loves, and how much friends matter: How supportive they can be, how loving, how kind.

I love how the cover so perfectly captures the tone of the book. It’s fun and romantic and festive — exactly what readers are going to get inside. Also, I LOVE the model for Shira — she looks so happy! Like she’s having so much fun! And I think her hair is amazing, I love seeing curly hair on covers.

So many! I loved See You Yesterday by Rachel Lynn Soloman, a time-loop YA romance that also has a Jewish heroine, and I just read Nona the Ninth by Tamysn Muir — but I’d advise readers to start with Gideon the Ninth before starting Nona, it’s not a series to read out of order.

I’ll be bringing readers back to Nantucket! This time, the story is about a seventeen-year-old girl who reluctantly heads to the island for the summer to join her historian father. She clashes with her dad’s eighteen-year-old assistant — who just happens to be part of the Barbanel family — but as the two work together to uncover a long-buried secret about a nineteenth-century comet, unexpected feelings start to grow.

Eight Nights is from 16-year-old Shira’s POV, so we only see Tyler through her eyes. That made it trickier to showcase all the different facets of his personality; I had to work to make them slowly shine through. In the beginning, Shira sees Tyler as a total playboy, a consummate flirt with a cavalier perspective on relationships. She’s spent the last few years resenting him after he laughed when she admitted her puppy-dog love for him when she was fourteen. But as the flirting lessons progress, she realizes he’s like an oyster – hard, glossy, and polished on the outside, but soft and easy to hurt within (I did not use this metaphor in the book, ha, but maybe I should have!). I wanted to make sure the reader’s appreciation of Tyler grew alongside Shira’s, making him a fully realized character. I’m happy with how he turned out!

That sometimes things aren’t as scary as you think they’re going to be. I was so nervous as a teen, and I was terrified by the idea that someone might realize I liked them. Shira is the same way, and it’s really hard for her to let people in. But most things aren’t so scary after you’ve given them a go, from holding someone’s hand to asking them to hang out. I hope this gives readers more confidence in speaking up about what they want and what would make them happy.

Don’t give up, and don’t expect perfection. Starting a story is easy, but finishing one is hard, and I think a lot of writers get stuck in the middle. That’s normal! If you’re feeling stuck, don’t try to force yourself to write something you hate – jump to the next fun scene you’re excited about, and continue from there. Keep going until you reach the end. Most of writing is revision, so you can fix all the gaps and inconsistencies when you’re editing your manuscript – don’t let the need for a manuscript to be whole and cohesive from the very start keep you from ever reaching the end. And be kind to yourself! No one’s first draft is ever perfect.

You are here: Interview With Hannah Reynolds (Eight Nights of Flirting)