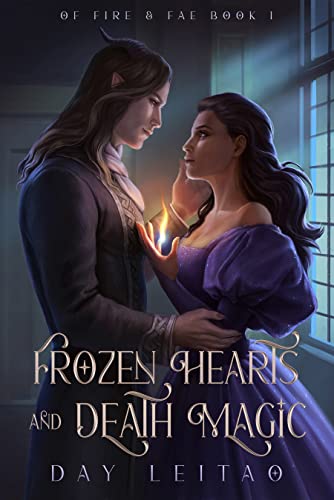 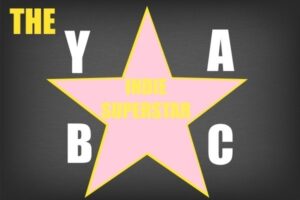 Caitlin Haines: Can you tell us a little about Frozen Hearts and Death Magic?

Day Leitao: Yes! When the book starts, Naia, one of our protagonists, finds a fae almost dying in the woods. There are two issues. First, the fae are the mortal enemies of the humans, and second, they have disappeared for almost twenty years! 😮 What is going on?

This is a multiple-pov book which also focuses on Leah, a necromancer princess from another kingdom. She has 4 days to choose a husband, and can choose any prince she wants, except one. Want to guess which one she wants? 😂

Day: I felt that I hadn’t been tackling family in my books, so I wanted to write a book that focused on family. Since I started writing about family and how the wounds of the parents affect the children, I knew I was going to have characters from different generations, and then I wanted to tackle some themes and tropes from telenovelas, just because I felt it fit with this intergenerational story.

Caitlin: If you could have any form of magic, what would it be and why?

Day: I think I like River. It was fun to peel back his layers. Emotional layers, guys.

Caitlin: If you were thrown into this fantasy world, what role would you like to play? Would you be a hero, side character, etc.?

Day: Heroes always suffer… I think I’d like to be a princess from another kingdom and not get involved in anything.

Day: I’m always drinking water, so I usually have a cup on my desk.

Caitlin: This is book one in a duology, correct? Can you give us a hint at what’s to come next? 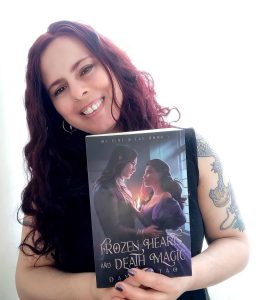 Day Leitao loves stories with humor, magic, and heart! She was born and raised in Brazil, and lives in Montreal, Canada, where she writes YA romantic fantasy. Her most recent series are Of Fire & Fae and Kingdom of Curses and Shadows. 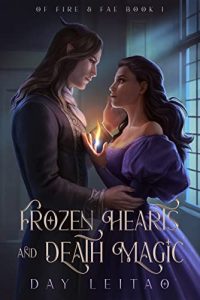 A forbidden fae kiss could be deadly.

Naia was raised in the shadow of her twin brother, the crown prince, who has iron magic much more powerful than hers. But Naia has wishes of her own. They awaken when she finds a white fae almost dying in the woods. She only heard of them in stories; the dreaded race that razed cities to the ground, killed her grandparents, almost rid Aluria of humans—until they disappeared. Now, almost twenty years later, are they back? Is there another war coming?

But the fae is evasive and secretive—and also alluring and fascinating, more beautiful than anyone she’s ever seen. And then it happens: Naia kisses him—and nothing will be the same again.

In another kingdom, Leah, a necromancer princess, has to find a husband in less than four days, during the gathering, when royals from all over Aluria meet. Her family makes it very clear that she can pick any prince she wants—except one: Naia’s brother. And it turns out that he’s the one; the one who makes her heart beat faster.

Meanwhile, war looms over the land. One of the kingdoms is amassing immense power. The White Fae might be returning. Amidst it all, Naia and her brother struggle with newfound magical powers, family secrets, and most of all, their own treacherous hearts.

Frozen Hearts and Death Magic is book 1 of the Duology Of Fire and Fae, recommended for readers 16 and up.

You are here: Indie Superstars with the Author of Frozen Hearts and Death Magic + GIVEAWAY (International)