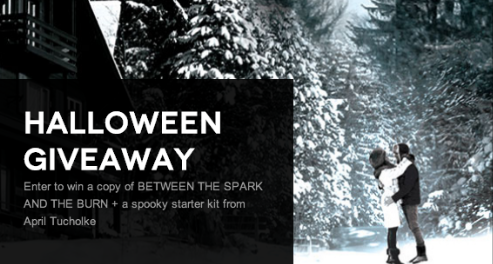 Today we’re celebrating the beautiful cover of BETWEEN THE SPARK AND THE BURN by April Tucholke, available August 2014 from Dail/Penguin, with a CREEPTASTIC Halloween giveaway! The cover is so creepy and pretty, I can’t wait to show it to you. But before we get to the goods, here’s a message from April: 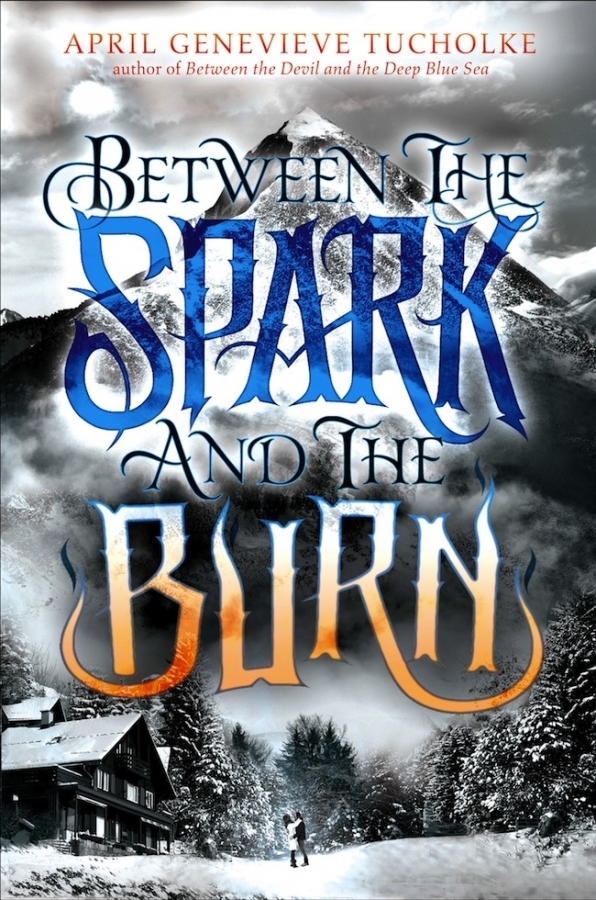 *** If you choose to share this image elsewhere, please include a courtesy link back to this page so others can enter April’s giveaway. Thank you! ***

But then, the Devil once told me that it’s easier to forgive someone for scaring you than for making you cry.

The problem with River West Redding was that he’d done both to me.

The crooked-smiling liar River West Redding, who drove into Violet’s life one summer day and shook her world to pieces, is gone. Violet and Neely, River’s other brother, are left to worry—until they catch a two a.m. radio program about strange events in a distant mountain town. They take off in search of River but are always a step behind, finding instead frenzied towns, witch hunts, and a wind-whipped island with the thrum of something strange and dangerous just under the surface. It isn’t long before Violet begins to wonder if Neely, the one Redding brother she thought trustworthy, has been hiding a secret of his own . . .

Our Thoughts
I absolutely loved Between the Devil and the Deep Blue Sea, and I loved spending time in Violet’s old, ruined mansion. But I must admit, the idea of traveling around with Violet and Neely is irresistible to me. I need this book now. And the cover is so striking. It feels cold and adventurous, yet also quite a bit scary. When the Redding brothers are around, you can’t help but feel that cold chill up your spine mixed with a bit of heat… Perfect. Tags: April Genevieve Tucholke, Between the Devil and the Deep Blue Sea, Between the Spark and the Burn, giveaway

199 thoughts on “Halloween Giveaway: Between the Spark and the Burn by April Tucholke”

You are here: Halloween Giveaway: Between the Spark and the Burn by April Tucholke