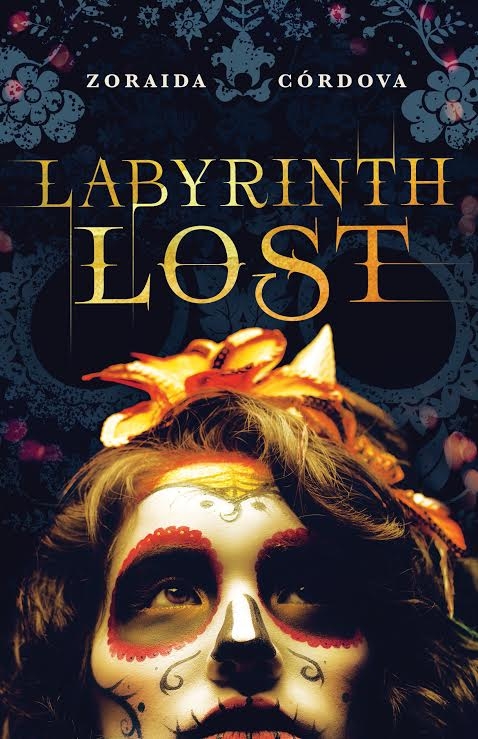 One of the questions I’ve gotten a lot when it comes to Labyrinth Lost is “Did your culture influence the mythology in your book?” While it’s a legitimate question because I am writing non­European based magic, it makes me pause. Would a white author be asked the same thing? Did I just do a huge disservice to Latinos who already face stereotypes that involve superstition and magical attributes? And so, I want to talk about some of the things I have and have not made up in Labyrinth Lost.

First off we have the Deos. These are the gods of Labyrinth Lost. The Deos are modeled after the Greek pantheon. There is a female and male parental figure. In Santeria, the minor gods make up a Supreme god. These are the Orishas. The Orishas have direct correlations to Catholic saints because of colonization and slavery. I used the structure of these two religions to create my own pantheon. I did not use the same names or characteristics because that just felt wrong. The Deos in my book are embodiments or elements and emotions. One of my favorite parts of writing this book was writing the epigraphs at the beginning of each chapter. Writing creation myths is something I love, and the story of La Mama and El Papa (the parental gods) was a lot of fun.

Next we have the thing that started my protagonist’s journey. The Deathday ceremony is a magical coming of age created for the world of Labyrinth Lost. My witches have ancestry from Mexico, Ecuador, and Puerto Rico. I pulled inspiration from the Day of the Dead and Santeria. The Day is the Dead is a Mexican tradition that celebrates death and family. I really wanted to explore those themes, because at the heart of this story is strength of family. Latin American countries are full of color, life, and joy. These are essential traits in creating my characters.

Once we leave the real world, we get to Los Lagos. Los Lagos means “The lakes” in Spanish. I envisioned Los Lagos as a world that is fluid. It shifts and changes as the control of the power changes. Within Los Lagos, there is the Meadow del Sol. It is more inspired by Alice in Wonderland than anything else. The Labyrinth itself is one of my favorite symbols from Greek mythology. It was a perfect opportunity to write my own version.

Moving on to monsters. There is one monster in particular that is inspired by my childhood in Ecuador. When you’re a kid, everyone scares you with things that go bump in the night. Duendes are evil elves that can steal you away. The Duendes in Labyrinth Lost are a little different because I gave them vices. There is a Duende of fear and a Duende of greed. I like turning an old story and adding a little bit of myself into it. But the one that’s stuck with me for a long time is the “Cuco.” In Mexico, there’s the Cucuy, which is a demon. For us (Ecuadorians), we scare kids with the “Cuco.” It’s a demon that eats children who behave badly. I always pictured a black beast with sharp teeth and claws. So, naturally, I turned it into the Maloscuro demons that hunt after Alex. Maloscuros is made up of two words. “Malo” which means “bad.” And “Oscuro” which means “dark.” These creatures literally mean “the bad darkness.”

For more, check out the Author’s Note at the end of Labyrinth Lost. Zoraida Córdova is the author of The Vicious Deep trilogy, the On the Verge series, and Labyrinth Lost. She loves black coffee, snark, and still believes in magic. She is a New Yorker at heart and is currently working on her next novel. Send her a tweet @Zlikeinzorro Alex is a bruja, the most powerful witch in a generation…and she hates magic. At her Deathday celebration, Alex performs a spell to rid herself of her power. But it backfires. Her whole family vanishes into thin air, leaving her alone with Nova, a brujo boy she can’t trust. A boy whose intentions are as dark as the strange markings on his skin.

Beautiful Creatures meets Daughter of Smoke and Bone with an infusion of Latin American tradition in this highly original fantasy adventure.

Tags: Gust Post, Labyrinth Lost, On Writing the Other When the Other is You, Zoraida Cordova

You are here: Guest Post with Zoraida Córdova, Author of Labyrinth Lost