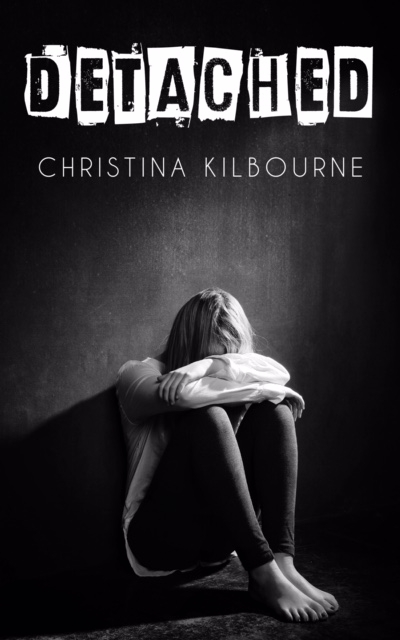 Why I Stopped Apologizing For Writing Detached

By now it’s no secret — I didn’t choose the topic of teen suicide and depression for my latest YA novel, Detached. Can you blame me? Can you imagine a big Kilbourne family dinner conversation going like this:

My mother, brimming with enthusiasm: “I hear you have a new book coming out this summer. I’m so proud of you and can’t wait to read it! What’s it about?”

The room: A long, awkward silence.

I’m a writer, I have an imagination. I could see how conversations were going to go. So, no, I didn’t choose suicide and depression as a topic to write about and I’ve suffered through a few of these awkward conversations over the past few months.

So how did I ended up writing this book? As it turns out, I was approached by someone devastated from the impacts of teen suicide, who asked me to write a YA novel on the topic. After throwing out 20 sulky arguments about why I could never, ever, write such a book, in the end Anna compelled me to write her story.

Even when it was complete and I’d hit send, when I’d questioned my editor if she really thought it was a good idea, when I couldn’t possibly turn back down the path I was on, I was nervous, anxious, apologetic. Thankfully Dundurn Press is braver than me.

For weeks I cringed when I thought about ARCs (Advance Reading Copies) being sent out‎ to reviewers and bloggers. My Facebook page was oddly silent on the topic of the new book I’d written and was soon to be released.

But then this started to happen.

I’ve also had readers reach out to say Anna’s experience was nothing like theirs. And that’s okay. Detached examines only one of infinite versions of depression and numerous reasons for someone to consider suicide. ‎But even for those who reach out to explain how I got it wrong, I’m grateful they are reaching out, grateful they are talking about it publicly. They are helping to breach the isolation experienced by those who suffer from depression and they are confronting the thoughts of suicide that too often grow unchecked. People are taking the opportunity to share their stories.

I was pulled into this book kicking and screaming like a toddler who doesn’t want‎ to share her toys or stop watching his favourite show on TV. But I’m glad I wrote it and I’ve stopped apologizing for being the author of a book about teen suicide and depression. Because whether people read it and love it or read it and hate it, they are talking about the issues. And if the conversation helps prevent one teen from suffering in silence or harming themselves, I have nothing to apologize for.

September 10 is World Suicide Prevention Day. This year’s theme is Connect, Communicate,‎ Care. I encourage you to be part of the conversation. Her writing has been translated into Spanish, Portuguese, Slovenian, and Ukrainian. Christina lives in Bracebridge. Anna has always been so level-headed, so easy-going, so talented and funny. How could anyone have guessed she wanted to die?

Anna is not like other people. For one thing, she’s been an accomplished artist since she was a preschooler. For another, she’s always felt like she didn’t belong: not with other kids, not with her family, not in her body. It isn’t until her grandparents are killed in a tragic accident, however, that Anna starts to feel untethered. She begins to wonder what it would be like if she didn’t exist and the thought of escaping the aimless drifting is the only thing that brings her comfort.

When Anna overdoses on prescription pain killers the doctors realize she has been suffering from depression and start looking for a way to help her out of the desperate black hole she never thought she would escape. It’s then that rock bottom comes into sight and the journey back to normal begins.

A Bucket of Questions
Dylan's Dilemma
Aqueous
Wherever You Are
Missing Violet
Nila's Perfect Coat
As I Enfold You in Petals
Rosewood A Midsummer Meet Cute
Making Friends With Monsters
Revelation: Poppet Cycle Book 1
I Wish
A Dream For Every Season
Tree Hole Homes: Daytime Dens and Nighttime Nooks
One and Everything
Michael Rosen's Sticky McStickstick: The Friend Who Helped Me Walk Again
Meanwhile Back on Earth . . .: Finding Our Place Through Time and Space
Jigsaw: Mystery in the Mail
The 1619 Project: Born on the Water
Mariana and Her Familia
While You Sleep
Twelve Dinging Doorbells
The Seasons Within Me
6 Times We Almost Kissed (And One Time We Did)
Ramen for Everyone
Sunshine
To the Girl Looking for More: 90 Devotions to Help You Ditch the Lies, Love Yourself, and Live Big for God
The Wicked Bargain
Where You See Yourself
Silver in the Bone
These Infinite Threads (This Woven Kingdom #2)

You are here: Guest Post with Christina Kilbourne, Author of Detached