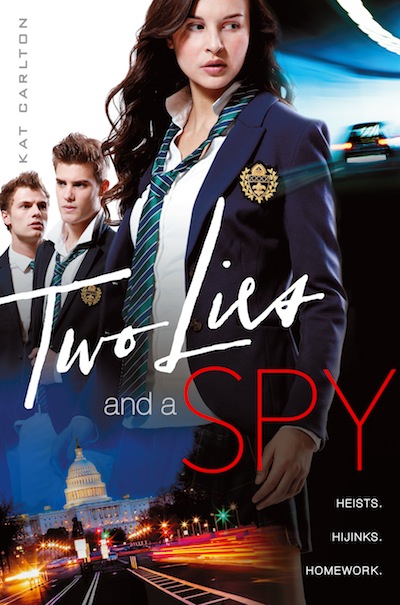 Two Lies and a Spy
By Kat Carlton
On Sale September 3, 2013
When sixteen-year-old Kari’s dad sends her an unexpected text, she and her brother immediately go into hiding. Because when your parents are superspies and your dad declares a Code Black, it can only mean something bad. Very bad.
Kari soon discovers that her parents have been disavowed and declared traitors, and she’s determined to clear their names. Breaking into the Agency seems like a reasonable plan, especially with the help of a team that includes her longtime crush, Luke, as well as her two best friends—an expert hacker with attitude and a master martial artist—and Luke’s popular, vindictive twin sister. Oh, and a new guy, who’s as cute as he is complicated…
Find out more: http://books.simonandschuster.com/Two-Lies-and-a-Spy/Kat-Carlton/9781442481725 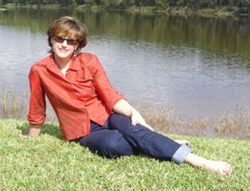 Kat Carlton is the alias for a private citizen working in the interests of truth, justice and the American Way. She’d reveal her true identity, but then she’d have to kill too many people…so Kat is content, like most covert operatives, to take names and kick ass from behind the scenes.

A Spy is Only as Good as Her Gadgets
Two (2) winners receive: Emergency Charger, Macro Camera Phone Lens, and a copy of Two Lies and a Spy

If you had to build a spy team, who would be on it and why?

24 thoughts on “Giveaway: Two Lies and a Spy by Kat Carlton (US Only)”

You are here: Giveaway: Two Lies and a Spy by Kat Carlton (US Only)