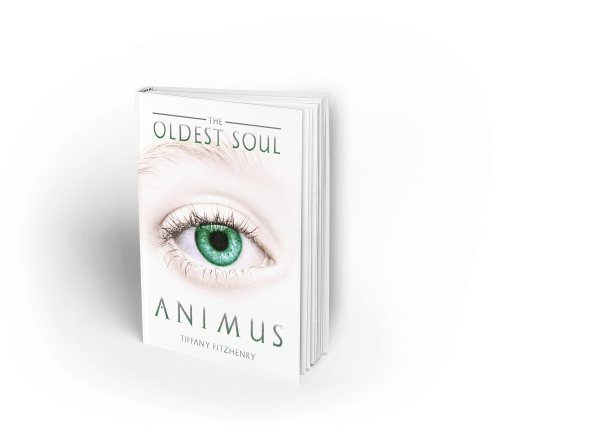 Eve has no idea she’s the oldest soul on earth, with a pre-wired connection to every other soul on the planet and that the boy she’s mysteriously drawn to, named Roman, has been her soul mate, her love of nearly three hundred lifetimes–until he tells her.

But what Roman doesn’t mention is that the new genetic test called Animus will soon expose what she is to the whole world and that he’s being tasked with the impossible; steering her, into the open arms of another, a boy named Jude. She’ll learn that Jude’s the only brand new soul on earth; the one who’s come to change the world, and that the future of humanity rests in their intertwined destiny. Tiffany has said that the story of The Oldest Soul had been “making its presence known” for several years.

Eve first sprang into her mind–like a bucket of cold water in the face–while on a walk in 2011, she promptly went home and wrote the first 4 pages (which have remained unchanged since). But she filed Eve’s one-of-a-kind journey away in her mind when work on other projects beckoned.

“I’ve been a writer of all forms of stories since I was around seventeen and the potential success of one of my TV pilots took me further from Eve’s story, but what I didn’t realize was that I was always amassing inspiration for what would one day become The Oldest Soul. Everything in my world somehow always circled back to Eve.”

In the spring and summer of 2015, in a matter of months, she breathed life into ANIMUS, or rather, it breathed life into her … “The story is a force of nature–and seemed to move through me like an incredible breath of life from someplace else.”

Tiffany has always said that stories “know what they want to be.” And that as a writer she feels it’s her job to “show up and get out of the way.” Never has that felt so true than when Eve is telling her story.

“Honestly … I just write it down.”

“Elaborate worlds infused with real human emotions and strong characters with thought provoking stories are what fills my soul.” Tiffany has spent the past few years creating such worlds in the form of original feature screenplays and T.V pilots as a screenwriter represented by David Boxerbaum at Paradigm Talent Agency. The Oldest Soul – ANIMUS is her debut novel.

4 winners, one winner per country. Each winner will receive a signed copy of Animus Book 1 in The Oldest Soul Trilogy.

You are here: Giveaway: The Oldest Soul – Animus by Tiffany Fitzhenry (US / Canada / UK / Australia)