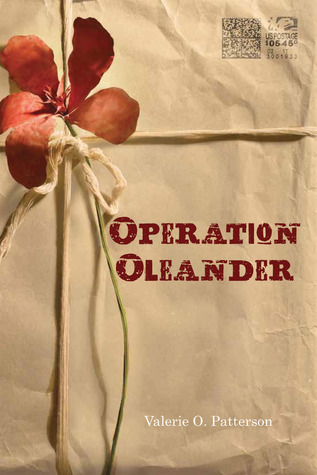 Ninth-grader Jess Westmark had the best of intentions when she started Operation Oleander to raise money for a girls’ orphanage in Kabul. She named her charity for the oleander that grows both in her Florida hometown and in Afghanistan, where her father is deployed. But on one of her father’s trips to deliver supplies to the orphans, a car bomb explodes nearby and her father is gravely injured. Worse, her best friend’s mother and some of the children are killed, and people are blaming Operation Oleander for turning the orphanage into a military target for the Taliban. Is this all Jess’s fault?

3 winners will receive a copy of OPERATION OLEANDER

19 thoughts on “Giveaway: Operation Oleander by Valerie O. Patterson (US only)”

You are here: Giveaway: Operation Oleander by Valerie O. Patterson (US only)