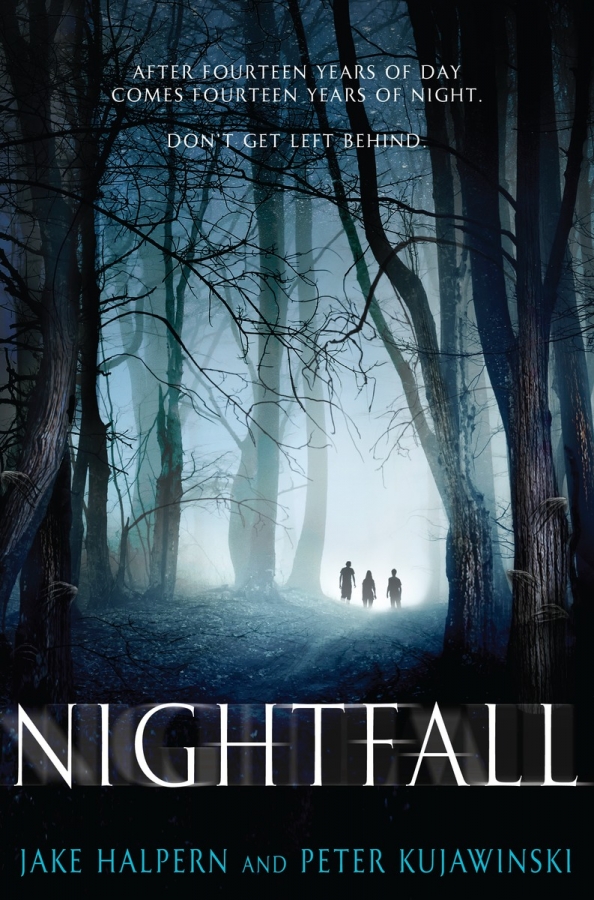 by Jake Halpern and Peter Kujawinski

The dark will bring your worst nightmares to light in this gripping and eerie survival story, perfect for fans of James Dashner and Neil Gaiman.

On Marin’s island, sunrise doesn’t come every twenty-four hours—it comes every twenty-eight years. Now the sun is just a sliver of light on the horizon. The weather is turning cold and the shadows are growing long.

Because sunset triggers the tide to roll out hundreds of miles, the islanders are frantically preparing to sail south, where they will wait out the long Night.

Marin and her twin brother, Kana, help their anxious parents ready the house for departure. Locks must be taken off doors. Furniture must be arranged. Tables must be set. The rituals are puzzling—bizarre, even—but none of the adults in town will discuss why it has to be done this way.

Just as the ships are about to sail, a teenage boy goes missing—the twins’ friend Line. Marin and  Kana are the only ones who know the truth about where Line’s gone, and the only way to rescue him is by doing it themselves. But Night is falling. Their island is changing.

And it may already be too late. 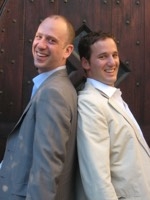 
Jake Halpern is an acclaimed journalist, author, and radio producer who has written for several publications including The New Yorker and The New York Times Magazine.  As a contributor at NPR, Jake produced one of the most listened-to episodes of This American Life. He co-wrote the Dormia series with Peter Kujawinski and is the author of Bad Paper, a nonfiction book for adults.

For eighteen years, Peter Kujawinski was an American diplomat, on assignment in places like Israel, Haiti and France and at the United Nations in New York.  Most recently, he was the U.S. Consul General in western Canada, which included Alberta, Saskatchewan and the Northwest Territories.  While working as a diplomat, he started to write for adults and children.  He has contributed to the international edition of the New York Times, and with co-author Jake Halpern, Peter wrote the Dormia trilogy (Dormia, World’s End and Shadow Tree).  He lives in Chicago with his family.


3 winners, each will receive a hardcover copy of the book.

During each giveaway, we ask entrants a question pertaining to the book. Here is the question they’ll be answering in the comments below for extra entries: Who does Marin meet on the edge of the cliff as she is waiting for Line? Find out here.

35 thoughts on “Giveaway: NIGHTFALL by Jake Halpern and Peter Kujawinski (US Only)”

You are here: Giveaway: NIGHTFALL by Jake Halpern and Peter Kujawinski (US Only)