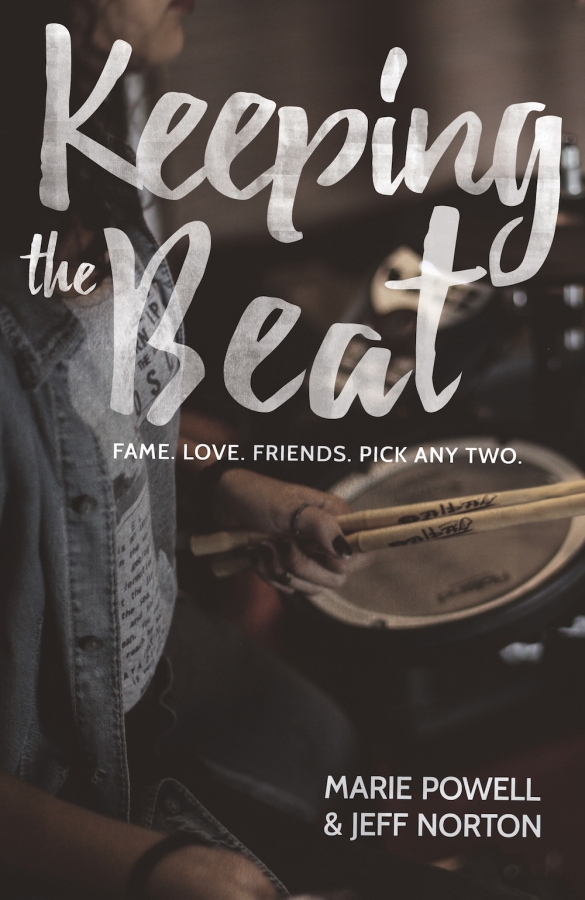 Keeping the Beat (US & Canada)

by Marie Powell and Jeff Norton

It was supposed to be the best summer of her life. Instead, seventeen-year-old Lucy finds her best friend, Harper, shot dead in an LA swimming pool. How did things go so wrong? Their band, Crush, was once the top prospect to win an international talent contest. But things fell apart when Lucy discovered Harper’s real reasons for starting a band — which had nothing to do with music. Meanwhile, her other bandmates are throwing themselves into sex, drugs and rock and roll. Can Lucy get the rest of the girls to play to her beat?

Marie Powell is a pen name for an entertainment veteran who has spent more than a decade working in the film and television business. Marie studied in New York and London before moving to Los Angeles to pursue her entertainment career. She is currently a film and television writer. Keeping the Beat was inspired by her time in London and Los Angeles and the amazing friendships she found in those two incredibly unique cities. This is her first novel.

Jeff Norton is a UK-based Canadian author. A reluctant reader as an adolescent, Jeff started writing to create the types of books that would be as addictive and compelling as the very best of film, TV and video games.

He is the author of the award-winning thriller series MetaWars, the comedic Memoirs of a Neurotic Zombie books, the picture book Stomp School and the upcoming sci-fi middle-grade comedy Alienated: Grounded at Groom Lake.

7 thoughts on “Giveaway: KEEPING THE BEAT by Marie Powell and Jeff Norton (US & Canada)”

You are here: Giveaway: KEEPING THE BEAT by Marie Powell and Jeff Norton (US & Canada)