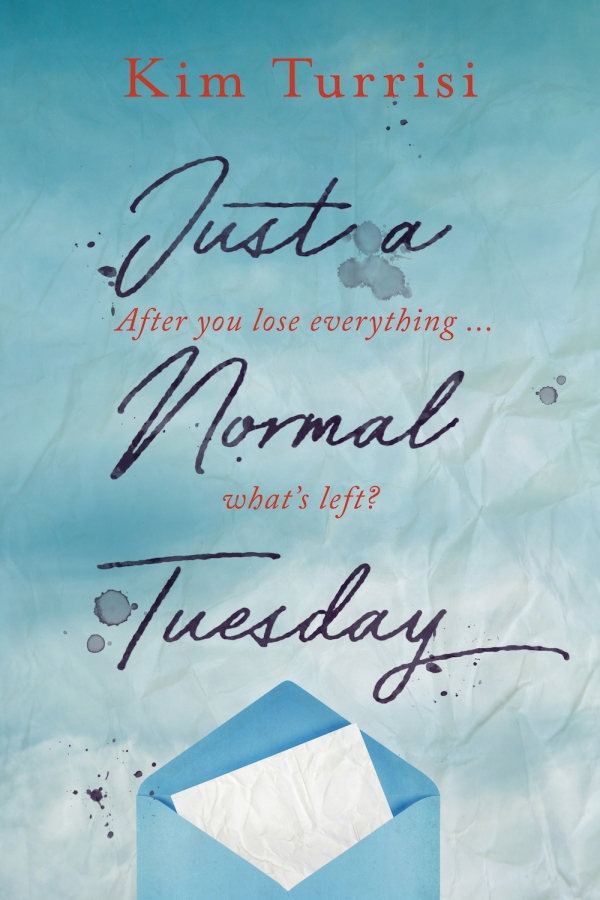 Just a Normal Tuesday (US & Canada)

For Kai, nothing will ever be normal again.

Sixteen-year-old Kai’s life is shattered forever by a letter from her sister, Jen, which begins, “If you are reading this, I am already gone.” Jen has committed suicide. Heartbroken and furious, Kai gets caught in a downward spiral, self-medicating and lashing out. When her parents decide to send her to a summer camp for grieving teens, she resists. But eventually, sharing her feelings with kids who understand helps her move forward … and even fall in love.

After graduating from Florida State University, Kim Turrisi began her career in film and television. After a year of on-set production, Kim segued into the development side of the business. She first worked as a development executive at Columbia TriStar and eventually shepherded many projects in family entertainment for Disney, Viacom and Hallmark.

Born in Hawaii, Kim credits her love of travel to her life as an Air Force brat who moved every two years. When she isn’t writing or reading, she can be found obsessing over her dogs, Riley and Rocco.

11 thoughts on “Giveaway: JUST A NORMAL TUESDAY by Kim Turrisi (US & Canada)”

You are here: Giveaway: JUST A NORMAL TUESDAY by Kim Turrisi (US & Canada)