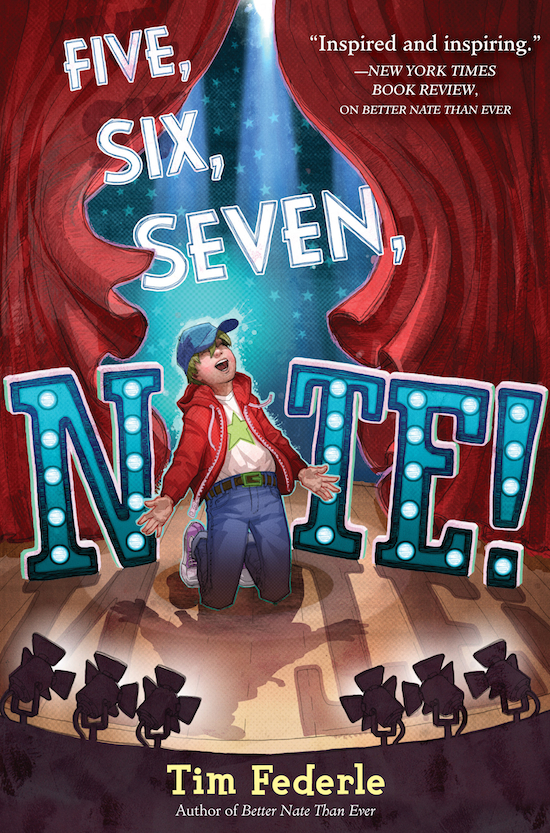 The sequel to Better Nate Than Ever: a New York Times Book Review Notable Book of 2013, Publishers Weekly Flying Start and Best Book of 2013, and Amazon Best Book of 2013.
In Five, Six, Seven, Nate!, Nate Foster’s Broadway dreams are finally coming true. Armed with a one-way ticket to New York City, small-town theater geek Nate is off to start rehearsals for E.T.: The Broadway Musical. It’s everything he ever practiced his autograph for! But as thrilling as Broadway is, rehearsals are nothing like Nate expects: full of intimidating child stars, cutthroat understudies, and a director who can’t even remember Nate’s name.
Now, as the countdown to opening night is starting to feel more like a time bomb, Nate is going to need more than his lucky rabbit’s foot if he ever wants to see his name in lights. He may even need a showbiz miracle. 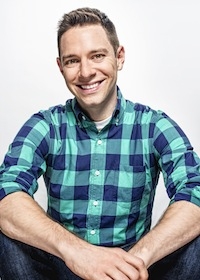 Tim Federle’s debut novel, BETTER NATE THAN EVER, was named a New York Times Notable Children’s Book of 2013, an Amazon Best Book of the Year, and a Publishers Weekly Best Book of the Year. Its forthcoming sequel, FIVE, SIX, SEVEN, NATE!, has received starred reviews from Publishers Weekly and Kirkus and was named an Amazon Best Book of the Month. Tim is a former Broadway dancer who loves both Chipotle and you. Say hi to the author at TimFederle.com and on Twitter @TimFederle. Also find Time here: Facebook | Goodreads

What’s the going-away present Nate gives his best friend? Find out by reading the first chapter at Entertainment Weekly here!