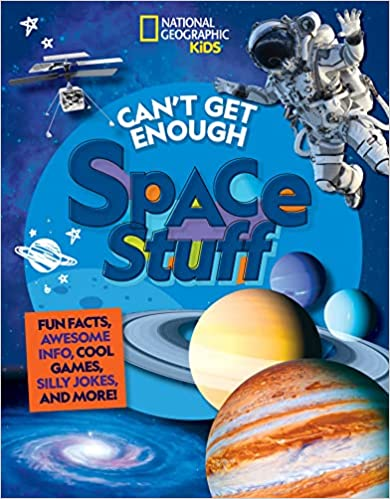 We’re excited to host the giveaway for Can’t Get Enough Space Stuff!

Read on to find out more about the book and giveaway:

About the Book: Can’t Get Enough Space Stuff 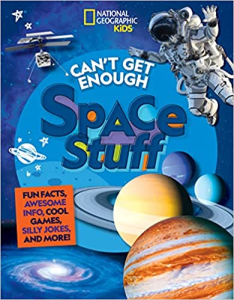 Blast off with the perfect combination of facts, stories, photos, and fun all about what lies beyond Earth’s atmosphere―SPACE!

This book has everything to captivate space enthusiasts: Tons of fun facts, exciting games, hands-on activities, hilarious space jokes, stories from experts, and tidbits about the latest info on black holes, the International Space Station, and what life on Mars could look like.

Key features include:
•A glossary game in the front of the book to learn key space terms
•More than 200 stunning illustrations and photographs
•Detailed diagrams and infographics
•Hilarious space jokes
•Articles that do a deep dive into outer space research and hands-on accounts from experts
•Hands-on activities you can try at home
•Quizzes and games to test kids’ knowledge

Stephanie Warren Drimmer is an award-winning author of nonfiction children’s books for National Geographic Kids, Scholastic, Britannica, and other publishers. Her work has appeared in videos for TED-ed and her TV appearances include the History Channel’s show Modern Marvels. Stephanie is a regular contributor to the Scholastic magazines SuperScience and Science World, as well as National Geographic Kids magazine.

Julie Beer is a freelance writer based in the San Francisco Bay Area. She’s a longstanding researcher for National Geographic magazines and a regular contributor to NG books, including the NG Kids Encyclopedia of the United States and the Weird But True series.