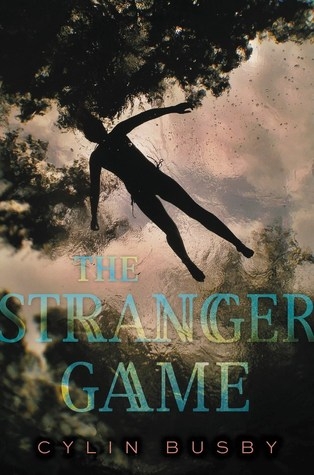 The Stranger Game is a dark, suspenseful, and twisty novel that is Gone Girl for teens. Perfect for fans of Lauren Oliver and E. Lockhart. When Nico Morris’s older sister mysteriously disappears, her parents, family, and friends are devastated. But Nico can never admit what she herself feels: relief at finally being free of Sarah’s daily cruelties. Then the best and worst thing happens: four years later, after dozens of false leads, Sarah is found. But this girl is much changed from the one Nico knew. She’s thin and drawn, when Sarah had been golden and athletic; timid and unsure, instead of brash and competitive; and strangest of all, sweet and kind, when she had once been mean and abusive. Sarah’s retrograde amnesia has caused her to forget almost everything about her life, from small things like the plots of her favorite books and her tennis game to the more critical—where she’s been the last four years and what happened at the park on the fateful day she vanished. Despite the happy ending, the dark details of that day continue to haunt Nico, and it becomes clear that more than one person knows the true story of what happened to Sarah. . . .

Nico Morris thought her sister, Sarah, was gone for good. Years passed since her disappearance, and all the leads have run cold. While Nico’s parents struggle, she can’t help being a little relived to be free of her sister’s torments. Suddenly, after four years, Sarah is miraculously found. Almost as shocking, she’s no longer cruel…or competitive, or brash, or anything she used to be. Amnesia has created vast holes in her memory, but Nico and her family know someone out there must know what happened…and they’re planning to find out the truth.

Cylin Busby’s THE STRANGER GAME is an exciting mystery, perfect for readers who love a good unreliable narrator, especially in the style of Amanda Pantich. The novel focuses around the relationship between Nico and Sarah, both past and present versions. Readers will see a stark contrast between the effects of abuse and the shaky hope of kindness as the sisters’ relationship changes. While Nico gets the bulk of the narrative, Sarah does get several chapters of her own, recounting some of her time while she was missing. The secondary characters are fairly flat, but given the focus on the sisters, that isn’t unexpected.

The mystery keeps readers on their toes and is full of twists. Around halfway, I thought I had the story figured out, but Busby uses red herrings well, and the ending is full of surprises.

Those who prefer not to give the main character their full trust should be on the lookout for Cylin Busby’s latest, THE STRANGER GAME. The gripping mystery and complex sibling relationship make this a quick, engaging read.

You are here: Featured Review: The Stranger Game (Cylin Busby)