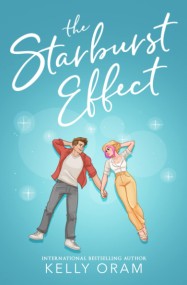 Lily Rosemont lives next door to the biggest jerk in high school. Noah Trask has bullied Lily for years, and now he’s ruined her senior year by making her a target and turning the whole school against her. On top of that, her parents are getting divorced, and her world is falling apart around her.

After an accident on the football field leaves Noah with a traumatic brain injury, shattering his life as he knew it and leaving him with a whole heap of new disabilities, he’s no longer at the top of the high school food chain. In fact, he’s right down at the bottom with Lily.

In a cruel twist of fate, if Noah wants to graduate high school on time, he needs Lily’s help to complete a project—a book he wants to write about his experience. Lily’s not sure she can put aside her anger and hate for the boy who destroyed her senior year, but she desperately needs this project to get a scholarship to college.

It doesn’t take long for Lily to realize that the Noah who got injured is not the same Noah who survived the accident. He’s different. Way different. Lily slowly softens to this new Noah, but can she find it in her heart to forgive him? Can the two most unlikely people find friendship in adversity and help each other pick up the pieces of their broken lives?

Right from the beginning we meet Lily in the midst of her parenting fighting and subsequent divorce. To make matters worse, her biggest bully happens to live right next door, hears it all, and torments her for it – turning just about the entire school against her.

I’m a cruel twist of fate, her tormentor gets injured during the Homecoming game, resulting in sever brain trauma. He awakes from a coma as almost an entirely new person, with the last year wiped out his memories.

It’s an emotional rollercoaster from the get go. We are along for the ride as Lily and Noah try to rebuild the bridge he had burned with her.

Lily is such an amazing character, written with real flaws. I’m pretty sure it would take me a lot longer to forgive my tormentor, but Lily is obviously a better person than I am. Her development is great. She starts out as this scared, meek, girl and turns into someone she herself can be proud of. Standing up for herself and others, and definitely not okay with being put last.

Oh, Noah. Like I said, I’m not sure I could forgive him as easily as Lily did. He was such a rotten character in the beginning. I’m so glad Oram did not wipe his memories completely, as I feel that that would have been cheating. He definitely deserved to remember and feel guilty about the way he treated others, especially since the person he was the cruelest to, was the only person to stick by him. Noah is a strong character, with ambition to graduate high-school, even though the odds are stacked against him.

Mason, Lily’s younger brother, was such a sweetheart. You can tell he had a lot of love for his sister from the first few pages. He was a solid rock for her in her time of need, so perceptive of everyone and everything around him. A genuinely sweet kid.

Lily and Mason’s parents though. Ugh. I understand that divorce is stressful and it brings out the worst in people, but for them to treat their children the way they did… I feel Lily, and Mason, were justified in their actions.

I love the attention to detail. You can tell Oram did her research before writing this book. I also enjoy the little tid bits that bring her previous work into this one. She casually references things for Cinder & Ella, as well as V is for Virgin.

The Starburst Effect by Kelly Oram hits hard and fast. If you’re a fan of redemption arcs, pick this book up. It is full of emotion – don’t forget the tissues. There is some content that may be triggering for some.

You are here: Featured Review: The Starburst Effect (Kelly Oram)