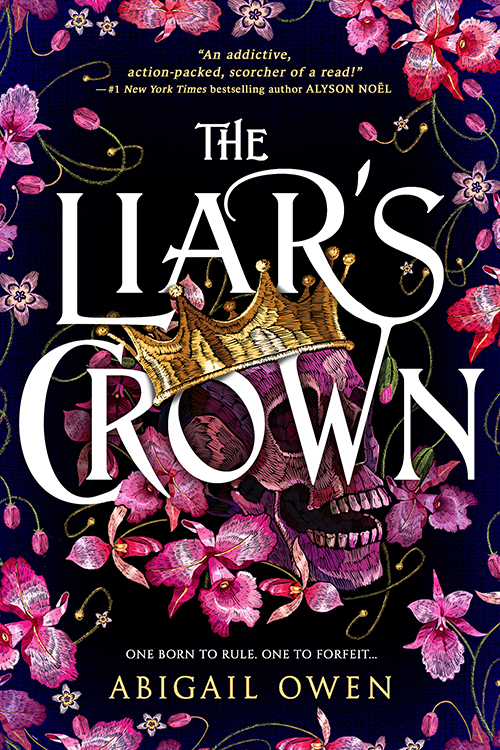 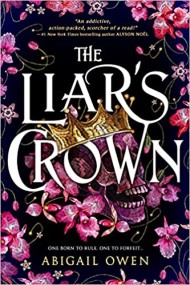 Some shadows protect you…others will kill you in this dazzling new fantasy series from award-winning author Abigail Owen.
Everything about my life is a lie. As a hidden twin princess, born second, I have only one purpose―to sacrifice my life for my sister if death comes for her. I’ve been living under the guise of a poor, obscure girl of no standing, slipping into the palace and into the role of the true princess when danger is present.

Now the queen is dead and the ageless King Eidolon has sent my sister a gift―an eerily familiar gift―and a proposal to wed. I don’t trust him, so I do what I was born to do and secretly take her place on the eve of the coronation. Which is why, when a figure made of shadow kidnaps the new queen, he gets me by mistake.

As I try to escape, all the lies start to unravel. And not just my lies. The Shadowraith who took me has secrets of his own. He struggles to contain the shadows he wields―other faces, identities that threaten my very life.

Winter is at the walls. Darkness is looming. And the only way to save my sister and our dominion is to kill Eidolon…and the Shadowraith who has stolen my heart.

THE LIAR’S CROWN is an engrossing YA fantasy adventure. Meren is a twin and a princess, but no one knows she exists. As the second born twin in Aryd, she has been hidden from birth and used as a double for her sister Tabra who will take the throne one day. What Meren dreams about more than anything is having her own life – but this will never be her lot in life.

When her grandmother dies unexpectedly, Tabra is set to rise as queen, and Meren must travel to act as her double in key events. The queens of Aryd have long been under threat from the seemingly immortal king of a neighboring realm, Eidolon, who captures and kills them. However, with the hidden twin policy, what this means is that there is still a twin to rule, hopefully the first born. When she stands in for her around the coronation, she is kidnapped – exactly what her job is meant to be.

As her kidnapper takes her away from Aryd, Meren begins to learn more about Eidolon and the state of the world, as well as about herself and her own desires and dreams.

What I loved: This was an enthralling read. Beginning with the world, it was lush, new, and really intriguing. The kingdoms are each facing their own environmental problems, of which Meren is just beginning to learn. They each have their own flair as well that makes them intriguing to see and learn about, with some really fascinating animal appearances. The mythology is presented a bit and based on goddesses with different affinities for each realm, and I am really excited to learn more about this in future books. On top of the physical world, certain people also have magical abilities that are considered related to elements (Hylorae) or souls (Enfernae) with limitations that differ from person to person and passed down through families. Meren is a Hylorae with ability over sand and glass, an ability that she also must keep hidden.

Although she is kidnapped, Meren keeps her wits about her and as she begins to learn more about her captor, the Shadowraith, her compassion turns to understanding. The romance that builds was really compelling, between two individuals who feel the weight of the world but do not have the freedom they desire. Their journey is not an easy one, and they each have obstacles to overcome in order to embrace their potential, and while they make good strides towards this and each other, the sequel will likely continue to show this growth and relationship journey.

Meren is a compelling character who has always been told that her life has one purpose, and not one that she can value. Her arc was recognizing herself and beginning to think of what she wants outside of this dangerous destiny. It is one that will continue in future books, as this programming is hard to erase. Reven was also really compelling – dark, brooding, and holding the weight of the world on his shoulders. He was complex and endeared to the reader as to Meren. Tabra was another really intriguing character, and I would have loved to get to know her better – hopefully she will have a bigger role in the future. She is the princess but even her twin does not think she is well-suited for the task. She is compassionate and kind to a fault – something that does get her into trouble. Other secondary characters were also really intriguing, and I am curious to see where they will go and learn more about them in future books.

Themes of the story around destiny, family, honesty, nature/nurture, environmental change, and politics made this a compelling read. While some major plotlines were wrapped up in this book, it does have a bit of a cliffhanger that makes waiting for the sequel really difficult!

Final verdict: THE LIAR’S CROWN is an enthralling and imaginative YA fantasy adventure that will leave the reader eagerly awaiting the sequel. Highly recommend for fans of THESE HOLLOW VOWS, THE CERULEAN, and EVER THE HUNTED.

You are here: Featured Review: The Liar’s Crown (Abigail Owen)