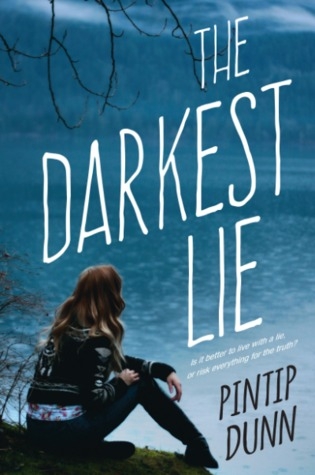 “The mother I knew would never do those things. But maybe I never knew her after all.” Clothes, jokes, coded messages…Cecilia Brooks and her mom shared everything. At least, CeCe thought they did. Six months ago, her mom killed herself after accusations of having sex with a student, and CeCe’s been the subject of whispers and taunts ever since. Now, at the start of her high school senior year, between dealing with her grieving, distracted father, and the social nightmare that has become her life, CeCe just wants to fly under the radar. Instead, she’s volunteering at the school’s crisis hotline—the same place her mother worked. As she counsels troubled strangers, CeCe’s lingering suspicions about her mom’s death surface. With the help of Sam, a new student and newspaper intern, she starts to piece together fragmented clues that point to a twisted secret at the heart of her community. Soon, finding the truth isn’t just a matter of restoring her mother’s reputation, it’s about saving lives—including CeCe’s own…

Perfect for readers looking for a mix of mystery, romance and drama.

After reading Pintip Dunn’s Forget Tomorrow, I told myself to be on the lookout for her next novels because I liked her way of writing. And again, I wasn’t disappointed.

This time Dunn offered us a contemporary/mystery that will leave us all hanging because it’s really gripping. It’s about a girl named CeCe and the mysteries surrounding her mother’s death.

I loved how every character seemed open yet shady. It was really hard to pinpoint who the antagonist was and it was fun seeing it unfold as the story progressed.

CeCe’s character was easy to follow. Her feelings and emotions was a bit overflowing so it was easy to catch as well. Her character development was one to read. Same goes for Sam. He’s a bit sketchy at first and it was a bit hard to trust. CeCe and Sam’s chemistry wasn’t hard to pick up but their romance was slow-burned so it was more than okay.

Overall, it’s a pretty enjoyable read. Perfect for readers looking for a mix of mystery, romance and drama.

You are here: Featured Review: The Darkest Lie by Pintip Dunn