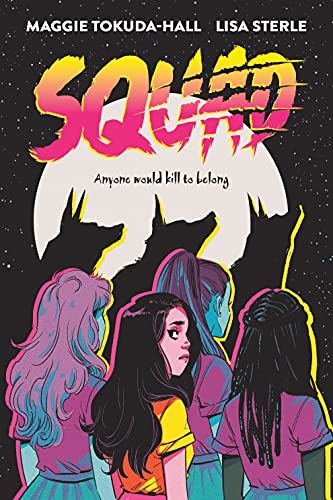 Becca is nervous to start at a new school. To her shock, she’s almost immediately pulled in to a group of the most popular girls in school. They’re stylish, edgy, beautiful, and….werewolves? When Becca discovers their surprising secret, they invite her to join them. The price is having to feed every month, but they choose their kills carefully, selecting the worst, slimiest boys. Just when it seems Becca has found her place, the boyfriend of their pack’s alpha is killed, and the cops are on the hunt for the killer. As the pack buckles under pressure, Becca isn’t sure what is right or wrong anymore and whether she really wants to fit in that badly.

1.) The theme of staying true to yourself (and your own morality lines): When Becca starts her new school, she almost immediately has to start deciding which parts of herself she’s willing to keep and which she’s willing to toss aside (like her jacket) in order to fit in. While it starts off small with things like clothing choices, it turns much darker and more serious when she joins the pack as a werewolf. She has to decide if being part of a pack means pushing aside what she considers right and wrong or if she’s willing to lock her own morality lines in.

2.) The illustration: Lisa Sterle blew my mind with SQUAD’s illustrations. It perfectly blends the classic colorful, bright teen girl palette with the dark, edgier supernatural tones. On top of that, the fashion designs are absolutely adorable. I loved Becca’s clothes in particular, but all of them were so cute. Sterle also astounds with clear facial expressions that speak volumes, even when the character isn’t saying anything.

3.) The romance- I won’t give spoilers to who Becca develops a crush on, but I shipped them from the first time they met. Their romance is very sweet, gentle, and grows stronger and stronger. If you like wlw friends to lovers romances, this is absolutely for you!

While completely different than THE MERMAID, THE WITCH, AND THE SEA, Maggie Tokuda Hall once again wowed me with SQUAD.