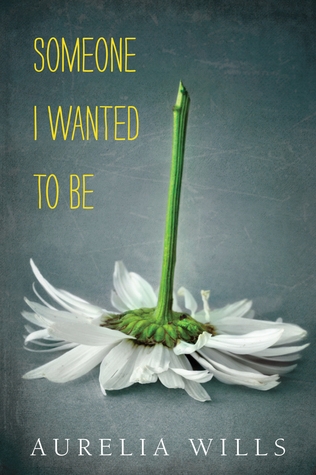 When an insecure teen starts impersonating someone else, her life spirals dangerously out of control in a realistic, relatable novel about finding yourself—and discovering your true friends.

Leah Lobermier dreams of becoming a doctor, but it’s hard to stay focused on getting good grades when boys make oinking sounds at her in school and her mother spends every night on the couch with a bottle of wine. Leah’s skinny and popular “friends,” Kristy and Corinne, aren’t much better and can hardly be counted on for support. When the girls convince a handsome older man to buy them beer, Leah takes his phone number and calls him, pretending to be Kristy—coy and confident—and they develop a relationship, talking and texting day after day. But as the lie she created grows beyond her control, can Leah put a stop to things before she—or Kristy—is seriously hurt?

Someone I Wanted To Be

What worked: This is a realistic portrayal of a teen who is ridiculed by just about everyone, including her so-called friends, and the lengths she’ll go to be noticed.

First off, this book brought back memories of my own awkward years when I tried so hard to fit in. Leah Lobermeir is the ‘fat’ friend and hangs with Kristy and Corinne even when they call her ‘fat’, ‘fatso’, and other belittling names. Then when a strange older guy tries to hit on Kristy and gives Leah a matchbox with his phone number? Leah takes on a fake identity to develop a relationship. Only things get scary fast.

The situation Leah gets herself in by impersonating Kristy is one that I’m sure some can relate with only it goes terribly wrong. Wills gives us a heroine that is flawed but also very vulnerable with her need to be accepted. There are some passages that I shouted out loud, “NO.” The cruelty is at times very heart wrenching. Some might say, “Why does she keep going back to Kristy if she’s so mean?” The answer to that is very complicated. Add to the story Kristy’s dying mother and the guilt her friend Corinne gives her about how they need to stay strong for Kristy. Leah isn’t hard and tries to excuse Kristy’s cruel comments and unpredictable behavior. I personally think Kristy’s behavior showed hints of a mental problem besides her own way of dealing with her dying mother.

There are some characters that are more than sympathetic like the high school English teacher, Kristy’s mother, and nerd Carl. I also loved Anita who others ridicule but isn’t that much different than Leah.

Leah’s plight is sure to resonate with readers. You can’t help but want her to succeed even when it seems like everything is going against her. The scary, hot older guy, “Mr. Corduroy” shows what can happen when you push the envelop too far. I’m sure more than a few teens can relate with the older guy checking out younger girls. These predators aren’t always the creepy guys but can hide behind a handsome mask and sweet words.

Heart wrenching at times contemporary tale of an unlikely heroine that struggles to fit in while trying to stay true to herself.

Good Points
1. Authentic voice of an insecure teen and the lengths she’ll go to have friends

You are here: Featured Review: Someone I Wanted To Be (Aurelia Wills)