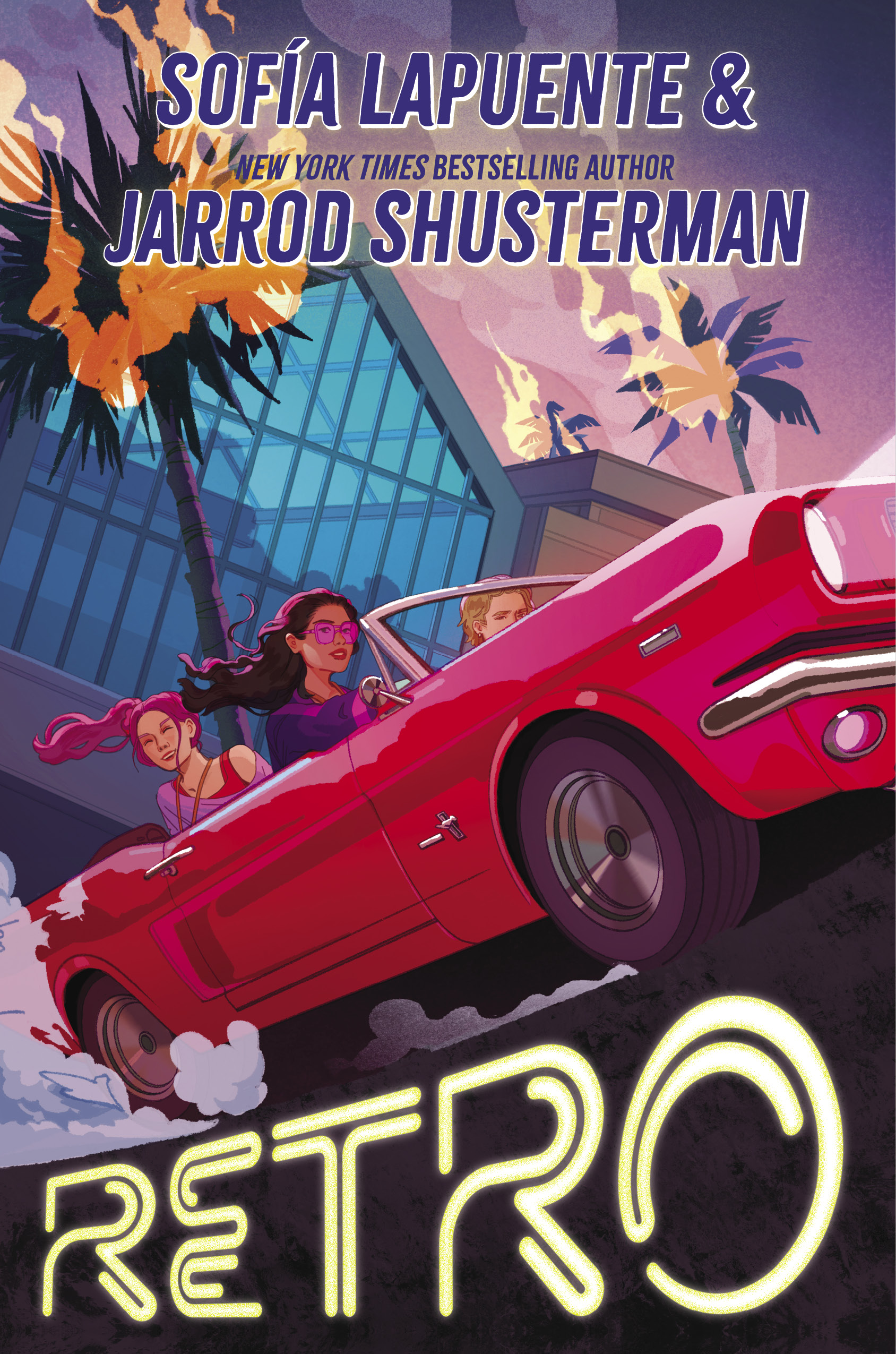 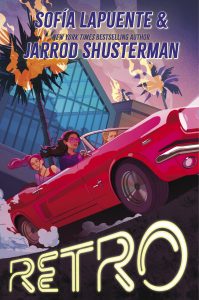 It was never meant to happen this way.
Things were never supposed to get this out of hand.

After a cyberbullying incident at her school goes viral, Luna Iglesias finds herself at the heart of a brewing controversy. When the social media company Limbo—who are also implicated in the scandal—sweeps in with an offer that sounds like an opportunity to turn over a new leaf and receive a scholarship to the college of her dreams, she’s happy to jump on the new trend. It’s called the Retro Challenge, where contestants live without modern technology, wear vintage clothes, party as if the future weren’t already written, and fall in love as if they were living in a movie.

At first, the challenge is fun. But then things get dangerous. Kids start disappearing, including Luna’s friends. There are voices in the woods. Bloodred markings on the trees. And Luna increasingly begins to wonder if all these strange happenings are connected with the Retro Challenge.

Secrets. Lies. Betrayal. The weight of her family on her shoulders. There’s so much on the line for Luna, not to mention she’s falling in love with the last guy she expected. Unless she can figure out the truth behind who’s sabotaging the challenge, the next person to disappear may be Luna herself.

Before high school starts, Luna and her friends Mimi and Samantha spend the day at the mall where Luna’s mother runs the local movie theater. When Samantha shoplifts a lot of electronics equipment, she has Luna literally hold the bag, and take the blame for the theft. Samantha’s lawyer mother comes and pays a $3,000 fine, but since Samantha won’t tell her the truth, her mother expects Luna to pay her back. Luna’s father is dead, and her mother’s immigration status is still in process, so there’s no way she can pay back that much money. Not only that, but she feels betrayed. The most popular social media outlet at El Dorado high school is Limbo, and when Luna realizes she has an incriminating video of Samantha, she sends it to a couple of friends… who eventually post it on Limbo, where it goes viral. Samantha is upset, and when she does something drastic, Luna regrets her actions. Because Limbo is linked to all of the drama at the high school, officials arrive from the company with a way to help repair the culture. They institute a Retro Challenge, where teens have to promise to use only technology available before the first smart phone, in about 2000. Because the prize in the competition is a college scholarship and money is tight, Luna enthusiastically takes it on. Teens are also encouraged to wear vintage clothes and listen to old music on Walkmans, but there aren’t a lot of teens who can separate from their phones. There are a bunch of noncompetitors who start to enjoy the lifestyle, called Retromaniacs, who start to hang out at the mall. The movie theater starts doing much better, which is good because there are developers who want to tear down the failing structure to build apartments. There is a dark side to the Retro challenge, however, and when girls (including Mimi) go missing, Luna starts to question Limbo and everything connected to the challenge. Can any of what’s happening at her school end well?
Good Points
I picked this up because I thought the story would use retro fashion and lack of technology in a fun and whimsical way; be warned that this gets pretty dark. The story starts with the scene of Luna being held hostage, and we see horrifying snippets of this throughout the book. I should have known that Lapuente and Shusterman, partners who have worked on other young adult titles like the Scythe series and Roxy, would have a more serious and frightening twist on the effects of social media.

There’s a lot of cautionary social media information, and Samantha’s experience is a sobering one. There is a lot of high school relationship drama, and Luna gets involved with Axel, whom she has been warned is not all he seems to be. The fight to save the mall is a hard one, especially with the Retro Challenge going on. It was a little surprising that the school let Limbo address students and didn’t really keep tabs on them; is it really a spoiler to uncover that a social media platform does NOT have the best interest of its users at heart?

It’s fun to watch the progression of books that cover the various aspects of technology in young people’s lives; these started in the 1970s with computer books like Levitin’s The Mark of Conte (1976) and continued with virtual reality (Goldman’s The Night Room, 1995), blogs (Quigley’s TMI, 2006), cell phones (Gimme a Call, 2010), Facebook (The Future of Us, 2011), virtual reality (Dashner’s Eye of Minds, 2013), and many, many more. Now that technology is everywhere, it makes sense to have modern teens step back, whether or not this is even possible! Retro is a darkly funny adventure through the sordid underbelly of high school and all its attendant drama surrounding, well, everything!