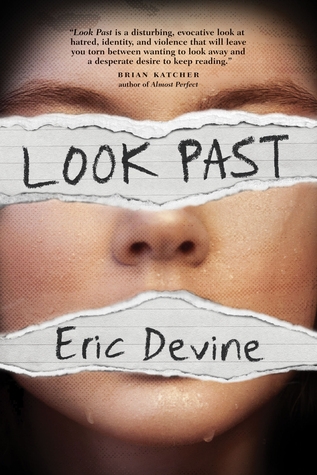 Mary is dead—murdered in a brutal way. Avery, a transgender boy who loved Mary but who was shunned by Mary’s very strict Reverend father, can’t just sit on the sidelines while the police, including his own Uncle Tom, handle the case. His interest in forensics takes over, and when he goes to the crime scene, his investigation puts him in harm’s way. The authorities are on edge, trying to decipher who the killer is, and have no time for the outcast teen. Avery must, like the rest of the town, wait for the police to do their job. However, following Mary’s funeral, Avery receives the first in a series of disturbing texts that can only come from the killer, revealing that Avery is now a target, dead-center in the continuing manhunt. With the entire town caught in the grip of fear, Avery is torn between finding the killer and protecting himself. Soon, though, even hiding and hoping is taken from Avery. The killer, in a disturbing cat and mouse game, toys with Avery’s heart and his identity. If Avery plays along, can he bring Mary’s murderer to justice? Or will sacrificing himself be the ultimate betrayal? With his characteristic honesty and gift for creating page-turning plots, author Eric Devine explores the depths one must go to in order to see past the superficial and find the truth.

Avery is a transgender teen in a small town that runs up against his small town prejudice and bullying. Then when Mary, one of the few people that loved him, is found dead? He wants to know who would kill her. What he finds is chilling.

What worked: This is a hard to read at times story where a transgender teen is targeted with harassment and hatred from the people in his small town. Devine does a great job showing what it is like to live around ignorance and hatred from those who refuse to accept a person for who he/she is.

There’s lots of darkness in this novel. Not only is the hatred so thick against Avery but the graphic details of what the murderer did to Mary is beyond disturbing. I admit, I felt uncomfortable reading some of the passages especially the terrible comments directed at Avery.

Avery’s pain is shown not only in the death of Mary, who was very close to him, but the idea that he is told that he has to deny who he is in order to stop the killings. Avery is strong and the limited support system around him does help but it’s up to him though to decide to stay true to his gender identity.

I felt lots of emotions while reading this novel–anger, sadness, and horror over what Avery has to deal with not only when Mary’s brutal murder is revealed but with the town people in general. There’s mention of a group Avery goes to for support–PFLAG-Parents, Friends, and Families of Lesbians and Gays. Avery talks about how this group ‘gets’ him and is one of the few places where he feels safe and not judged.

There are a few in town that do support him: Beth, his girlfriend and Charlie. His parents also are supportive.

I did figure out who was behind the murder before the reveal. Even then the way the murderer leaves ‘trails’ behind for Avery is haunting and chilling.

Disturbing glimpse into a small town where a horrific transphobic murder shakes not only the residences but a teen to the core. Readers will see the darkness that shadows hatred against others.

You are here: Featured Review: Look Past (Eric Devine)