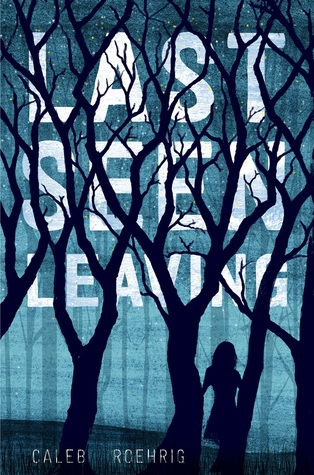 Flynn’s girlfriend has disappeared. How can he uncover her secrets without revealing his own? Flynn’s girlfriend, January, is missing. The cops are asking questions he can’t answer, and her friends are telling stories that don’t add up. All eyes are on Flynn—as January’s boyfriend, he must know something. But Flynn has a secret of his own. And as he struggles to uncover the truth about January’s disappearance, he must also face the truth about himself.

I think that the synopsis of this book is one of the main reasons why I felt so drawn into reading it. I’m still on this phase of reading tons of YA Thrillers and I’m really loving the ride.

From the first sentence of the book, I already felt like I really was going to enjoy it. And I really did. The book is set in Ann Arbor, Michigan. I think that this is the first book I’ve read that’s set in Ann Arbor, and the only connection I have with the place is a friend who lives there so I’m obviously not entirely familiar with the place and it’s nice to read about a new place from time to time.

The main character, Flynn Doherty, is a high school student, a typical one if I may say so. One day, his girlfriend, January, disappeared. Obviously, eyes turn to him, which led him to investigate on his own.

Most characters are well-rounded and dimensional. I enjoyed Flynn’s voice and his personality. It’s also nice to see that he has a high respect towards January. I can’t really say much about him because it might spoil the story but I really do like Flynn, especially his relationship with his parents.

The story was told in a way that will keep readers on edge and I absolutely enjoyed reading this book. It’s a mixture of flashbacks and present narrations which adds depth to the story. The pacing of the story is consistent, with kicks of thrills here and there. Although I have to say that this book really left me speechless. The ending is unpredictable which I enjoyed. I really can’t wait to read more from Caleb Roehrig, because this is such a strong debut.

Shoshi's Shabbat
Moo, Baa, Fa La La La La!
The Scrivener's Bones: Alcatraz vs. the Evil Librarians (Alcatraz Versus the Evil Librarians Book 2)
Our Day of the Dead Celebration
Our Little Mushroom: A Story of Franz Schubert and His Friends
If Your Babysitter is a Bruja
Shady Baby Feels: A First Book of Emotions
Wait For Me
Unsolved Case Files: The 500 Million Dollar Heist: Isabella Stewart Gardner and Thirteen Missing Masterpieces (Unsolved Case Files, 3)
Squad Up (A Power Up Graphic Novel)
The Black Slide
Shot Clock (Shot Clock #1)
What We Saw: A Thriller
The Legend of the Lost Boy (The Pathfinders Society #3)
Nothing Interesting Ever Happens to Ethan Fairmont
Who Was Che Guevara?
Who Was Celia Cruz?
Sometimes Love
Undercover Latina (The Factory)
Arab Arab All Year Long!
Peace Is a Chain Reaction: How World War II Japanese Balloon Bombs Brought People of Two Nations Together
It's a Numbers Game! Football
Sandor Katz and the Tiny Wild (Food Heroes, 4)
The Harvey Milk Story
Bottle Tops: The Art and Life of El Anatsui
Indelible Ann: The Larger-Than-Life Story of Governor Ann Richards
Outside, You Notice
Cocoa Magic
The Power of Architecture: 25 Modern Buildings from Around the World
I Am Coco: The Life of Coco Chanel