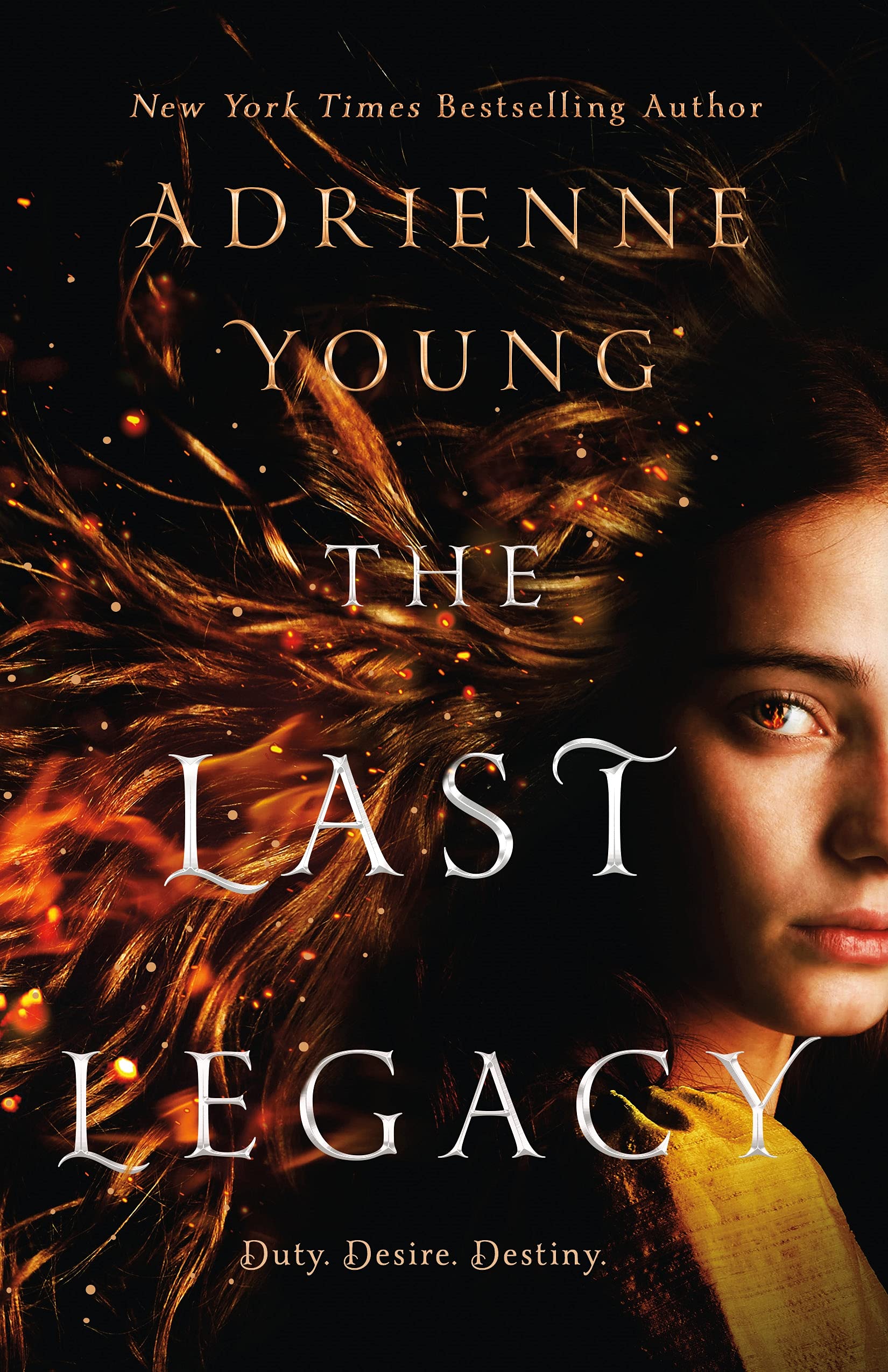 New York Times bestselling author Adrienne Young returns with The Last Legacy, a captivating standalone about family and blood ties, reinventing yourself, and controlling your own destiny. When a letter from her uncle Henrik arrives on Bryn Roth’s eighteenth birthday, summoning her back to Bastian, Bryn is eager to prove herself and finally take her place in her long-lost family. Henrik has plans for Bryn, but she must win everyone’s trust if she wants to hold any power in the delicate architecture of the family. It doesn’t take long for her to see that the Roths are entangled in shadows. Despite their growing influence in upscale Bastian, their hands are still in the kind of dirty business that got Bryn’s parents killed years ago. With a forbidden romance to contend with and dangerous work ahead, the cost of being accepted into the Roths may be more than Bryn can pay.

Intriguing YA stand-alone
THE LAST LEGACY is an intriguing YA historical about family, expectations, and forging your own path. Upon her eighteenth birthday, Bryn has been summoned across the sea to Bastian, where her family runs an infamous crime syndicate. Bryn has been raised by her great-aunt after her parents died away from the family. Though her great-aunt still dealt under the table, she was raised as a noble lady, a role she never felt she fit.

When she returns to Bastian, she finds the family answering to the head, Henrik, and she knows that games are afoot, even if she is not considered enough a member of the family to participate or know about them. However, it is clear that they are not above using her as an ends to a means. As she tries to discern who is friend and who is foe as well as the motivations behind the plots they are engaged in, Bryn must also figure out who she wants to be and how she will achieve it.

What I loved: The writing here was engaging and absolutely riveting from the start. The reader quickly gets swept away into the intrigue, mystery, and violence of this other world. The characters were quite compelling. Bryn was strong, but young and still figuring out who she wants to be. I appreciated her strength and cunning as she rejoins the family she does not remember. Other characters were equally intriguing, including Henrik, whose moods are ever-changing and whose single-mindedness towards his unspoken goals leaves everything a question, and Ezra, the mostly silent silversmith, without whose work the family’s plots would be for naught. I appreciated the character growth of Bryn as she comes into her own and seeks to define her own life.

The plot was full of intrigue as Bryn is largely kept out of the plots and must try to figure out what is afoot and her planned role in it all. These mysteries and questions kept the book moving quickly. I also appreciated that the book is a stand-alone with a self-contained story, but I would have certainly loved to see more of these characters and hear more of their journeys.

The themes of the book were really thought-provoking around family, worth, the games people play, loyalty, gender inequality, ambition, and forging your own path. I really enjoyed exploring some of these themes within the context of the story.

What left me wanting more: As a small point, the romance felt a little fast, but it could have also been the circumstances in which they found themselves. I still would have appreciated a few deeper conversation scenes to see their bond growing.

Final verdict: With compelling characters and a mysterious plot, THE LAST LEGACY is a riveting read about finding your way and forging your own fate. Highly recommend for fans of THE GILDED WOLVES, NAMESAKE, and A GOLDEN FURY.

You are here: Featured Review: The Last Legacy by, Adrienne Young