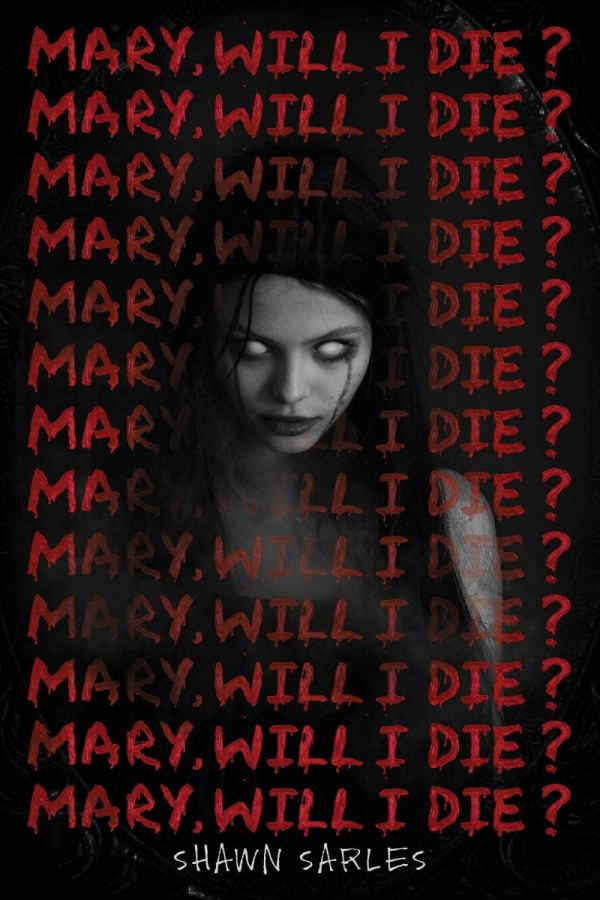 Bestselling author Shawn Sarles’ most terrifying YA horror yet . . . It starts innocently enough. Four kids – three girls, one boy – are at one of their houses, playing games. One of them has read about “Bloody Mary” and the idea that if you look into a mirror and say her name thirteen times, she will show you the future. Some legends say she’ll show you your one true love or a skull to mark your death within five years. Others say that conjuring Bloody Mary will bring her into your world. Both sets of legends are true. The kids go through with the act, saying her name thirteen times. One girl looks in the mirror and sees her longtime crush. One girl looks in the mirror and sees the boy in the group. But she pretends to see something else. One girl looks in the mirror and sees a girl she’s never seen before but can’t get out of her mind. And the boy . . . he sees a skull. But he pretends to see something else. They try to laugh it off. And mostly they forget about it. Or at least they don’t talk about it. Yes, over the next few years, whenever they look into a mirror, it’s like there’s always another figure standing in the background, getting closer. Just short of five years later, the four of them are no longer friends, having gone on separate paths. The girl whose house it was has always tried to avoid the mirror they used – because she always sensed someone in the background. One morning as she’s passing by, she sees much more than her own reflection – it’s a scary figure taunting her. She startles and breaks the mirror. When the pieces are put back together (barely), the figure is gone. That day in school, a new girl arrives. Her name is Mary . . . .

It started off as a prank among friends five years ago. All they had to do was say Bloody Mary thirteen times. Little did the friends know what they had released. Now they’re in high school and none are friends. Elena, who dared her friends to do the chant, senses something isn’t right. Then things happen in town, including a new girl who shows up at school who just happens to be named Mary.

What worked: Fast-paced twist on the Bloody Mary urban legend chant. In this case it’s linked to a German fairy tale that isn’t exactly a fantasy. This story is told from all of the four former friend’s points of view. There’s golden popular girl Elena who has a nasty streak. Steph has her own secret. Calvin, the artist whose sketches can foretell the future. Grace, the former BFF of Elena, and now outcast. One near tragedy has all of them come together once more.

Fans of Goosebumps are sure to enjoy this paranormal horror novel which is perfect for the Halloween season. There’s nothing over the top gory and there’s lots of tension throughout.

I do admit all the different points of view drew me out of an otherwise engaging tale. The ending reveal did surprise me as it wasn’t the predictable ending. I think this novel will appeal to middle schoolers as the horror level isn’t as graphic as some books like Fear Street by R.L. Stine

Engaging twist on a popular cultural myth that has former friends come together once more to battle an evil they released as children.

You are here: Featured Review: Mary, Will I Die? by Shawn Sarles