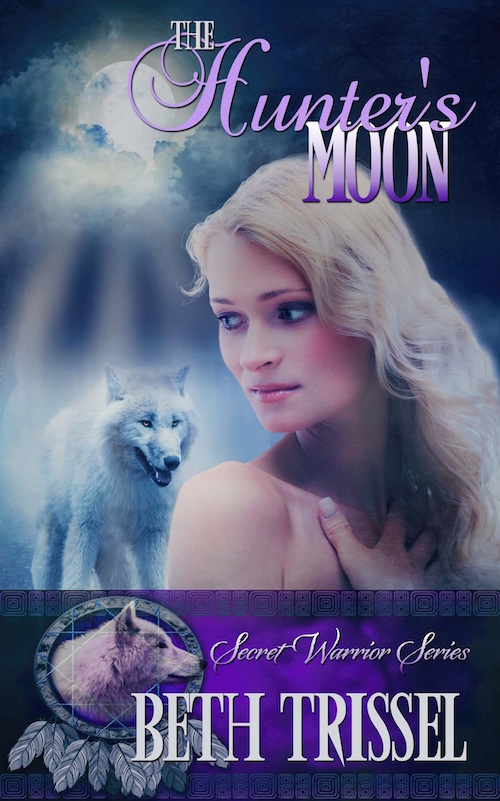 Today we’re super excited to bring you an exclusive excerpt from THE HUNTER’S MOON, the first book in the SECRET WARRIOR series, on sale now. Before we get to the cover, here’s a note from Beth:

Although The Hunter’s Moon (Book 1, Secret Warrior Series) is my first venture into the young adult genre, I’m an award-winning, multi-published author. My love of history, fantasy, and fascination with the mountain people and Native Americans inspired this series. Living in the Shenandoah Valley of Virginia surrounded by mountains veiled in mist and mystery lends itself well to creating the characters and setting for The Hunter’s Moon and the stories that will follow. Some of the characters and creatures are based on lore I’ve learned. Others appeared to me, as characters have a way of doing. A lot of research and intuition went into writing this story. Next in the series, Curse of the Moon (release date TBD). I purposefully kept these stories to novella length so they would come out faster, which means eBook format only.
~ Beth Trissel (THE HUNTER’S MOON, The Wild Rose Press) 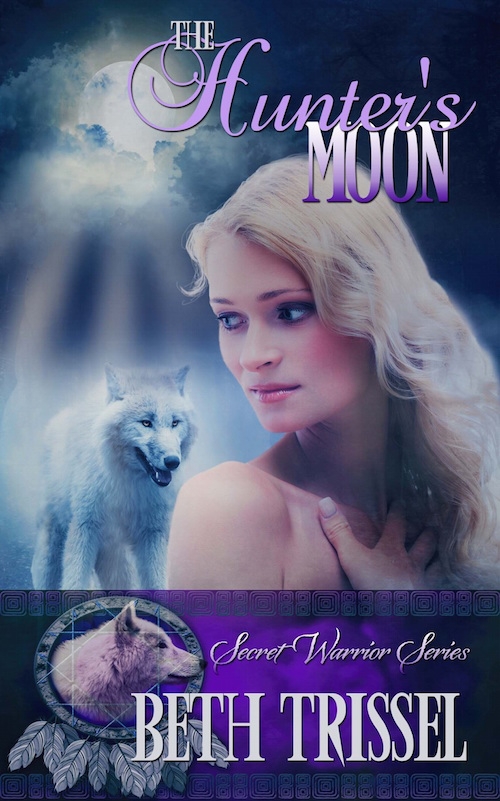 Seventeen year old Morgan Daniel has been in the witness protection program most of her life. But The Panteras have caught up with her and her younger brother. Her car is totaled, she’s hurt, and the street gang is closing in when wolves with glowing eyes appear out of nowhere and chase away the killers.
Then a very cute guy who handles a bow like Robin Hood emerges from the woods and takes them to safety at his fortress-like home.
And that’s just the first sign that Morgan and her brother have entered a hidden world filled with secrets.
To learn more about this book and see our review, go HERE.

“Should we stay, or go while the smoke lasts?” The cloth muffled her voice.
“You can hardly walk.”
She couldn’t argue that point. Neither could they wait to be found. “The Panteras won’t give up until we’re dead.”
“Maybe they think we are,” he argued under his breath.
“Maybe.”
She suspected Mateo would demand a body, even a charred one. Make that two. She and Jimmy didn’t have much choice, though, other than to crouch in dread while the fire crackled.
“Next birthday, I want an AK-47.” He nudged her. “Look.”
She fixed her blurry gaze on what appeared to be a black wolf emerging from the trees. The creature was larger than she’d thought wolves were, and she’d understood none remained in these mountains. They were all farther north or west. Somewhere else.
Apparently, she was misinformed.
Judging by its size, she guessed this was a male. He stopped before their hideout. Eyes the color of red coals surveyed them before he turned and darted down the trail she’d spotted.
“Holy cow, Batboy. Did you see that?” she whispered.
Jimmy didn’t reply. He prodded her again.
She stared at the big brown and gray wolf that took the black one’s place. Where on earth had he come from?
The beast turned its furry head at her and Jimmy. His eyes shone with a luminous light, like fireflies… 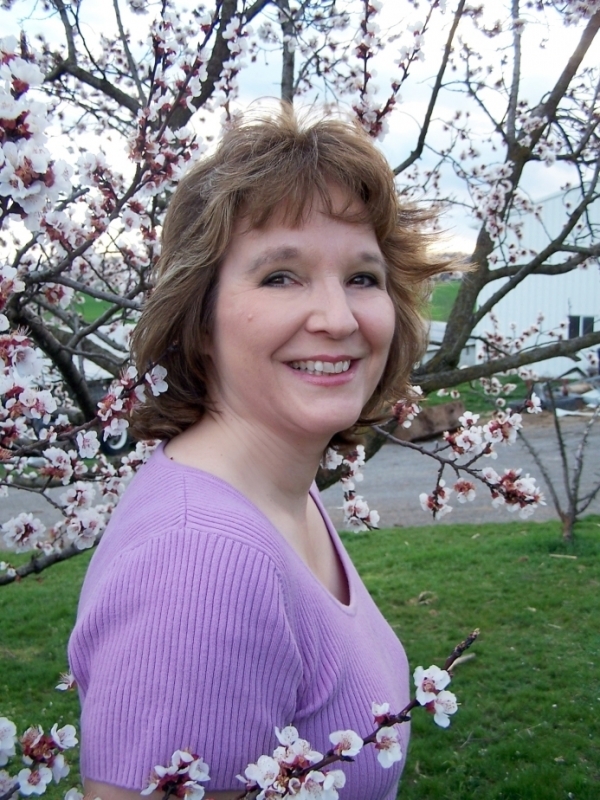 Married to my high school sweetheart, I live on a farm in the Shenandoah Valley of Virginia with my human family and furbabies. An avid gardener, my love of herbs and heirloom plants figures into my work. The rich history of Virginia, the Native Americans, and the people who journeyed here from far beyond her borders are at the heart of my inspiration. I’m especially drawn to colonial America and the drama of the American Revolution. In addition to YA fantasy, I also write historical, time travel, and paranormal romance, and nonfiction.

Three winners will each receive a Kindle copy of THE HUNTER’S MOON.

You are here: Exclusive Sneak Peek at The Hunter’s Moon by Beth Trissel + Giveaway (US Only)