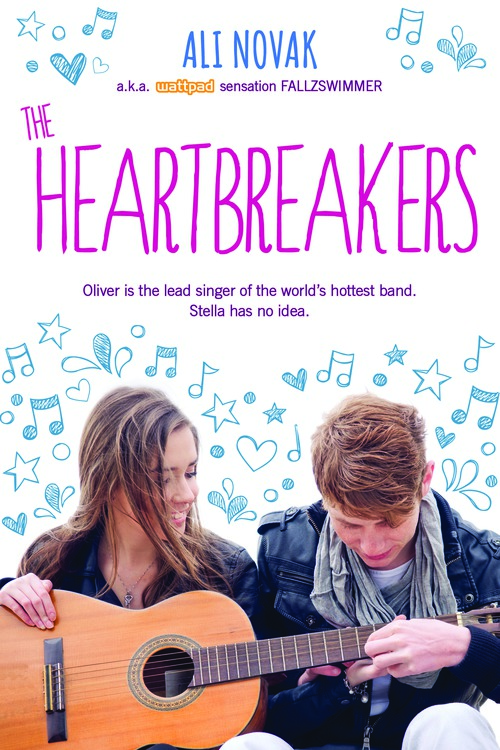 Before we get to the excerpt, here’s a message from Ali:

Hello all you lovely readers!

First and foremost, I’d like to thank you for taking an interest in my latest YA novel The Heartbreakers. For those of you who don’t know, this story was originally posted on the online reading and writing platform Wattpad, and to date, the rough draft manuscript has been read more than 40 million times. I began working on this project in February of 2012, back when One Direction was starting to gain popularity in the United States. Fan fiction stories about 1D began popping up all over the website, so I decided to go against the grain and write a book about a fictional band instead of the real one, and that’s how the Heartbreakers were born!

The first band member I created was Oliver Perry, the lead singer. Like most successful, good-looking teen heartthrobs, he can be a bit cocky, but underneath all that confidence, he’s a HUGE softie. Next is JJ Morris, the band’s drummer. I enjoy writing goofball characters, and JJ fits that description to a T—he’s always cracking (oftentimes perverted) jokes. To balance out JJ’s outgoing personality, there’s Alec Williams. He’s the mysterious, reserved bass player for the group, and although he doesn’t talk much, he’s incredibly loyal. And last but not least, we have Xander Jones, who is lead guitarist for the Heartbreakers and everyone’s best friend.

Thanks for reading, and I hope you enjoy my boys’ story!

Stella will do anything for her sick sister, Cara—even stand in line for an autographed Heartbreakers CD…for four hours. She’s totally winning best birthday gift this year. At least she met a cute boy with soft brown hair and gorgeous blue eyes while getting her caffeine fix. Too bad she’ll never see him again.

Except, Stella’s life has suddenly turned into a cheesy love song. Because Starbucks Boy is Oliver Perry – lead singer for the Heartbreakers. And even after she calls his music crap, Oliver still gives Stella his phone number. And whispers quotes from her favorite Disney movie in her ear. OMG, what is her life?

But how can Stella even think about being with Oliver – dating and laughing and pulling pranks with the band – when her sister could be dying of cancer?

“Do you ever miss it?” I asked, trying to distract myself again. My breathing hitched, and I hoped he hadn’t noticed.

“You mean my anonymity? Sure.” Something in Oliver’s voice sounded off, and I craned my neck to look up at him. He was staring past me, deep in thought, and then a scowl crossed his face. “But I would never go back. Ever,” he added fiercely.

The skin covering his knuckles turned white as he tightened his fist, and I bit my lip, not sure what to say. I didn’t think he was mad at me, but something had upset him.

“No worries,” he said, sounding much softer than before.

But Oliver seemed to be done talking, because he turned his attention back to the movie, and without our conversation, my nerves crept back up. I realized I was holding my breath when he started moving his thumb in small circles on my arm. For some reason I found the sensation calming, and bit by bit, my breathing returned to normal and I nestled down into his side. Just as I finally relaxed and turned my attention to the movie, Oliver chuckled and I felt him shake beneath me. Tilting my head back a few inches, I looked up at him through my lashes. There was a dusting of pink on his cheeks, and his eyes shinned as he laughed.

He must have felt my gaze, because his eyes snapped down and found mine. His lips slowly parted as he stared down at me, and my whole body flooded with warmth. Someone was shouting something crazy onscreen, but I was too preoccupied with Oliver to turn toward the TV. The way he was looking at me made me want to press my body further up against him, and the thought made me blush. Embarrassed by my own thoughts, I suddenly had the need to look away, to focus on anything but him, but as I turned, Oliver gently grabbed my chin. He held my head in place until I made eye contact, and then, once he knew I was watching, he dipped his head and brushed his lips against mine. 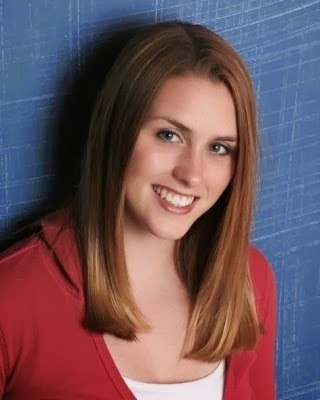 Ali Novak writes contemporary young adult romance and is a recent graduate of the University of Madison Wisconsin’s creative writing program. She wrote her first full length novel, My Life with the Walter Boys, at the age of fifteen. Since posting the story online, it has received more than 33 million reads and is now published by Sourcebooks Fire.

$100 iTunes gift card + a bundle of YA romance books from the publisher.

You are here: Exclusive Sneak Peek at The Heartbreakers by Ali Novak + Giveaway (US/Canada)