Humor often takes a backseat in YA Land. It just doesn’t get that much love compared to quirky romances about dying teens or girls running around saving the world from evil dystopian governments. Trust, I love all of the above. But as someone who peaked when meeting Keegan Michael Key and Jordan Peel, there’s nothing I appreciate more than a wicked sense of humor. And I’m absolutely thrilled when I come across a good, funny YA novel. Add to that funny YA that reflect a myriad of voices that aren’t all neurotic, straight white guys? Sign this Korean American girl up.

Here are a few personal recs for some funny YA that will most definitely diversify, and perk up, your shelf this month.

I’ve been lucky enough to be on a few panels with Bill Konigsberg (usually about diversity or humor, go figure!) and not only is he a very sweet, funny guy but those qualities also come out in his books. Openly Straight is about an openly gay teen named Rafe who has a pretty pleasant and normal life. His parents are supportive of him (almost to a fault, they’re comically progressive types) and he gets along fine at school. But he’s tired of being the gay poster child at his high school, to be defined by his sexual orientation above all else. So he transfers to an all­ male boarding school on the other side of the country and doesn’t tell anyone he’s gay—essentially, he passes as “straight.” Witty, heartfelt, and thoughtful, Openly Straight explores the complex labels teens put on each other, and what it means to rediscover yourself.

You had me at “vampire parody.” Team Human is a genuinely laugh­at­loud YA about a Chinese American girl named Mel who lives in a city founded by vampires. Which is unfortunate for her because she hates vampires (gotta’ love an intolerant protagonist with loads of room to grow). So when her best friend Cathy falls in love with one, Mel sets out to save Cathy from herself. Her adventure has her come across more than just one paranormal beast—the book also has a bit of zombie action and the genre mash­up is so fun. While the book’s basic premise is a parody, both vampire lovers and haters will find something to love in this hilarious, and surprisingly charming, take on the genre.

A few years back, Lisa Yee wrote one of the most delightfully funny middle grade novels I have ever read—Millicent Min, Girl Genius. Her new YA novel, The Kidney Hypothetical, carries the same spirit as her middle grade debut. The book deals with another youthful genius, Higgs Boson Bing (yes, named after the “god particle), your classic overachiever: Harvard­bound, debate champ, boyfriend to the school’s queen bee. But when he completely fails at correctly answering his girlfriend’s hypothetical question (Would you donate a kidney for me?), his perfect life is turned upside down. The book spans a week, and Yee manages to take those seven days and turn it into a hopeful coming­of­age story about a flawed yet undeniably authentic character.

Maurene Goo is the author of Since You Asked. She has very strong feelings about graphic design and houseplants and lives in Los Angeles. She is also a team member of We Need Diverse Books. 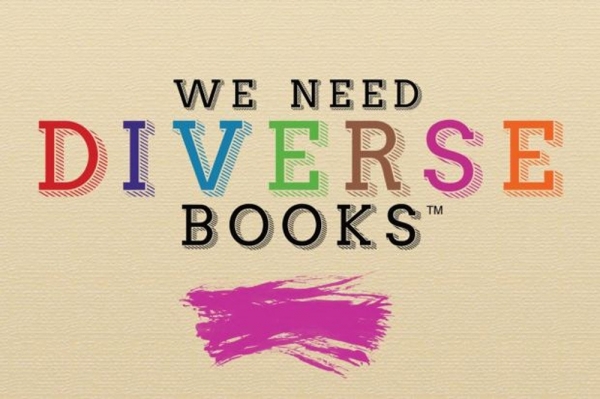 You are here: Diversify Your Shelves with WNDB–October 5, 2015