On the Freedom of the Borderlands by Shannon Gibney

One humid August afternoon many years ago, a 12­ year ­old girl huddled in the corner of a staircase, weeping. She was waiting for her parents to come home and comfort her, although she didn’t know if they could do it. A voracious reader, the girl had just found a copy of a book on transracial adoption – that is, a book about children of color adopted into white families – on the top shelf of her parents’ bookcase. Excited to finally find a book that spoke directly to her experience, the girl settled onto the family couch and dug into the worn paperback, devouring narrative after narrative on adult adoptees. After awhile, she began to notice her body heating up, as she read stories of black adults who had been raised in white environments. These grown adoptees stated that they would never fit in with white culture because they were not white, nor black culture, because they could not perform blackness. This is what will happen to me, the girl thought, and an alarm sounded in her brain. This is what has happened to me already. There is nothing I can do.

Of course, that girl was me, crouched, alone, and desperate for hope and some sort of recognition, on that step in my house as a teenager. Although it took me years to do it, I wrote See No Color for her.

This coming-­of-­age young adult novel is for that scared 12­year­old mixed black girl, and all the other transracial adoptees out there, growing up alone without community, feeling like they will never really fit in anywhere and be “normal.” More universally, it is for anyone who has ever been outside the mainstream, and anyone who yearns to find a tribe where they can be truly accepted. It is for all those who have looked for themselves in the books and stories around them, and instead have only found a blank space, or something that scared them.

In telling the story of Alexandra Kirtridge, a mixed black girl adopted into a loving if somewhat misguided family, I wanted to offer that girl I was something else to pick up off that bookshelf. I wanted her to know that there are also stories of healing through the complexity of negotiating a multifaceted identity, not just stories of breaking under the weight of it. I wanted that girl to see herself years from then, as part of both black and white communities as well as others, standing right in the middle of that messiness and feeling all of it: the belonging, the not belonging, the shame, the joy, the endless questioning.

Now an adult with my own family, to me, this is the beauty of what Chicana feminist Gloria Anzaldua has termed the borderlands/la frontera: It is a place where one’s shifting identity and multicultural fluencies and deficiencies are assets – simply because one does not demand that the world make them feel safe or legible. There is a freedom to being misread, or not read at all. There is also a freedom in not being at the center all the time. I hope this is one message that See No Color conveys.

**This post orignally appeared at Diversity in YA and has been brought to you thanks to our partner, Cindy Pon! 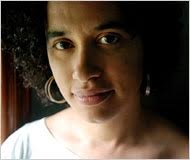 Shannon Gibney is a writer, educator, activist, and the author of See No Color, a young adult novel. Her writing has appeared in Al Jazeera America Magazine, The Crisis, Gawker, and other venues. A Bush Artist and McKnight Writing Fellow, she lives with her husband and children in Minneapolis. 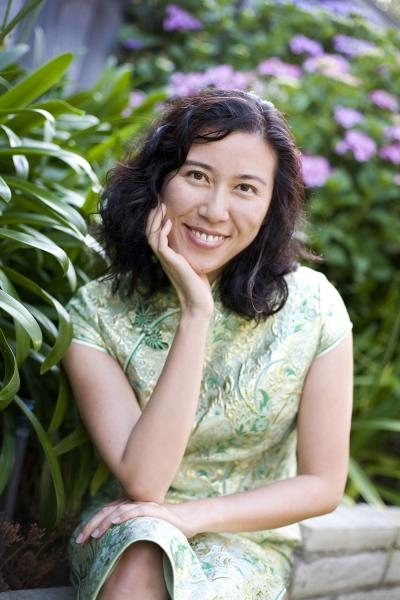 Cindy Pon is the author of Silver Phoenix (Greenwillow, 2009), which was named one of the Top Ten Fantasy and Science Fiction Books for Youth by the American Library Association’s Booklist, and one of 2009′s best Fantasy, Science Fiction and Horror by VOYA. The sequel to Silver Phoenix, titled Fury of the Phoenix, was released in April 2011. Serpentine, the first title in her next Xia duology, will be published by Month9Books in September 2015. Cindy is also a Chinese brush painting student of over a decade. Visit her website at www.cindypon.com.
Tags: Cindy Pon, Diversify Your Shelves, See No Color, Shannon Gibney, We Need Diverse Books

The Blood Traitor (The Prison Healer Book 3)
The Lucky List
That's Not My Name
The Merchant's Curse (The Harwood Mysteries #4)
Miraculous
Out of the Blue
The Witchery
Azreya, Aztec Priestess
The Twins of Moon
The Sea of Stars: Book 2 of The Twins of Moon
The Undead Truth of Us
A Girl's Guide to Love and Magic
No Admissions (The Infamous Frankie Lorde #3)
Daybreak on Raven Island
Something Beautiful
Something About Grandma
Spineless
A secret Princess
A Duel with the Vampire Lord (Married to Magic, #3)
The Drowned Woods
Rise of the Snake Goddess (Samantha Knox, #2)
Echoes of Grace
The Honeys
Big Game (FunJungle #3)
Lion Down (FunJungle #5)
Panda-monium (FunJungle Book 4)
Punky Aloha
When Santa Came to Stay
Busy Betty
Raising the Horseman

You are here: Diversify Your Shelves–January 4, 2016