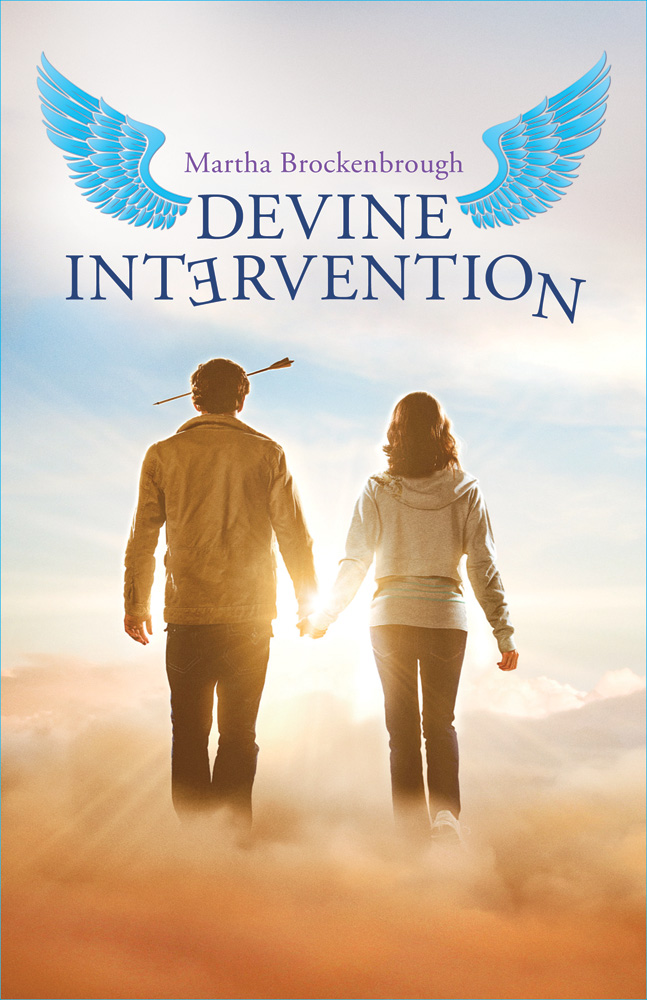 Enter to win a signed copy of DEVINE INTERVENTION plus awesome swag!

There is a great legend of the guardian angel who traveled across time and space for the human girl he loved, slaying those who would threaten her with a gleaming sword made of heavenly light.

This is not that story.

Jerome Hancock is Heidi Devine’s guardian angel. Sort of. He’s more of an angel trainee, in heaven’s soul-rehabilitation program for wayward teens. And he’s just about to get kicked out for having too many absences and for violating too many of the Ten Commandments for the Dead.

Heidi, meanwhile, is a high school junior who dreams of being an artist, but has been drafted onto her basketball team because she’s taller than many a grown man. For as long as she can remember, she’s heard a voice in her head – one that sings Lynyrd Skynyrd, offers up bad advice, and yet is company during those hours she feels most alone.

When the unthinkable happens, these two lostsouls must figure out where they went wrong and whether they can make things right before Heidi’s time is up and her soul is lost forever.

Martha Brockenbrough’s debut novel is hilarious, heartbreaking, and hopeful, with a sense of humor that’s wicked as hell, and writing that’s just heavenly.

“FREQUENTLY HYSTERICAL … DEVASTATINGLY HONEST WRITING THAT SURPRISES WITH ITS OCCASIONAL BEAUTY AND HITS HOME WITH THE KEENNESS OF ITS INSIGHT.”

One grand prize winner will receive a signed hardcover of Devine Intervention, a set of custom buttons, bookmarks, and a genuine, non-lethal arrow bracelet.

Enter using the form below:

You are here: Devine Intervention Giveaway