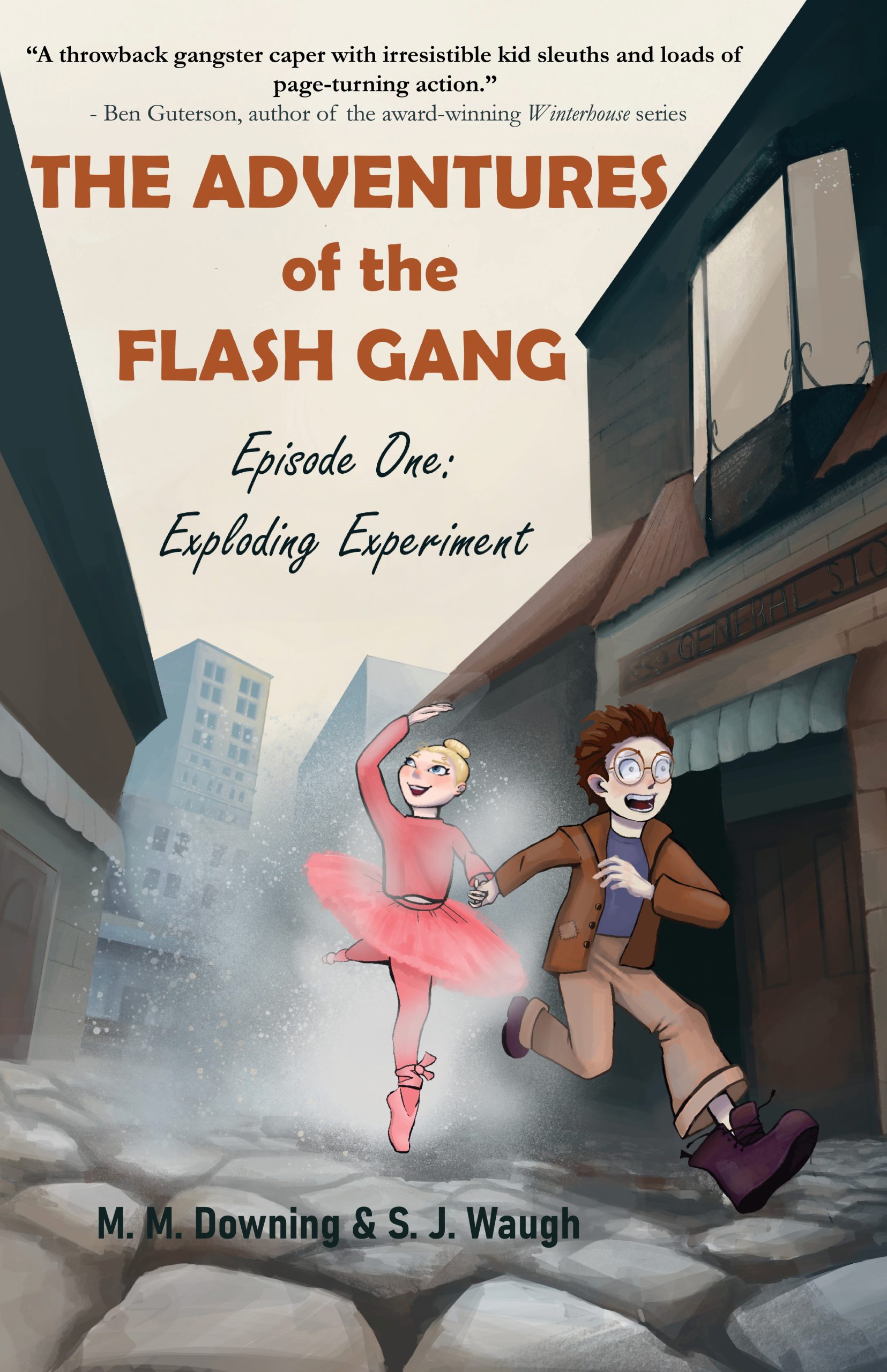 We are so excited to reveal the cover for the first in our brand-new series, THE ADVENTURES OF THE FLASH GANG. Our series is filled with gangsters, diabolical villains, and plucky street orphans led by the brave Lewis Carter and the fearless Pearl Alice Clavell. We can’t wait to share their escapades with you! 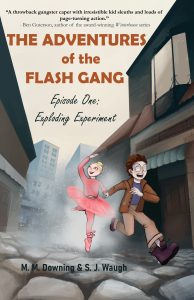 Title of the book: THE ADVENTURES OF THE FLASH GANG Episode One: Exploding Experiment

About the Book: THE ADVENTURES OF THE FLASH GANG Episode One: Exploding Experiment

That brief, blinding dazzle? The blue smudge and lingering stink? The Flash Gang has struck again! The most notorious thieves in Pittsburgh, food-stealing crooks the police and newspapers say are highly trained and very dangerous.

But eleven-year-old Lewis Carter isn’t a thief, he’s just homeless and hungry, and the Flash is just a recipe invented from bits of his missing father’s scientific research. He uses it to pinch his dinners. It’s been going pretty well, until now…Now his recipe is stolen, and he is in the clutches of some rather nasty people. Enter tutu-wearing, starry-eyed, and all around extraordinary (she will tell you) Pearl Alice Clavell. She’s on a mission to uncover a Nefarious Deed she’s convinced involves the Flash Gang and rescuing Lewis is right up her alley.

Truth is, a Nefarious Deed is afoot, one that threatens the entire country. It will take Lewis and Pearl joining forces to save the recipe and themselves against an enemy who will stop at nothing, including kidnapping, and, very possibly, murder.

M.M. Downing & S.J. Waugh joined forces to write the sort of stories they loved reading when they were ten. They also write books for teens and grown-ups, but that’s another story.

(5) Five winners will win an advanced reading copy of THE ADVENTURES OF THE FLASH GANG Episode One: Exploding Experiment (M.M. Downing & S.J. Waugh), plus some swag including bookmarks and pens. ~USA ONLY

6 thoughts on “Cover Reveal: THE ADVENTURES OF THE FLASH GANG Episode One: Exploding Experiment (M.M. Downing & S.J. Waugh), Plus Giveaway! ~US ONLY”

You are here: Cover Reveal: THE ADVENTURES OF THE FLASH GANG Episode One: Exploding Experiment (M.M. Downing & S.J. Waugh), Plus Giveaway! ~US ONLY