Today we have the honor of revealing Corey Ann Haydu’s LIFE BY COMMITTEE, available May 13th, 2014 from Katherine Tegen/HarperCollins. Before we get to the cover, here’s a message from Corey Ann:

Hi YABC!
I am so excited to finally share the cover of my second book with you! I was skeptical about any cover living up to the beautiful, eye-catching cover of my first book, OCD Love Story, but when I saw this unbelievable artwork for Life By Committee, I pretty much lost my mind. To make it even better, the designer was experimenting with some details of the cover, and came up with an ADORABLE gif to go along with my reveal. I’ve been sitting on this cover allllllll summer long, and it’s been a fun secret to have, but this beauty is ready to be out in the world. I love the colors, the whimsical feeling, the writing in the background that perfectly compliments the cover of my debut, while also giving you some clues about the book. I’m a lucky, lucky writer to have such talented people working with me and most importantly “getting” me. *Happy Author Sigh*
~ Corey Ann Haydu

Are you ready to see it? 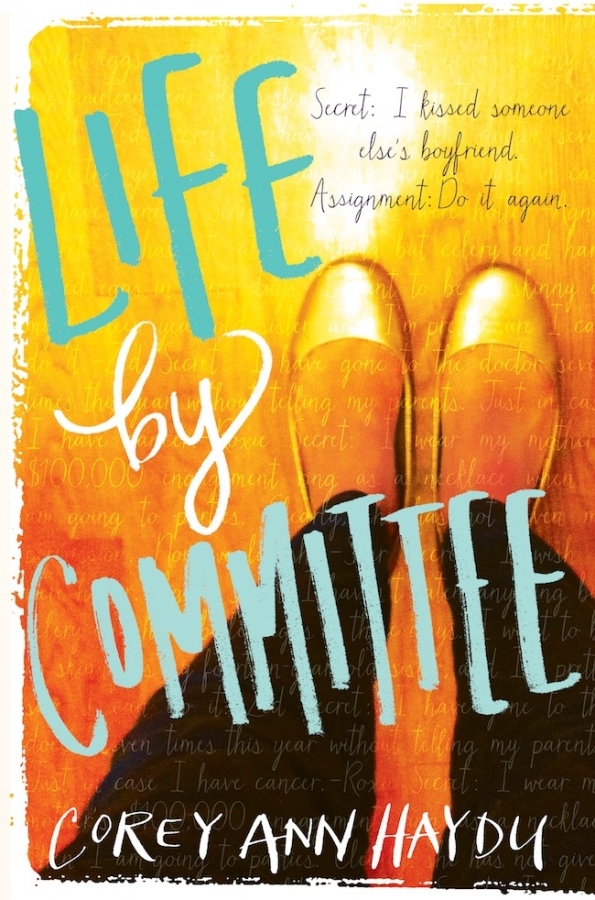 *** If you choose to share this image elsewhere, please include a courtesy link back to this page so others can enter Corey Ann’s giveaway. Thank you! ***

Some secrets are too good to keep.
Tabitha might be the only girl in the history of the world who actually gets less popular when she gets hot. But her so-called friends say she’s changed, and they’ve dropped her flat.
Now Tab has no one to tell about the best and worst thing that has ever happened to her: Joe, who spills his most intimate secrets to her in their nightly online chats. Joe, whose touch is so electric, it makes Tab wonder if she could survive an actual kiss. Joe, who has Tabitha brimming with the restless energy of falling in love. Joe, who is someone else’s boyfriend.
Just when Tab is afraid she’ll burst from keeping the secret of Joe inside, she finds Life by Committee. The rules of LBC are simple: tell a secret, receive an assignment. Complete the assignment to keep your secret safe.
Tab likes it that the assignments push her to her limits, empowering her to live boldly and go further than she’d ever go on her own.
But in the name of truth and bravery, how far is too far to go?
Check out this awesome animated gif the book designer made!

Our Thoughts
The cover: Whimsical, adorable, and I love the bright colors. The script in the background is a great touch, reminiscent of OCD Love Story. Two thumbs up!

The book: The LBC group sounds totally plausible, and Tab’s “assignments” sound like a train wreck waiting to happen. It’s going to be one of those can’t-look-away stories, isn’t it? You know Tab shouldn’t go in the basement, but she’s totally going to, isn’t she? 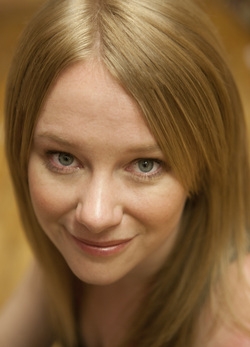 About the Author
Corey Ann Haydu grew up in the Boston area but now lives in Brooklyn, New York. She has been working in children’s publishing since 2009. Her first novel, OCD Love Story came out July 2013 and has received three starred reviews, a YASLA BYFA nomination, and is a Junior Library Guild Selection. Her second novel, Life By Committee will be published by Katherine Tegen Books in May 2014. Find out more at coreyannhaydu.com.

One US winner will receive a signed ARC (once they are available).

32 thoughts on “Cover Reveal: Life by Committee by Corey Ann Haydu + Giveaway (US Only)”

You are here: Cover Reveal: Life by Committee by Corey Ann Haydu + Giveaway (US Only)