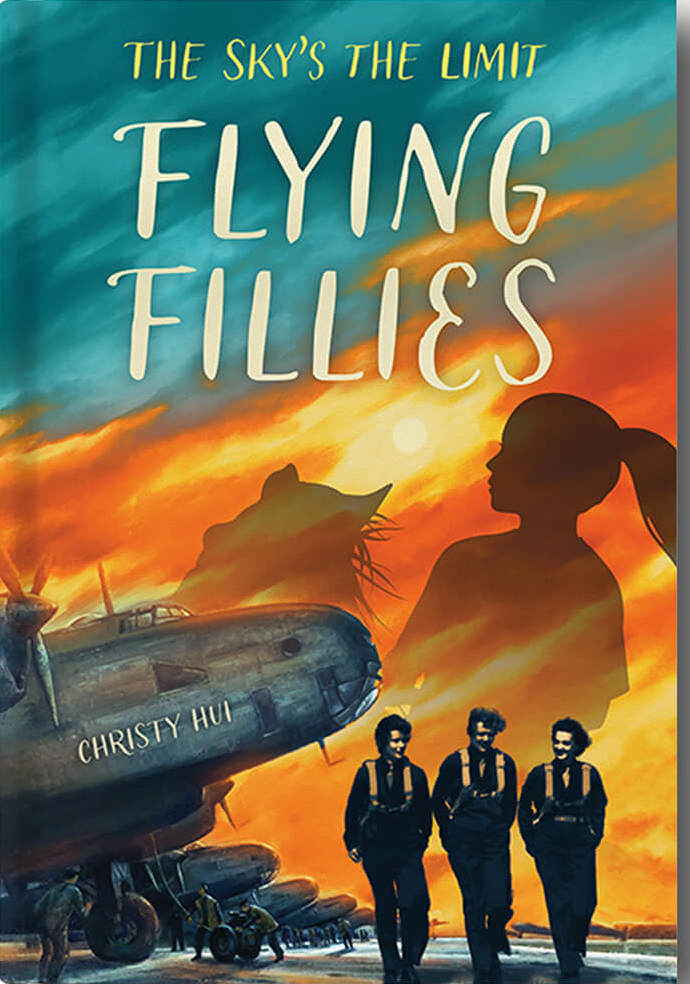 YABC is excited to share the trailer reveal for

Flying Fillies: The Sky’s the Limit by Christy Hui!

Read on for more about Christy, her book, and a book trailer reveal! 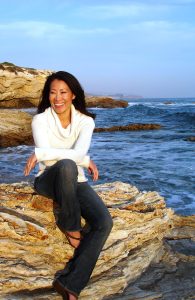 Christy Hui grew up in China, reading every martial arts novel she could lay her hands on and dreaming of becoming a martial artist. After emigrating to America as a teenager, she became an award-winning children’s T.V. producer and writer. Her works include Xiaolin Chronicles and the Emmy-winning animated series, Xiaolin Showdown, produced by Warner Brothers Animation.

Christy is passionate about filmmaking and tea! In fact, she loves tea so much that she made a documentary, 9 Dragons Tea, about how this beverage changed the world.

FLYING FILLIES: The Sky’s the Limit holds a special place in her heart. It celebrates the WASP—Women Airforce Service Pilots of WWII—timeless heroines who defended freedom with unflinching courage and showed the world that glass ceilings are made to be flown straight through!
About the Book: Flying Fillies: The Sky’s the Limit 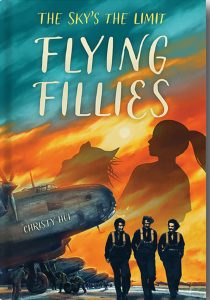 FLYING FILLIES is an adventure book for children about growing up with the female pilots in World War 2.

A surprise attack on Pearl Harbor plunges America into World War II! Defeat would mean a future too horrible to imagine, so every American must play their part, including 12-year-old Dawn Springfield.

Dawn volunteers at nearby Avenger Field in Sweetwater, Texas. Her aunt Georgia has joined the WASP—Women Airforce Service Pilots—a program that trains female pilots to fly military planes to relieve their male counterparts desperately needed on the battlefront. Only a few will be chosen; even fewer will survive the training—some won’t survive at all.

Through laughter and tears, triumph and disaster, Dawn watches the Flying Fillies, her nickname for the WASP, overcome every obstacle and soar to new heights. Their stories and sacrifice inspire her coming of age.

Highly recommended by educators, parents, and teachers, this historical fiction book for children makes for an excellent resource to supplement the history curriculum in schools. And for parents who teach their kids at home, this is an excellent addition to the homeschool books.

Flying Fillies showcases a LOOKING BACK section with vivid historical photos to bring to life real WW2 WASP in training, thanks to the support of the National WASP WWII Museum in Sweetwater, Texas.

This children’s book also includes ample archival images from war bonds to victory gardens and canning to illustrate the time and WWII history.