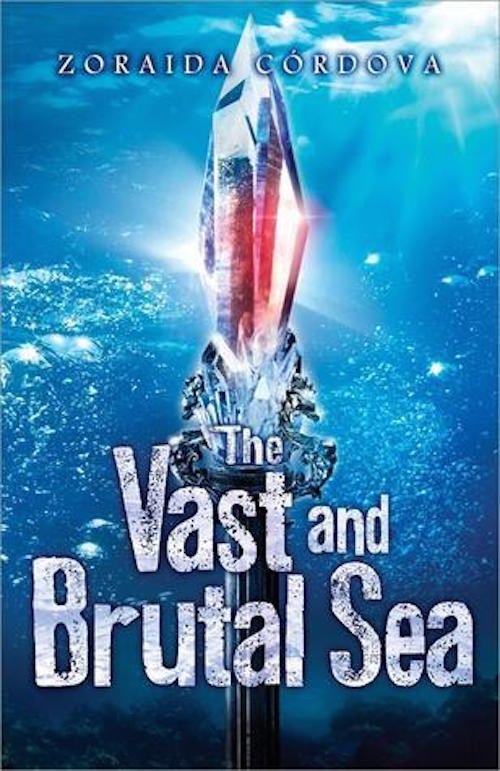 The Vast and Brutal Sea
by Zoraida Córdova

In two days, the race for the Sea Court throne will be over-but all the rules have changed. The sea witch, Nieve, has kidnapped Layla and is raising an army of mutant sea creatures to overthrow the crown. Kurt, the one person Tristan could depend on in the battle for the Sea King’s throne, has betrayed him. Now Kurt wants the throne for himself. Tristan has the Scepter of the Earth, but it’s not enough. He’ll have to travel to the mysterious, lost Isle of Tears and unleash the magic that first created the king’s powerful scepter. It’s a brutal race to the finish, and there can only be one winner.

DYLAN: THE SEA CHAMPIONS OF THE VICIOUS DEEP TRILOGY

Before he was a champion for the crown, Dylan, son of Ammon, merman of the Western Seas, was in love. His name was Evan.

Evan, a merman of the southern coast had dark hair, dark skin, dark eyes. He was the opposite of every thing Dylan was. Brave, eager to fight for his king, and a ready friend to all.

Before the court of the Western Sea set off for Toliss, where their king announced he had a newly discovered grandson, a human grandson at that, Dylan was hopeful he could lead a very happy life. Let the human boy have the crown. This Tristan Hart didn’t look like much from faraway, but he’d learn the way Dylan had learned to pick up a sword and say the right things to keep his corner of the seas at peace. But the other champions wouldn’t stand back, and Dylan’s father wouldn’t have their family bow down to a halfbreed human boy.

So they set sail after the presentation of the champions when King Karanos broke his trident into three pieces and set them loose in the oceans. Lord Ammon’s ship had their best men, a court of chattering princesses, and two ancient augurers. While the augurers dug their scaly fingers into the bellies of spotted sharks, Dylan leaned against the side of the ship and watched the waves toss around them. His legs itched where skin replaced the light blue of his scales. He wiggled his toes, just like they all did when they were in this form.

For a people who hated humans, they didn’t mind the magic in their veins allowing them to use the convenience of legs. Dylan sighed at the open sea, and thought it was curious how dark the sky was already in this part of the world.

“Nasty surface weather,” Evan said, coming up beside him.

Dylan felt his body do many things at once. His stomach fluttered, his heart expanded, and his tongue went dry. It was always this way when Evan was around. Evan with his lovely dark eyes. His armor gleamed in the soft light of the moon. His hand reached out for Dylan’s, and rested there for a good long while.

“Never that,” Dylan said, threading their fingers together. “I mean the championship. How are we supposed to get answers from the tribe? And even if I do find a piece of the trident, am I really supposed to…kill the others?”

Evan smiles at him. He loved it when Evan smiled, but there were few things about Evan that Dylan did not love. The only thing he could think of was Evan’s duty to the guard, and worrying on whether or not he’d return to him or get cut into surf at the bottom of the ocean.

“Brave?” Dylan shook his head. “You flatter me. Do you know the only thing stopping me from jumping into the sea and swimming far far away is you?”

“And bring me back?”

“No.” Evan grabbed onto the leather sheath on Dylan’s chest and pulls him close. He presses his lips to his and they kiss softly, but quickly. “And do that.”

Somewhere on the ship an augurer shouted, “We’re approaching the mist, my Lord Ammon!”

And a princess wanting to become Dylan’s queen stormed away and landed into the arms of a member of the guard.

And a decrepit creature clawed its way up the side of the ship and on board. It’s teeth ripped into the shoulder of the first guard it found. It’s jagged claws ripped through the neck that followed.

It was not alone.

They moved too fast to draw screams, the shouts still lodged in the throat of their victims.

“We’re under attack!” yelled Lord Ammon, trying to draw his long sword. But the ship heaved and he lost his footing, damn his legs. He shifted into his tail and slapped the vicious merrow that attacked him. If he were to die, it would be as his true self. He would die fighting. He could see Dylan running to his aid, but the creatures kept coming. Ammon grabbed one of the infernal merrows by the ankle and pulled him to the ground. He stared into its shark-like face, breathed the rot in its mouth, and twisted the creature’s neck. It’s decomposed in seconds, oozing black blood.

“Father!” Dylan shouted. He was covered in blood, black and red, and an angry gash cut his chest. “Evan!”

Dylan swung his sword left and right, and tried to reach for his father, who lay beaten and disarmed. He couldn’t find Evan. When the shouting started Evan kissed him, fast and hard as a goodbye, and ran into the fray.

Dylan shook his head, surrounded by bodies torn in half and the deformed creatures he’d only heard about in stories of old. He couldn’t get his feet, his stupid human feet, to move.

The merrow pushed Dylan to the ground. It’s fists were ready to rip into him, but Ammon blocked the blow with his whole body. The spear-like nails dug into Ammon’s chest. Even as Dylan screamed, his father, one of the ancients of the seas, petrified into coral, then crumbled into pieces.

Dylan didn’t have time to scream. The merrows overran the ship. He took his father’s sword a sliced through one, two, three wretched bodies at once. He broke the skin of his fists on the merrow’s coarse hides. He screamed Evan’s name and was answered by growling and the cry of the dying.

Then he felt the mist.

He grabbed a flaming torch and threw it on the ground. He knew he had to go now, go far, while he had the chance.

“Evan!” He screamed again. But no one answered. As the ship went up in flames and the merrows feasted on the bodies, Dylan jumped into the mist. 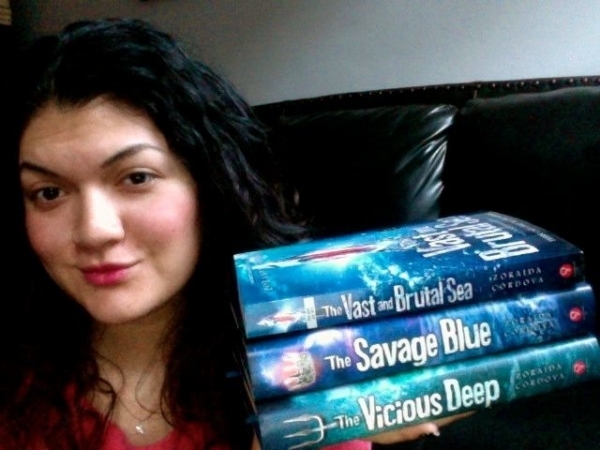 Zoraida Córdova was born in Guayaquil, Ecuador, where she learned to speak English by watching Disney’s The Little Mermaid and Michael Jackson’s Moonwalker on repeat. She studied English Lit at Hunter College, and The University of Montana. She is the author of The Vicious Deep Trilogy (YA) and the On the Verge Series (NA).

Three winners will each receive a signed paperback copy of THE VAST AND BRUTAL SEA plus swag (series button, bookmarks). 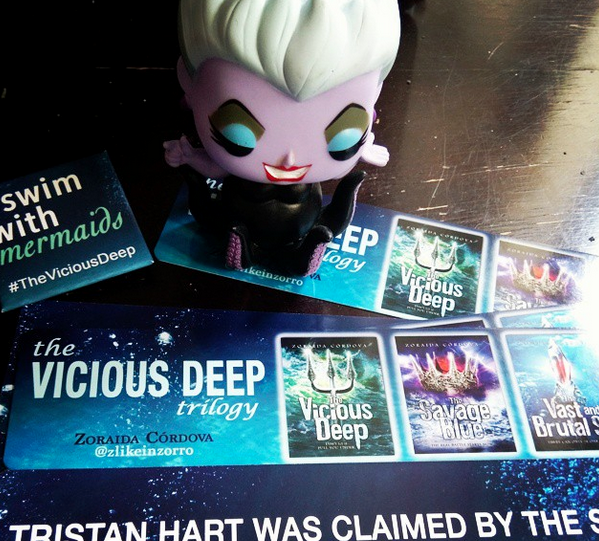 During each giveaway, we ask entrants a question pertaining to the book. Here is the question you’ll be answering in the comments below for extra entries: What were you in a past life?

27 thoughts on “Bonus Scene: The Vast and Brutal Sea by Zoraida Córdova + Giveaway (US Only)”

You are here: Bonus Scene: The Vast and Brutal Sea by Zoraida Córdova + Giveaway (US Only)