Come chat with the author of WANT TO GO PRIVATE, PURGE, and LIFE AFTER, Sarah Darer Littman!

Welcome to the joint cover reveal for Ellen Oh's PROPHECY and Megan Shepherd's THE MADMAN'S DAUGHTER! We are so excited to bring you these two gorgeous covers exclusively on YABC.

First, here's a message from Megan:

Hello readers! I am so thrilled that YABC is hosting the cover reveal for my book, THE MADMAN’S DAUGHTER. It takes place in a dark, Gothic, romantic setting, and I absolutely love how the cover designers and photographer captured the perfect creepy-yet-beautiful mood. My main character is strong but vulnerable, brilliant but a little mad, and the model they chose is perfect. The design team at Balzer+Bray/HarperCollins are some of my new favorite people!

I wish I had recorded my reaction to seeing my cover for the first time—I had no idea what to expect, and I was at a week-long writing retreat in Bat Cave, North Carolina, with some of the YA world’s most talented (and most fun) authors. When I got the email from my editor with the cover, I started hyperventilating, and they chased me around until I showed them, and then we were all screaming, because it was just so cool. Since then I printed out the cover and I have been staring at it for, oh, about six weeks now. I hope seeing the cover makes you as excited to read THE MADMAN’S DAUGHTER as I am to share it with you guys!

I think Megan's right, the cover does capture all those elements and more. It's gorgeous! 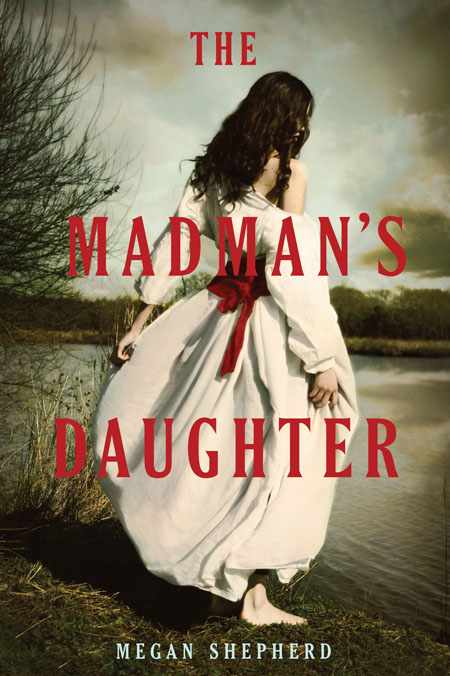 Sixteen-year-old Juliet Moreau has built a life for herself in London-working as a maid, attending church on Sundays, and trying not to think about the scandal that ruined her life. After all, no one ever proved the rumors about her father's gruesome experiments. But when she learns he is alive and continuing his work on a remote tropical island, she is determined to find out if the accusations are true.

Accompanied by her father's handsome young assistant, Montgomery, and an enigmatic castaway, Edward-both of whom she is deeply drawn to-Juliet travels to the island, only to discover the depths of her father's madness: He has experimented on animals so that they resemble, speak, and behave as humans. And worse, one of the creatures has turned violent and is killing the island's inhabitants. Torn between horror and scientific curiosity, Juliet knows she must end her father's dangerous experiments and escape her jungle prison before it's too late. Yet as the island falls into chaos, she discovers the extent of her father's genius-and madness-in her own blood.

Inspired by H. G. Wells's classic The Island of Dr. Moreau, The Madman's Daughter is a dark and breathless Gothic thriller about the secrets we'll do anything to know and the truths we'll go to any lengths to protect.

And now a word from Ellen:

Hi everyone! I’m really excited to be here at YABC with Megan for our dual cover reveals! I can’t believe it’s finally time to reveal the cover for my debut novel PROPHECY. I have to say that I had very high expectations for what my cover was going to look like because two of my daughters designed their versions of the PROPHECY cover for me as soon as I got my book deal.    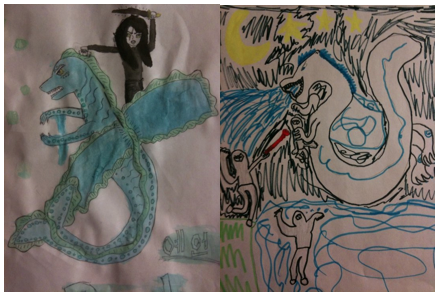 As you can see, I just didn’t know how HarperCollins was going to come up with anything as good as these two beauties. But then I got my cover and my poor girls had to give up their dreams of seeing their versions on my book because we were all blown away. The cover depicts the Tidal Stone, a large ruby that gives a person the power to control all the seas. And wrapped around the ruby, you will see the water dragon which plays a very important role in my book. My brilliant design team came up with this beautiful cover that perfectly portrays the most important elements of my book. I couldn’t be happier. My kids were a little bummed but after copious amounts of frozen yogurt with lots of candy toppings, they too, couldn’t be happier. I hope you love it as much as I do.

I don't know about you, but I think Ellen's daughters gave Harper's cover designers a run for their money! What do you think? 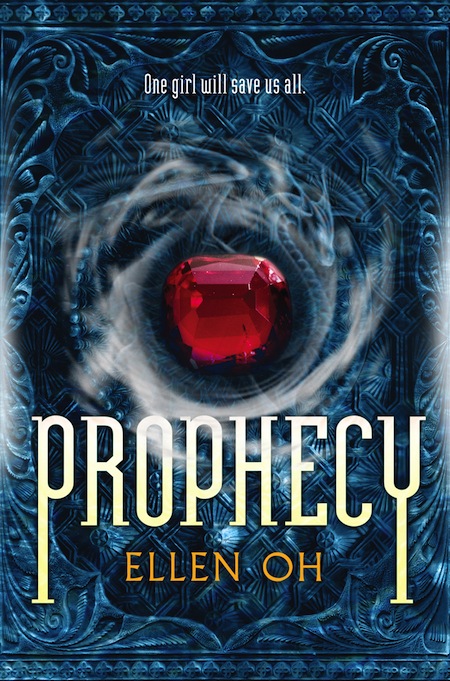 The greatest warrior in all of the Seven Kingdoms . . . is a girl with yellow eyes.

Kira’s the only female in the king’s army, and the prince’s bodyguard. She’s a demon slayer and an outcast, hated by nearly everyone in her home city of Hansong. And, she’s their only hope. . . .

Murdered kings and discovered traitors point to a demon invasion, sending Kira on the run with the young prince. He may be the savior predicted in the Dragon King Prophecy, but the missing treasure of myth may be the true key. With only the guidance of the cryptic prophecy, Kira must battle demon soldiers, evil shaman, and the Demon Lord himself to find what was once lost and raise a prince into a king.

Intrigue and mystery, ancient lore and action-packed fantasy come together in this heart-stopping first book in a trilogy.

Both books are due out in January, 2013, so make sure to put them on your TBR list! Until then, you can enter to win a signed copy of both books from Ellen and Megan right here, right now. One international winner will receive their prizes when the books become available. Collect your entry points today using the form below!

Today we have the honor of bringing you the cover reveal for Kasie West's Pivot Point! But first, here's a little note from Kasie:

I saw my cover for the first time over lunch with my editor and agent. It was the first time I had met editor Sarah Landis and she pulled a large padded envelope out of her bag and handed it to me. It’s the cover for your book, she told me. She and Michelle had arrived before me to the restaurant so had both already seen it and they were smiling in anticipation. I felt this overwhelming pressure with both of them staring at me like that. All I could think was, ‘I’d better love this thing or I’m going to have to figure out how not to make a disappointed face.’

Well, I did. I love it so much. The three of us kept pulling it back out of the envelope and staring at it throughout lunch. We were trying to decide which Addie on the cover lived which life. It was fun and such a great memory to have. I might just have to have my editor hand deliver all my covers.

I’d like to thank the talented, Sammy Yuen, cover designer, for making it even better than I imagined. I honestly didn’t know what to imagine when I thought of a cover. I knew I wanted something that represented the story in a unique way and I think I got that. I love it and hope you all do too.

Okay, YABCers, are you ready to see the cover? Drum roll, please! Reminiscent of the movie Sliding Doors, Pivot Point is about a girl who has the power to search alternate futures. When faced with a life changing decision, she lives out six weeks of two different lives (in alternating chapters), both holding the potential for love and loss, and must ultimately choose which path she is willing to live through.

Wow. This is seriously one of the best premises I've read in a LONG time, and the cover is simply gorgeous. I'm even in love with the title and how it fits so perfectly with the story. Harper did an amazing job on this one. I've just moved it to the top of my request list!

To enter to win a signed ARC of Pivot Point, enter the form below. This is an international giveaway and the prize will be delivered once ARCs are printed. 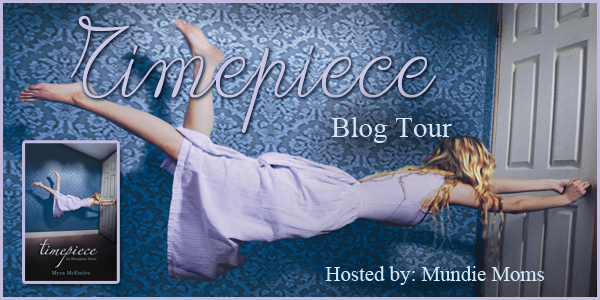 Hey everyone! Welcome to another stop on the Timepiece Blog Tour! Click here to read the whole post and watch our exclusive author video!