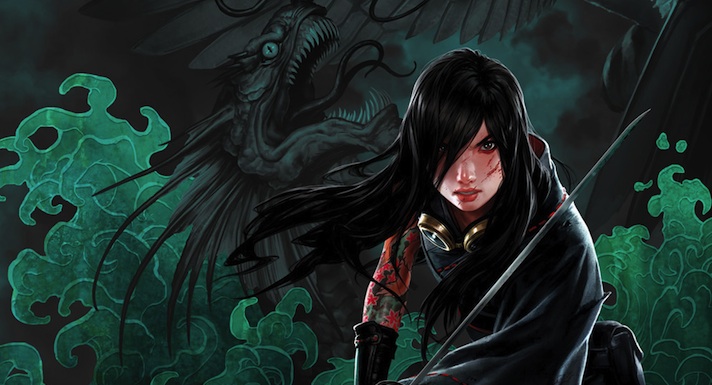 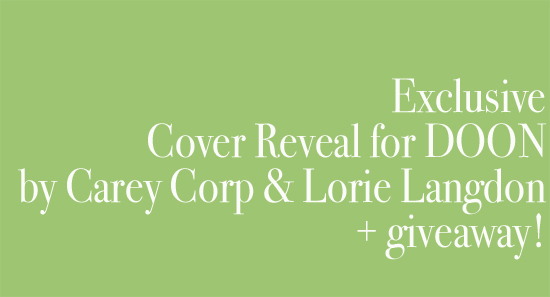 Click here to see the cover reveal for DOON and enter the giveaway! I'm so excited to be a part of the Eternity Cure tour. I love this series so much! What's not to love? There's Allie, a kick-ass heroine who lives in a dystopian world where vampires rule. There's action, suspense, mystery, and a forbidden love between a vampire and human. Plus, edge of the seat suspense!

I just finished The Eternity Cure and let me tell you, this book is filled with awesomeness.

Check out the new launched “Blood of Eden” website. It’s sleek, full of interesting information and will be the place to go for all Blood of Eden related info and extras!

About The Eternity Cure -   Goodreads | Amazon

How do you face the end of eternity?

In Allison Sekemoto’s world, there is one rule left: Blood calls to blood.

She has done the unthinkable: died so that she might continue to live. Cast out of Eden and separated from the boy she dared to love, Allie will follow the call of blood to save her creator, Kanin, from the psychotic vampire Sarren. But when the trail leads to Allie’s birthplace in New Covington, what Allie finds there will change the world forever-and possibly end human and vampire existence.

Check out the trailer for The Immortal Rules

Fun fact: She was born in the same city as me!  Sacramento, Ca.

At the age of nine she and her family moved to Hawaii, which she soon discovered was inhabited by large carnivorous insects, colonies of house geckos and frequent hurricanes. She spent much of her time in the ocean, when she wasn’t getting chased out of it by reef sharks, jellyfish and the odd eel.

To pay the rent, Julie worked in different bookstores over the years, but discovered the managers frowned upon her reading the books she was supposed to be shelving. So she turned to her other passion: training animals. She worked as a professional dog trainer for several years, dodging Chihuahua bites and overly enthusiastic Labradors, until her first book sold and she stopped training to write full-time.

Julie now lives in Louisville, Kentucky, where the frequency of shark attacks are at an all-time low. She lives with her husband, two obnoxious cats, one Australian shepherd who is too smart for his own good and the latest addition, a hyperactive Papillon puppy.

The theme of this tour is Vampires vs. Humans. Sure, it would be great to be a vampire in this world but what about the humans? After all Allie is in love with Zeke, who is very much human and courageous too.

And then there is Stick.

I have to admit Stick annoyed me in the first book.  He seemed almost too cowardly and weak. Allie took him under her wing while they lived outside the fringe becoming like a sister to him.  She shared her food and stood up for him.  She even ended up dying for him. And when Allie went back to her old home, to check on Stick?  He showed his true colors by turning her in.

Allie is repulsed and so are we.  How can someone turn in a so-called friend who shared everything with them?

But don't be too quick to judge.  After all aren’t there two sides to a story?  Plus, what would you do in order to survive in this world?

Exactly who is Stick?  Is he really the coward?  Or does he have an ulterior motive?

In Eternity Cure Allie runs into her old friend again.  Now Stick works for the Prince vampire of New Covington.  I love how the author fleshed Stick out, showing readers another side.  You're not really sure where his loyalties really lay. To say Allie is surprised to run into Stick again is an understatement.

Here's a little taste of the metamorphosis of Stick shown through Allie's eyes:

The biggest change was in his eyes and the way he carried himself.  Back in the Fringe, Stick had cringed and skulked his way through life, relying on me for survival... Now, he carried himself tall, his tone and expression clear, almost arrogant.

Ooh, now he calls himself Mr. Stephan and isn't afraid to let Allie and the others with her know he's in charge.  Plus his take on what Allie did are nothing like she recalls.  Put people in a room and have them witness something and everyone will have their own take of what happened.  The same thing happens with Stick.

Other little hints are dropped about how Stick really feels about Allie returning. A range of emotions come out that shock and even anger Allie.  Let's just say the final revelation is totally gasp worthy!

The Giveaway is a Blood of Eden inspired Travel Package including: A beautiful handmade Leather Travel Journal, handmade pencils, a copy of The Immortal Rules and The Eternity Cure and a vintage Leather messenger bag “Alison Style”.  Entries into the daily giveaway will also count toward the grand prize give-away!

Make sure to check out the rest of the tour at these wonderful sites:

Page 4 of 13
How to resolve AdBlock issue?
X

Olivia Farr, Staff Reviewer
"ALL OUR HIDDEN GIFTS was a riveting and darkly captivating YA fantasy/thriller/horror read. Maeve is a teen girl and not..."

The Lost Girls
5.0
KM kathy melnick
"BEST URGENT EFFECTIVE LOVE SPELL TO GET YOUR EX/WIFE/HUSBAND BACK FAST AND TO SAVE YOUR MARRIAGE NOW CONTACT LORD..."

The Outsiders
5.0
KM kathy melnick
"BEST URGENT EFFECTIVE LOVE SPELL TO GET YOUR EX/WIFE/HUSBAND BACK FAST AND TO SAVE YOUR MARRIAGE NOW CONTACT LORD..."

The Hunger Games (The Hunger Games #1)
5.0
KM kathy melnick
"BEST URGENT EFFECTIVE LOVE SPELL TO GET YOUR EX/WIFE/HUSBAND BACK FAST AND TO SAVE YOUR MARRIAGE NOW CONTACT LORD..."