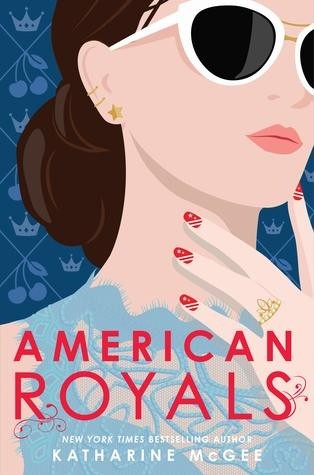 What if America had a royal family? If you can't get enough of Harry and Meghan or Kate and William, meet American princesses Beatrice and Samantha.

When America won the Revolutionary War, its people offered General George Washington a crown. Two and a half centuries later, the House of Washington still sits on the throne. Like most royal families, the Washingtons have an heir and a spare. A future monarch and a backup battery. Each child knows exactly what is expected of them. But these aren't just any royals. They're American. And their country was born of rebellion.

As Princess Beatrice gets closer to becoming America's first queen regnant, the duty she has embraced her entire life suddenly feels stifling. Nobody cares about the spare except when she's breaking the rules, so Princess Samantha doesn't care much about anything, either . . . except the one boy who is distinctly off-limits to her. And then there's Samantha's twin, Prince Jefferson. If he'd been born a generation earlier, he would have stood first in line for the throne, but the new laws of succession make him third. Most of America adores their devastatingly handsome prince . . . but two very different girls are vying to capture his heart.

The duty. The intrigue. The Crown. New York Times bestselling author Katharine McGee imagines an alternate version of the modern world, one where the glittering age of monarchies has not yet faded--and where love is still powerful enough to change the course of history. 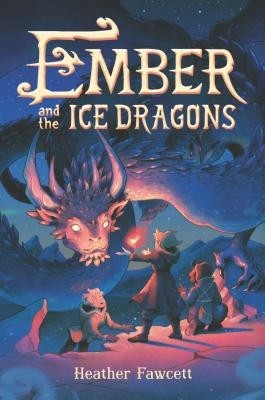 The first middle grade novel from Even the Darkest Stars author Heather Fawcett—a fantasy about a girl who used to be a dragon, and her adventure to save her new home. Perfect for fans of Nevermoor.

Ember St. George is a dragon. At least she was, before her adoptive father—a powerful but accident-prone Magician—turned her into a human girl to save her life. Unfortunately, Ember’s growing tendency to burst into flames at certain temperatures—not to mention her invisible wings—is making it too dangerous for her to stay in London. The solution: ship Ember off to her aunt’s research station in frigid Antarctica.

Though eccentric Aunt Myra takes getting used to, Ember quickly feels at home in a land of ice storms, mischievous penguins, and twenty-four-hour nights. She even finds herself making friends—with a girl genius called Nisha and a mysterious orphan named Moss. Then she discovers that Antarctica is home to the Winterglass Hunt, a yearly tradition in which rare ice dragons are hunted for their jeweled scales. Furious, Ember decides to join the hunt to sabotage it from the inside.

But being an undercover dragon isn’t easy—especially among dragon hunters. Can a twelve-year-old fire dragon survive the many dangers that come her way in the Antarctic wilderness and protect the ice dragons from extinction?