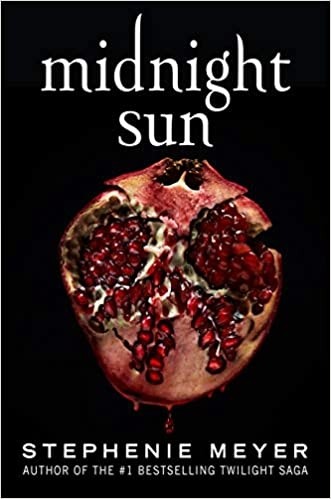 It's here! #1 bestselling author Stephenie Meyer makes a triumphant return to the world of Twilight with this highly anticipated companion: the iconic love story of Bella and Edward told from the vampire's point of view.

When Edward Cullen and Bella Swan met in Twilight, an iconic love story was born. But until now, fans have heard only Bella's side of the story. At last, readers can experience Edward's version in the long-awaited companion novel, Midnight Sun.

This unforgettable tale as told through Edward's eyes takes on a new and decidedly dark twist. Meeting Bella is both the most unnerving and intriguing event he has experienced in all his years as a vampire. As we learn more fascinating details about Edward's past and the complexity of his inner thoughts, we understand why this is the defining struggle of his life. How can he justify following his heart if it means leading Bella into danger?
In Midnight Sun, Stephenie Meyer transports us back to a world that has captivated millions of readers and brings us an epic novel about the profound pleasures and devastating consequences of immortal love. 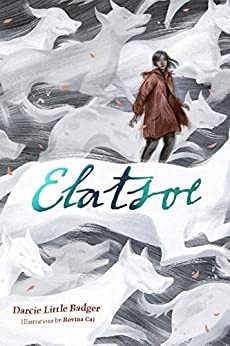 Imagine an America very similar to our own. It's got homework, best friends, and pistachio ice cream.

There are some differences. This America been shaped dramatically by the magic, monsters, knowledge, and legends of its peoples, those Indigenous and those not. Some of these forces are charmingly everyday, like the ability to make an orb of light appear or travel across the world through rings of fungi. But other forces are less charming and should never see the light of day.

Elatsoe lives in this slightly stranger America. She can raise the ghosts of dead animals, a skill passed down through generations of her Lipan Apache family. Her beloved cousin has just been murdered, in a town that wants no prying eyes. But she is going to do more than pry. The picture-perfect facade of Willowbee masks gruesome secrets, and she will rely on her wits, skills, and friends to tear off the mask and protect her family.

Darcie Little Badger is an extraordinary debut talent in the world of speculative fiction. We have paired her with her artistic match, illustrator Rovina Cai. This is a book singular in feeling and beauty. 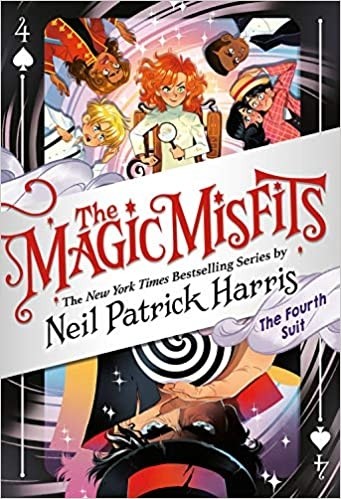 The Misfits must work together to fend off mysterious attacks in this magical finale to the #1 New York Times bestselling Magic Misfits series from acclaimed and wildly popular celebrity Neil Patrick Harris!

Ridley Larsen is everything you want in a friend. She's tough as nails, she's fiercely loyal, and she's smart as a whip. But she can be a harsh critic, which has put her position with the Magic Misfits on the rocks, even as the threat of the group's longtime enemy Kalagan looms large. Ever since his recent appearance in Mineral Wells, the kids know that a showdown with the vicious magician is imminent.

They must first deal with a series of odd instances and random attacks, though, all of which they use to bring themselves closer to discovering where Kalagan may be hiding, and the nature of his true identity. But can Ridley finally master her temper and put her essential magical skills to good use? She'll do anything to protect her friends, and when the time comes, she'll find that the Magic Misfits are strongest when they all work together.

Join the Magic Misfits as they discover adventure, friendship, and more than a few hidden secrets in this finale of the unique and always surprising series. Whether you're a long-time expert at illusion or simply a new fan of stage magic, hold on to your top hat! 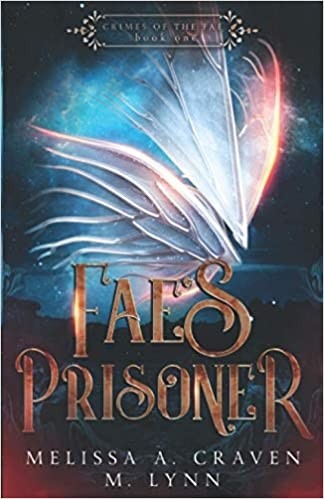 Griffin O’Shea is a traitor.

It’s what those outside the prison realm called him when he chose the wrong side in the war of the fae queens. Now, he is the only person in the entire fae world who remembers his dark deeds.

The moment Griffin crossed into the prison realm, every fae he’d ever known forgot he existed. Left with nothing—not even his magic—he’s had to survive in a land of eternal darkness where a ruthless king terrorizes villages full of Dark Fae. Creatures with magnificent wings, tails, and horns wander the darkness of Myrkur, forgotten by all who believe this harsh world is one for criminals alone.

It’s been nearly ten years, and once again, Griffin is traitor to a king. But this time instead of punishment, Griffin is offered a mission that will take him across the magical barrier into the realms he once called home.

His task? Find a way to destroy the magic keeping the Dark Fae inside the prison realm.

Riona, the king’s champion, watches Griffin’s every move, forcing him to remain loyal to the dark king even when facing a brother who does not recognize him, an ex-wife who doesn’t know him, and two children that could be the key to everything.

Destroying the prison magic will send dangerous fae out into the peaceful realms, and Griffin must decide if maybe this time, becoming a traitor is the right thing to do.

A Song of Wraiths and Ruin (Roseanne A. Brown) 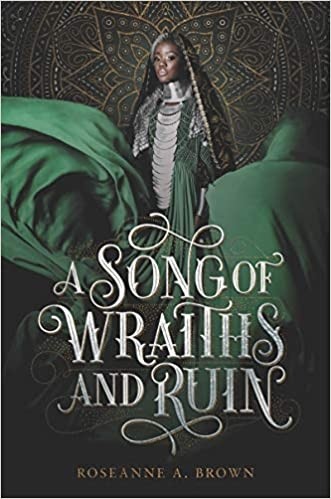 The first in a gripping fantasy duology inspired by West African folklore in which a grieving crown princess and a desperate refugee find themselves on a collision course to murder each other despite their growing attraction—from debut author Roseanne A. Brown. This New York Times bestseller is perfect for fans of Tomi Adeyemi, Renée Ahdieh, and Sabaa Tahir.

For Malik, the Solstasia festival is a chance to escape his war-stricken home and start a new life with his sisters in the prosperous desert city of Ziran. But when a vengeful spirit abducts his younger sister, Nadia, as payment to enter the city, Malik strikes a fatal deal—kill Karina, Crown Princess of Ziran, for Nadia’s freedom.

But Karina has deadly aspirations of her own. Her mother, the Sultana, has been assassinated; her court threatens mutiny; and Solstasia looms like a knife over her neck. Grief-stricken, Karina decides to resurrect her mother through ancient magic . . . requiring the beating heart of a king. And she knows just how to obtain one: by offering her hand in marriage to the victor of the Solstasia competition.

When Malik rigs his way into the contest, they are set on a heart-pounding course to destroy each other. But as attraction flares between them and ancient evils stir, will they be able to see their tasks to the death?