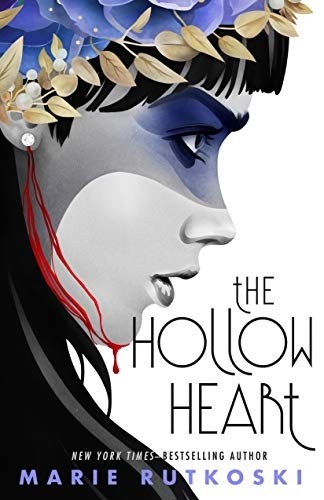 At the end of The Midnight Lie, Nirrim offered up her heart to the god of thieves in order to restore her people’s memories of their city’s history. The Half Kith who once lived imprisoned behind the city’s wall now realize that many among them are powerful. Meanwhile, the person Nirrim once loved most, Sid, has returned to her home country of Herran, where she must navigate the politics of being a rogue princess who has finally agreed to do her duty.

In the Herrani court, rumors begin to grow of a new threat rising across the sea, of magic unleashed on the world, and of a cruel, black-haired queen who can push false memories into your mind, so that you believe your dearest friends to be your enemies.

Sid doesn’t know that this queen is Nirrim, who seeks her revenge against a world that has wronged her. Can Sid save Nirrim from herself? Does Nirrim even want to be saved? As blood is shed and war begins, Sid and Nirrim find that it might not matter what they want…for the gods have their own plans. 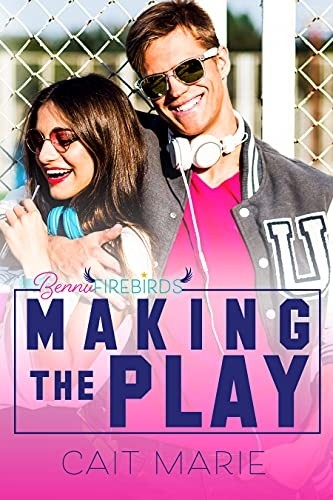 The school of her dreams? Check.

The only problem? He’s best friends with her brother… and her dad is their coach.

Kaley didn’t intend to fall in love, but what started out as innocent study dates with her favorite baseball player has turned into excuses to see each other as often as possible.

They know they need to stay just friends, but they can't fight the pull toward one another.

When the lines start to blur, Jax must decide whether he's willing to risk his friendship with her brother and his spot on the Firebirds. If not, he’ll have to leave behind the one girl who reminds him that there is still some good in the world.

The girl who reminds him that love is real. 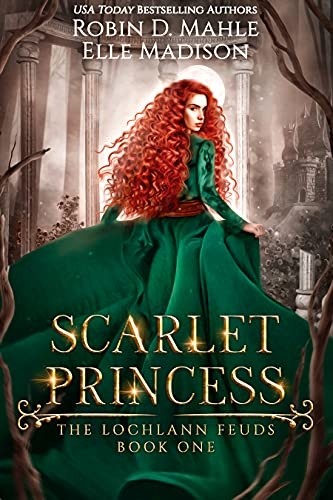 A reckless princess. An enemy kingdom. A mistake that could cost her everything.

Rowan has always known her place in the world and exactly who she is: a princess of Lochlann. That is, until a series of missteps land her in the hands of her enemies. Now, she's an outsider being forced to reconsider everything she thought she knew.

When her relationship with her captor takes an unexpected turn, she must figure out if centuries of animosity between their two lands is more than they can overcome, or if the Socairans might be able to accept her as one of their own.

If she's not careful, her choices very well could bring war to the people she's sworn to protect...

This enthralling story from the Lochlann Realm takes place after The Lochlann Treaty, but can be devoured and enjoyed all on its own. Fans of SHADOW AND BONE and OUTLANDER will fall in love with this new series! 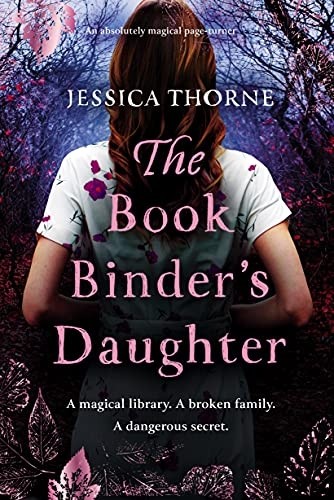 The song surrounded her now, the murmuring of the library insistent, and her foot took the first step on the winding stairs. She knew it wasn’t entirely a dream. It was the library calling her, its magic driving her.

When Sophie is offered a job at the Ayredale Library – the finest collection of rare books in the world, and the last place her bookbinder mother was seen when Sophie was just a teenager – she leaps at the chance. Will she finally discover what happened to the woman she’s always believed abandoned her?

Taking in the endless shelves of antique books, the soaring stained-glass windows, and the grand sweeping staircase, usually shy Sophie feels strangely at home, and is welcomed by her eccentric fellow binders. But why is the Keeper of the Library so reluctant to speak about Sophie’s mother? And why is Sophie the only person who can read the strange spells in the oldest books on display, written in a forgotten language nobody else understands?

The mysteries of the library only deepen when Sophie stumbles upon an elaborately carved door. The pattern exactly matches the pendant her mother left behind years ago, engraved with a delicate leaf. As the door swings open at her touch, Sophie gasps at the incredible sight: an enormous tree, impossibly growing higher than the library itself, its gently falling golden leaves somehow resembling the pages of a book. Amidst their rustling, Sophie hears a familiar whisper…

‘There you are, my Sophie. I knew you’d come back for me.’

A Lesson in Vengeance 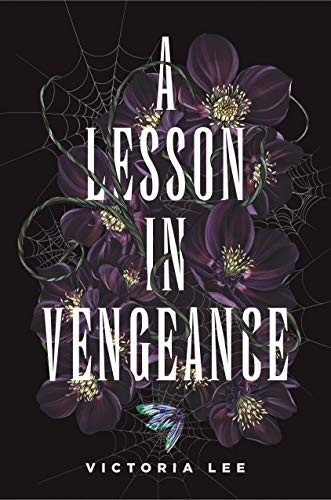 A dark, twisty thriller about a centuries-old, ivy-covered boarding school haunted by its history of witchcraft and two girls dangerously close to digging up the past. The dangerous romance and atmospheric setting makes it a perfect read for fans of dark academia.

The history of Dalloway School lives in the bones it was built on. Five violent deaths in the first ten years of its existence. Sometimes you can still smell the blood on the air.

It wasn’t until Felicity enrolled that she fell in love with the dark. And now she’s back to finish her senior year after the tragic death of her girlfriend. She even has her old room in Godwin House, the exclusive dormitory rumored to be haunted by the spirits of the five Dalloway students who died there—girls some say were witches.

It’s Ellis Haley’s first year at Dalloway. A prodigy novelist at seventeen, Ellis is eccentric and brilliant, and Felicity can’t shake the pull she feels to her. So when Ellis asks for help researching the Dalloway Five for her second book, Felicity can’t say no.

Dalloway’s occult lore is everywhere, and the new girl won’t let Felicity forget it. But when the past begins to invade on the present, Felicity needs to decide where she stands. The soil under her feet is bloody with Dalloway’s history. But so is the present. Is it Dalloway—or is it her?

Souls of Fire and Steel 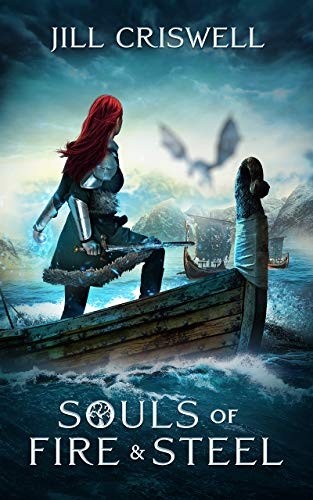 To save her lover’s life, Lira of Stone swore allegiance to a demigod known as the Dragon. She’s transformed into his weapon—the Dragon’s death-bringer, using her gifts to conquer nations and unleash demons. Yet there’s a part of Lira not even the Dragon can stifle, and the soul-reader must find a way to free herself before he declares war against the gods.

After the warrior Reyker Lagorsson attempted to overthrow the Dragon, Reyker’s soul was fractured. Now, he’s a shadow of his former self, and his battle-madness grows stronger by the day. Reyker will stop at nothing to kill the Dragon and his mysterious death-bringer before his curse consumes him.

In the final installment of the Frozen Sun Saga, Lira and Reyker face off as enemies, confront their worst nightmares, and make their last stand against the Dragon. But can a god be killed? And if so, at what cost?