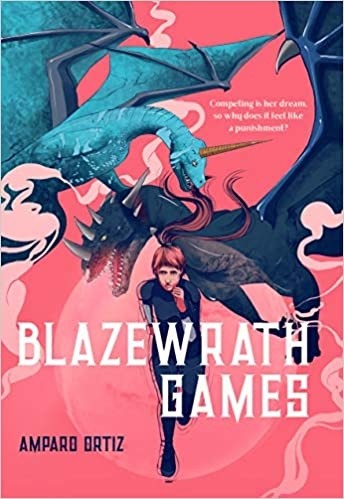 Lana Torres has always preferred dragons to people. In a few weeks, sixteen countries will compete in the Blazewrath World Cup, a tournament where dragons and their riders fight for glory in a dangerous relay. Lana longs to represent her native Puerto Rico in their first ever World Cup appearance, and when Puerto Rico’s Runner―the only player without a dragon steed―is kicked off the team, she’s given the chance.

But when she discovers that a former Blazewrath superstar has teamed up with the Sire―a legendary dragon who’s cursed into human form―the safety of the Cup is jeopardized. The pair are burning down dragon sanctuaries around the world and refuse to stop unless the Cup gets cancelled. All Lana wanted was to represent her country. Now, to do that, she’ll have to navigate an international conspiracy that’s deadlier than her beloved sport. 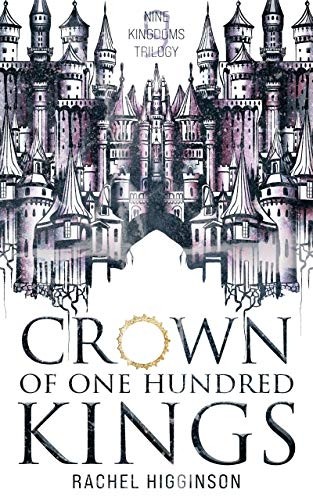 Tessana Allisand had a family once. A home. A title. A future. Until one night when everything she loved was taken from her. Secreted away to an isolated monastery in the farthest region of the realm, Tess was raised in the silence of monks and the loneliness of tragedy. And there she would have stayed if the dark magic that killed her family hadn't finally found her.

With her identity discovered, Tessana must face the home she fled all those years ago. The Crown of Nine must return to its rightful place and Tess must be the one to carry it across the nine kingdoms. And when she arrives? She'll need to convince a dying kingdom that the crown that has belonged to one hundred kings should be given to a queen.

Taelon Treskinat was in love once. With a princess. The daughter of a slaughtered king. He risked everything to save her, to make sure she survived. When that same princess tumbles back into his life no longer the scared little girl he remembers from childhood, he must decide where his duty lies. With the girl that will threaten everything he knows and loves. Or the kingdom he will do anything to protect. 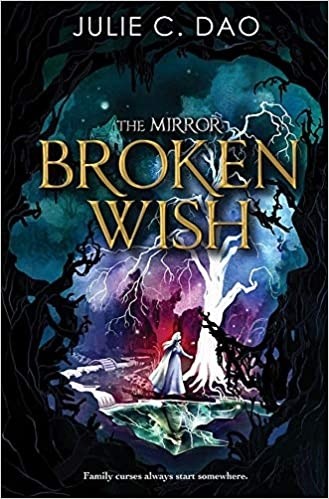 Sixteen-year-old Elva has a secret. She has visions and strange powers that she will do anything to hide. She knows the warnings about what happens to witches in their small village of Hanau. She's heard the terrible things people say about the Witch of the North Woods, and the malicious hunts that follow.

But when Elva accidentally witnesses a devastating vision of the future, she decides she has to do everything she can to prevent it. Tapping into her powers for the first time, Elva discovers a magical mirror and its owner-none other than the Witch of the North Woods herself. As Elva learns more about her burgeoning magic, and the lines between hero and villain start to blur, she must find a way to right past wrongs before it's too late. 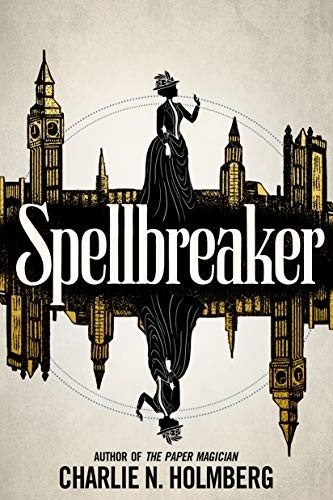 A world of enchanted injustice needs a disenchanting woman in an all-new fantasy series by the Wall Street Journal bestselling author of The Paper Magician.

The orphaned Elsie Camden learned as a girl that there were two kinds of wizards in the world: those who pay for the power to cast spells and those, like her, born with the ability to break them. But as an unlicensed magic user, her gift is a crime. Commissioned by an underground group known as the Cowls, Elsie uses her spellbreaking to push back against the aristocrats and help the common man. She always did love the tale of Robin Hood.

Elite magic user Bacchus Kelsey is one elusive spell away from his mastership when he catches Elsie breaking an enchantment. To protect her secret, Elsie strikes a bargain. She’ll help Bacchus fix unruly spells around his estate if he doesn’t turn her in. Working together, Elsie’s trust in—and fondness for—the handsome stranger grows. So does her trepidation about the rise in the murders of wizards and the theft of the spellbooks their bodies leave behind.

For a rogue spellbreaker like Elsie, there’s so much to learn about her powers, her family, the intriguing Bacchus, and the untold dangers shadowing every step of a journey she’s destined to complete. But will she uncover the mystery before it’s too late to save everything she loves?