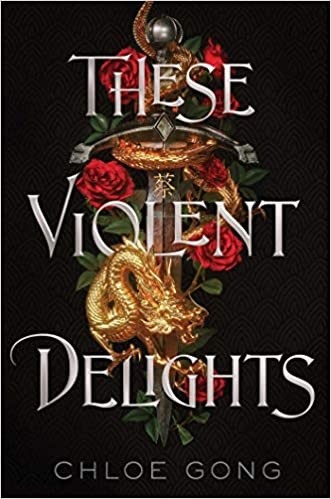 A Curse of Roses 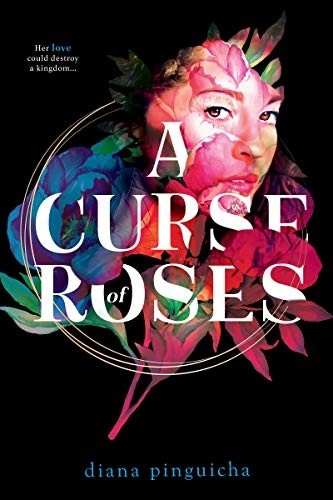 There's a famine plaguing the land, and Princess Yzabel is wasting food simply by trying to eat. Before she can even swallow, her magic--her curse--has turned her meal into a bouquet. She's on the verge of starving, which only reminds her that the people of Portugal have been enduring the same pain.

If only it were possible to reverse her magic. Then she could turn flowers...into food.

Fatyan, a beautiful Enchanted Moura, is the only one who can help. But she is trapped by magical binds. She can teach Yzabel how to control her curse--if Yzabel sets her free with a kiss.

As the King of Portugal's betrothed, Yzabel would be committing treason, but what good is a king if his country has starved to death?

She'd sought out Fatyan to help her save the people. Now, loving her could mean Yzabel's destruction.

Based on Portuguese legend, this #OwnVoices historical fantasy is an epic tale of mystery, magic, and making the impossible choice between love and duty... 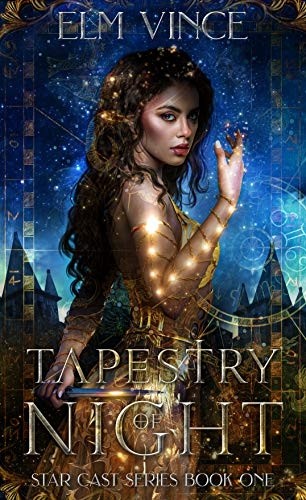 Cassia has given up on her childhood dream of becoming a powerful mage. She’s chosen a simple life as a traveling astrologer, instead.

But it turns out Cassia was just a late bloomer, magically speaking, when she discovers she’s showing signs of being an empath. And when her newfound power gets an old friend captured and imprisoned, this sudden gift feels more like a curse.

To help save her, Cassia is drawn into a high-stakes plot to spy on the tyrannical, anti-magic government for a group of rebel mages.

Disguised as a noble, Cassia must help break the captured mages from their impenetrable prison. Unsurprisingly, a novice empath who can’t trust her own feelings isn’t the best at spying. Or romance, either, for that matter.

With her emotions running dangerously wild, it’s no wonder the ministers are growing suspicious. Especially a certain tall, dark and bronze-eyed minister who seems to be tracking her every move…

But if her uncontrollable powers – or her heart – give away who she truly is, and she fails to free the trapped mages, magic users everywhere will pay the price…

With Shield and Ink and Bone 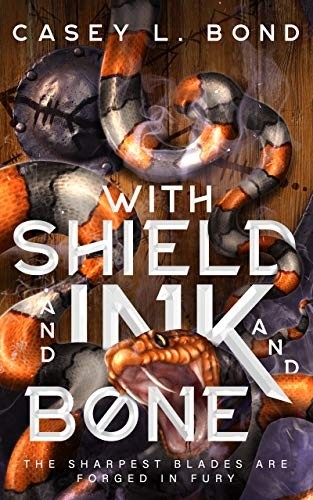 The sharpest blades are forged in fury.

Days before she is to take her place as a shield maiden, like her mother before her, two deaths alter the course of Liv’s future. One belonged to a witch who called her by name, the other a chieftain from the north. Vengeance for the chieftain’s death comes in a wild fury that burns her village and slaughters her family. Left for dead, Liv pleads to Skuld—norn and weaver of the future—to spare her. A deal is struck that will endow her with the dark magic needed to claim her vengeance. But this power comes at an unfathomable price...

Ink made from the ashes of loved ones.

After his home is attacked, Calder races to warn neighboring villages. Little does he know he’s traveling the path of fate that will lead him straight to Liv. Despite being broken, angry, and overwhelmed by power she cannot contain, it’s her willingness to defend others that draws Calder to her.

Armor forged from the bones of those held dear.

Together, Liv and Calder discover they are two sides of the same sharpened blade. Rising from the heartache and fury in their pasts, they see a future together worth fighting for. With their strengths and hearts combined, can they become a force powerful enough to defeat the fleet of darkness coming for them? Or will the thread of fate that binds them unravel?

With Shield and Ink and Bone is an Upper YA Viking Historical Romance perfect for fans of The First Girl Child by Amy Harmon, Sky in the Deep and The Girl the Sea Gave Back by Adrienne Young, and Tricia Levenseller's Warrior of the Wild. There are violent scenes within the pages.