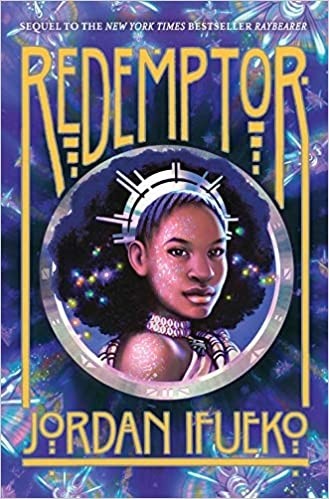 The highly anticipated sequel to Raybearer, the instant New York Times bestselling fantasy sensation that set the world on fire

For the first time, an Empress Redemptor sits on Aritsar's throne. To appease the sinister spirits of the dead, Tarisai must now anoint a council of her own, coming into her full power as a Raybearer. She must then descend into the Underworld, a sacrifice to end all future atrocities.

Tarisai is determined to survive. Or at least, that's what she tells her increasingly distant circle of friends. Months into her shaky reign as empress, child spirits haunt her, demanding that she pay for past sins of the empire.

With the lives of her loved ones on the line, assassination attempts from unknown quarters, and a handsome new stranger she can't quite trust . . . Tarisai fears the pressure may consume her. But in this finale to the Raybearer duology, Tarisai must learn whether to die for justice . . . or to live for it. 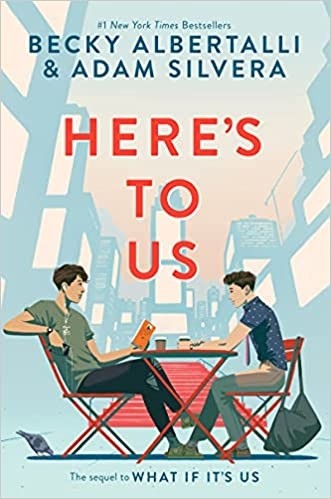 Becky Albertalli and Adam Silvera reunite to continue the story of Arthur and Ben, the boys readers first fell for in the New York Times bestselling rom-com What If It’s Us.

Ben survived freshman year of college, but he’s feeling more stuck than ever. His classes are a slog, his part-time job working with his father is even worse, and his best friend Dylan’s been acting weird for weeks. Ben’s only real bright spot is his writing partner Mario, who’s been giving him a lot of Spanish lessons and even more kisses. Mario’s big Hollywood dreams make Ben start to dream bigger—and the choices he makes now could be the key to reshaping his future. So why can’t he stop thinking about a certain boy from his past?

Arthur is back in New York City for the first time in two years, ready to take the theater world by a storm as the world’s best . . . intern to the assistant of an off-off-Broadway director. Of course, it sucks to be spending the summer apart from his sweet, reliable boyfriend, Mikey, but he knows their relationship is strong enough to weather the distance. Which is why it’s no big deal when his ex-boyfriend Ben stumbles back into the picture. And it’s definitely fine that Ben’s blissfully happy with some mystery boy. First loves are special, but it’s way too late for what-ifs. Right?

Even as the boys try to shake off the past, they keep running into each other in the present. Is this the universe trying to tell them there’s a do-over in their future?

Here's to Us is sure to be welcomed by fans old and new of these authors and their previous collaboration, What If It's Us. Critically acclaimed and bestselling authors Becky Albertalli and Adam Silvera combine their talents in these smart, funny, heartfelt novels about two very different boys who can’t decide if the universe is pushing them together—or pulling them apart. 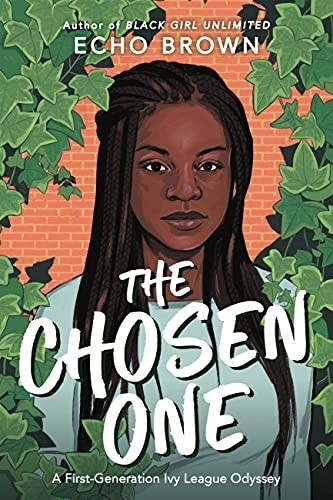 Echo Brown testifies to the disappointments and triumphs of a Black first-generation college student in this fearless exploration of the first year experience.

There are many watchers and they are always white. That’s the first thing Echo notices as she settles into Dartmouth College. Despite graduating high school in Cleveland as valedictorian, Echo immediately struggles to keep up in demanding classes. Dartmouth made many promises it couldn't keep. The campus is not a rainbow-colored utopia where education lifts every voice. Nor is it a paradise of ideas, an incubator of inclusivity, or even an exciting dating scene. But it might be a portal to different dimensions of time and space—only accessible if Echo accepts her calling as a Chosen One and takes charge of her future by healing her past. This remarkable challenge demands vulnerability, humility, and the conviction to ask for help without sacrificing self-worth.

In mesmerizing personal narrative and magical realism, Echo Brown confronts mental illness, grief, racism, love, friendship, ambition, self-worth, and belonging as they steer the fates of first-generation college students on Dartmouth’s campus. The Chosen One is an unforgettable coming-of-age story that bravely unpacks the double-edged college transition—as both catalyst for old wounds and a fresh start.

Ronan Boyle into the Strangeplace 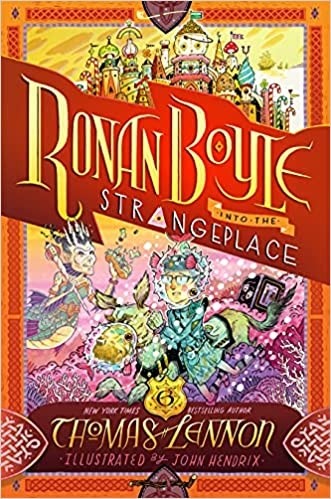 Ronan Boyle may be the youngest detective of the secret Garda, but now that he’s saved the captain from a spooky cult, he’s also the only detective that has the head of an old Irish god in his vastsack! But his adventures are far from over. His parents are still on the run (he told them the prison break was a bad idea!), and he still has to turn over the corrupt wee folk to the leprechaun king and return to the Human Republic of Ireland to turn over the god’s head. Simple, right? VERY WRONG! Between having to get swallowed by a whale to take a short cut, avoiding a jar of hot pickle farts, and figuring out how he can prove his parents’ innocence, Ronan’s really got his hands full. Will our small, nervous hero be able to somehow save the day once again? Fast-paced, action-packed, and sidesplittingly funny, the third book in the New York Times bestselling series delivers strange creatures, heart-pounding thrills, and plenty of laughs.