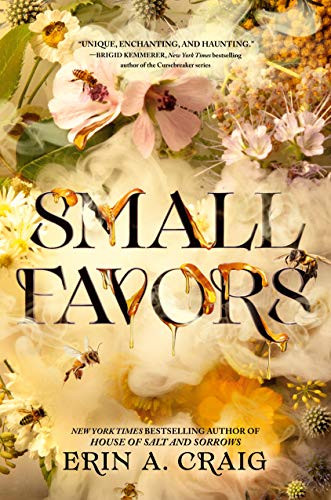 Ellerie Downing is waiting for something to happen. Life in isolated Amity Falls, surrounded by an impenetrable forest, has a predictable sameness. Her days are filled with tending to her family's beehives, chasing after her sisters, and dreaming of bigger things while her twin, Samuel, is free to roam as he wishes.

Early town settlers fought off monstrous creatures in the woods, and whispers that the creatures still exist keep the Downings and their neighbors from venturing too far. When some townsfolk go missing on a trip to fetch supplies, a heavy unease settles over the Falls.

Strange activities begin to plague the town, and as the seasons change, it's clear that something is terribly wrong. The creatures are real, and they're offering to fulfill the residents' deepest desires, however grand, for just a small favor. These seemingly trifling demands, however, hide sinister intentions. Soon Ellerie finds herself in a race against time to stop Amity Falls, her family, and the boy she loves from going up in flames.

Witches of Ash and Ruin 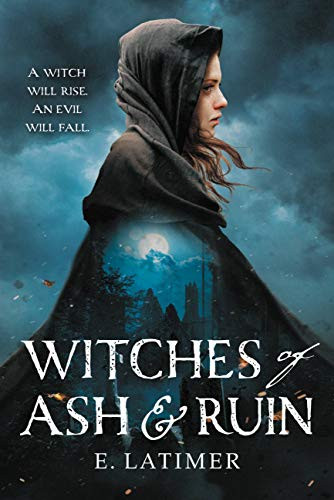 Modern witchcraft blends with ancient Celtic mythology in an epic clash of witches and gods, perfect for fans of V.E. Schwab's Shades of Magic trilogy and The Chilling Adventures of Sabrina.

Seventeen-year-old Dayna Walsh is struggling to cope with her somatic OCD; the aftermath of being outed as bisexual in her conservative Irish town; and the return of her long-absent mother, who barely seems like a parent. But all that really matters to her is ascending and finally, finally becoming a full witch—plans that are complicated when another coven, rumored to have a sordid history with black magic, arrives in town with premonitions of death. Dayna immediately finds herself at odds with the bewitchingly frustrating Meiner King, the granddaughter of their coven leader.

And then a witch turns up murdered at a local sacred site, along with the blood symbol of the Butcher of Manchester—an infamous serial killer whose trail has long gone cold. The killer's motives are enmeshed in a complex web of witches and gods, and Dayna and Meiner soon find themselves at the center of it all. If they don't stop the Butcher, one of them will be next.

The Taking of Jake Livingsgton 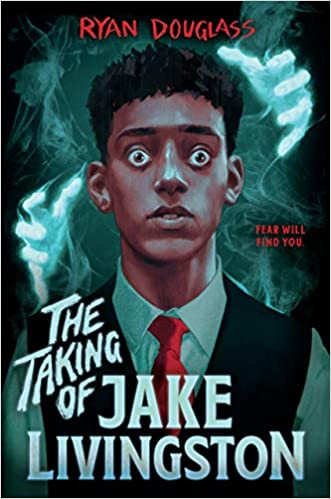 Get Out meets Holly Jackson in this YA social thriller where survival is not a guarantee.

Sixteen-year-old Jake Livingston sees dead people everywhere. But he can't decide what's worse: being a medium forced to watch the dead play out their last moments on a loop or being at the mercy of racist teachers as one of the few Black students at St. Clair Prep. Both are a living nightmare he wishes he could wake up from. But things at St. Clair start looking up with the arrival of another Black student—the handsome Allister—and for the first time, romance is on the horizon for Jake.

Unfortunately, life as a medium is getting worse. Though most ghosts are harmless and Jake is always happy to help them move on to the next place, Sawyer Doon wants much more from Jake. In life, Sawyer was a troubled teen who shot and killed six kids at a local high school before taking his own life. Now he's a powerful, vengeful ghost and he has plans for Jake. Suddenly, everything Jake knows about dead world goes out the window as Sawyer begins to haunt him. High school soon becomes a different kind of survival game—one Jake is not sure he can win.