Down Comes the Night 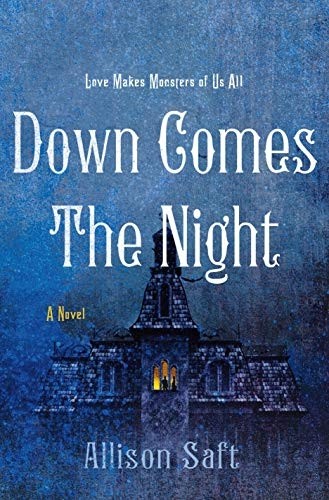 He saw the darkness in her magic. She saw the magic in his darkness.

Wren Southerland’s reckless use of magic has cost her everything: she's been dismissed from the Queen’s Guard and separated from her best friend—the girl she loves. So when a letter arrives from a reclusive lord, asking Wren to come to his estate, Colwick Hall, to cure his servant from a mysterious illness, she seizes her chance to redeem herself.

The mansion is crumbling, icy winds haunt the caved-in halls, and her eccentric host forbids her from leaving her room after dark. Worse, Wren’s patient isn’t a servant at all but Hal Cavendish, the infamous Reaper of Vesria and her kingdom’s sworn enemy. Hal also came to Colwick Hall for redemption, but the secrets in the estate may lead to both of their deaths.

With sinister forces at work, Wren and Hal realize they’ll have to join together if they have any hope of saving their kingdoms. But as Wren circles closer to the nefarious truth behind Hal’s illness, they realize they have no escape from the monsters within the mansion. All they have is each other, and a startling desire that could be their downfall.

Love makes monsters of us all. 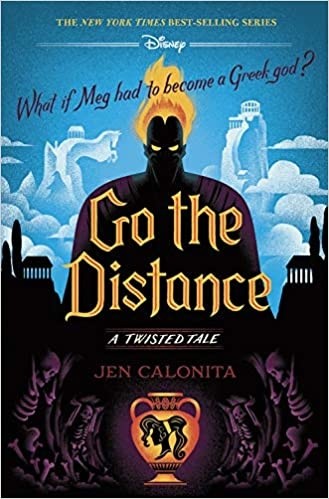 The 11th installment in the New York Times best-selling A TWISTED TALE series asks: What if Meg had to become a Greek god?

After Hercules proves he's a true hero and regains his godship, all seems right in the world. That is, until Zeus tells Meg that she can't be with Hercules because she's, well, mortal. Luckily, Hera has a solution, offering Meg a chance to prove herself worthy of a spot on Mt. Olympus--as a god. All Meg has to do is complete a mysterious quest.

The mission? Oh, just to rescue her ex's current wife from the Underworld. The ex-boyfriend she saved by selling her soul to Hades. The ex-boyfriend who immediately moved on to someone else while she was stuck in the Underworld. Can Meg put her past behind her and use her quick-wit to defeat monsters and gods alike, including the nefarious Hades? Will she finally figure out her place and contribution to the world? Or will her fear of commitment have her running away from an eternity of godhood with Herc?

Written by the author of Mirror, Mirror and Conceal, Don't Feel, Jen Calonita's latest twist is sure to delight and surprise. 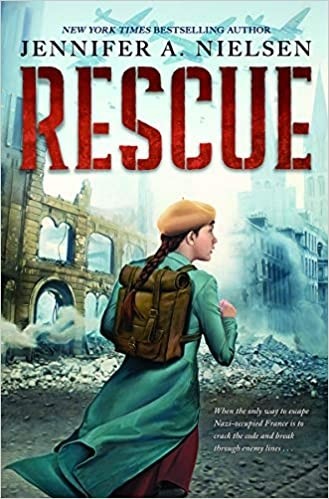 From New York Times bestselling author Jennifer A. Nielsen comes a thrilling World War II story of espionage and intrigue, as one girl races to save her father and aid the French resistance.

Six hundred and fifty-seven days ago, Meg Kenyon's father left their home in France to fight for the Allies in World War II, and that was the last time Meg saw him. Recently, she heard he was being held prisoner by the Nazis, a terrible sentence from which Meg fears he'll never return. All she has left of him are the codes he placed in a jar for her to decipher, an affectionate game the two of them shared. But the codes are running low, and soon there'll be nothing left of Papa for Meg to hold on to at all.

Suddenly, an impossible chance to save her father falls into Meg's lap. After following a trail of blood in the snow, Meggie finds an injured British spy hiding in her grandmother's barn. Captain Stewart tells her that a family of German refugees must be guided across Nazi-occupied France to neutral Spain, whereupon one of them has promised to free Meg's father. Captain Stewart was meant to take that family on their journey, but too injured to complete the task himself, he offers it to Meg, along with a final code from Papa to help complete the mission -- perhaps the most important, and most difficult, riddle she's received yet.

As the Nazis flood Meg's village in fierce pursuit, she accepts the duty and begins the trek across France. Leading strangers through treacherous territory, Meg faces danger and uncertainty at every turn, all the while struggling to crack her father's code. The message, as she unravels it, reveals secrets costly enough to risk the mission and even her own life. Can Meg solve the puzzle, rescue the family, and save her father?