Dark Of The West (Joanna Hathaway) 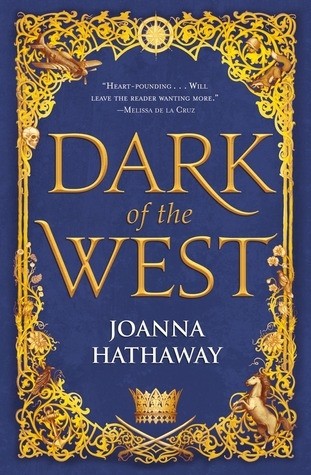 He was raised in revolution. She was raised in a palace. Can their love stop a war? Code Name Verity meets The Winner's Cursein Joanna Hathaway's Dark of the West, a breathtaking YA fantasy debut.

Aurelia Isendare is a princess of a small kingdom in the North, raised in privilege but shielded from politics as her brother prepares to step up to the throne. Halfway around the world, Athan Dakar, the youngest son of a ruthless general, is a fighter pilot longing for a life away from the front lines. When Athan’s mother is shot and killed, his father is convinced it’s the work of his old rival, the Queen of Etania—Aurelia’s mother. Determined to avenge his wife’s murder, he devises a plot to overthrow the Queen, a plot which sends Athan undercover to Etania to gain intel from her children.

Athan’s mission becomes complicated when he finds himself falling for the girl he’s been tasked with spying upon. Aurelia feels the same attraction, all the while desperately seeking to stop the war threatening to break between the Southern territory and the old Northern kingdoms that control it—a war in which Athan’s father is determined to play a role. As diplomatic ties manage to just barely hold, the two teens struggle to remain loyal to their families and each other as they learn that war is not as black and white as they’ve been raised to believe.

Once A King (Erin Summerill) 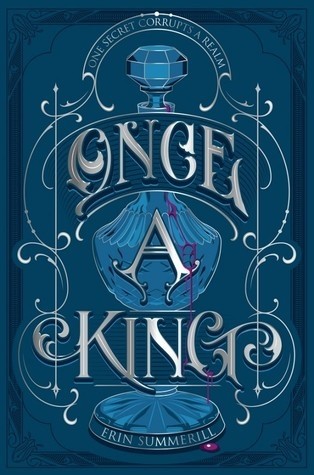 Aodren: A lonely, young king, searching for a way to dismantle his father’s dark legacy.

Lirra: A girl with the power to control the wind, torn between duty and following her dreams

For twenty years, Channelers—women with a magical ability—have been persecuted in Malam by those without magic. Now King Aodren wants to end the bloody divide and unite his kingdom. But decades of hatred can’t be overcome by issuing decrees, and rumors of a deadly Channeler-made substance are only fueling people’s fears. Lirra has every reason to distrust Aodren. Yet when he asks for help to discover the truth behind the rumors, she can’t say no. With Lirra by his side, Aodren sees a way forward for his people. But can he rewrite the mistakes of the past before his enemies destroy the world he’s working so hard to rebuild? 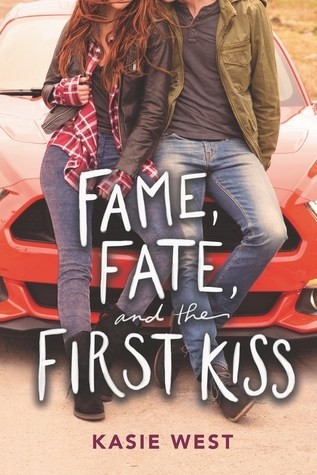 Lacey Barnes has dreamt of being in a movie for as long as she can remember. However, while her dream did include working alongside the hottest actor in Hollywood, it didn’t involve having to finish up her senior year of high school at the same time she was getting her big break. Although that is nothing compared to Donavan, the straight-laced student her father hires to tutor her, who is a full-on nightmare.

As Lacey struggles to juggle her burgeoning career, some on-set sabotage, and an off-screen romance with the unlikeliest of leading men, she quickly learns that sometimes the best stories happen when you go off script. 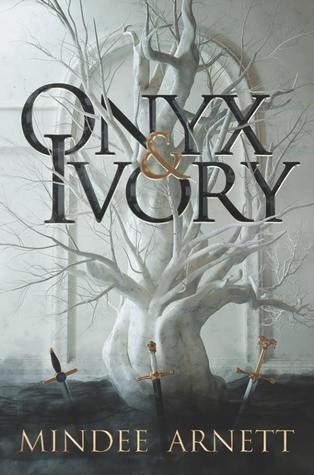 They call her Traitor Kate. It’s a title Kate Brighton inherited from her father after he tried to assassinate the high king years ago. Now Kate lives as an outcast, clinging to the fringes of society as a member of the Relay, the imperial courier service. Only those most skilled in riding and bow hunting ride for the Relay; and only the fastest survive, for when dark falls, the nightdrakes—deadly flightless dragons—come out to hunt. Fortunately, Kate has a secret edge: she is a wilder, born with magic that allows her to influence the minds of animals. But it’s this magic that she needs to keep hidden, as being a wilder is forbidden, punishable by death or exile. And it’s this magic that leads her to a caravan massacred by nightdrakes in broad daylight—the only survivor her childhood friend, her first love, the boy she swore to forget, the boy who broke her heart.

The high king’s second son, Corwin Tormane, never asked to lead. Even as he waits for the uror—the once-in-a-generation ritual to decide which of the king’s children will succeed him—he knows it’s always been his brother who will assume the throne. And that’s fine by him. He’d rather spend his days away from the palace, away from the sight of his father, broken with sickness from the attempt on his life. But the peacekeeping tour Corwin is on has given him too much time to reflect upon the night he saved his father’s life—the night he condemned the would-be killer to death and lost the girl he loved. Which is why he takes it on himself to investigate rumors of unrest in one of the remote city-states, only for his caravan to be attacked—and for him to be saved by Kate.

With their paths once more entangled, Kate and Corwin have to put the past behind them. The threat of drakes who attack in the daylight is only the beginning of a darker menace stirring in the kingdom—one whose origins have dire implications for Kate’s father’s attack upon the king and will thrust them into the middle of a brewing civil war in the kingdom of Rime.

We Thought We Were Invincible (Michelle Lynn) 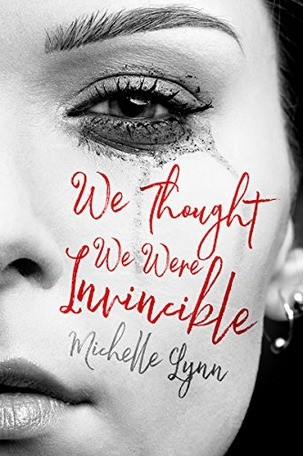 California “Callie” McCoy feels most alive when her feet are planted firmly on her surfboard on a big swell. And one day, she dreams of riding that wave out of her small town. Away from everyone.

Her plan is simple: graduate high school. With Callie's best friend gone away to college, she plans on spending her senior year skating by. She isn’t looking for friends, and especially not for love - all she needs are her waves and her twin brother. Even if he comes with an annoying best friend, Jamie Daniels, who she can’t stand.

Jamie is a care-free, easy-going surfer who has everything. On the surface, his life appears perfect, but reality is far from it. He has his share of secrets, including one that burns deeper than any other. It’s a good thing Callie hates him because if she didn’t, Jamie knows there’s no way he’d be able to stay away.

And then, one night, everything changes. And nothing will ever be the same.