Kim Liggett's The Unfortunates as part of the YABC Scavenger Hunt!

Read on for more about Kim and her novel! 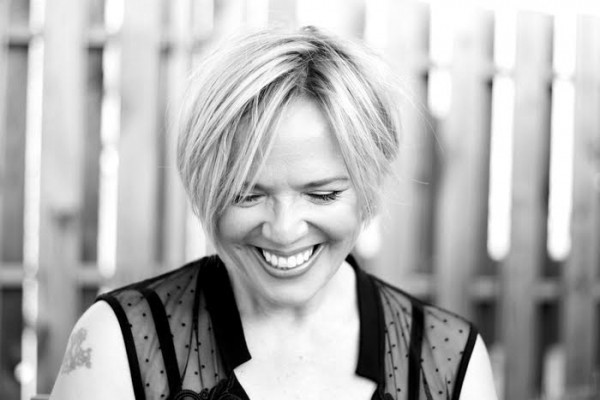 At sixteen, Kim Liggett left her rural midwestern town for New York City to pursue a career in music. Along with lending her voice to hundreds of studio recordings, she was a backup singer for some of the biggest rock bands in the 80's.
Kim spends her free time studying the tarot and scouring Manhattan for vials of rare perfume and the perfect egg white cocktail. 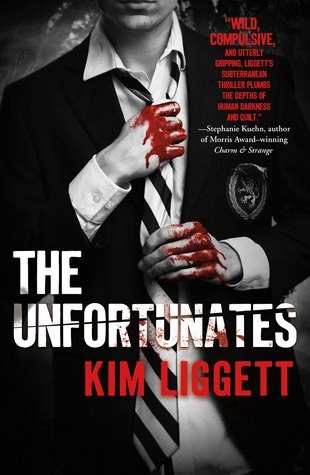 “Grant Franklin Tavish the fifth?” the burly nurse calls into the waiting room.

Everyone around me bursts out laughing.

“That’s gotta be this kid.” The guy across from me leans back in the bright-orange molded plastic chair, spreading his legs farther than I thought humanly possible.

“What’d you do?” The old man next to me nudges my elbow. “Get caught sneaking into your daddy’s liquor cabinet? Smoke a little weed under the bleachers?”

I let out an exasperated sigh, like this is the worst day of my life, but the truth is, I like it here. For twenty minutes a week, I get to live in reality. This is where I belong. Somewhere worse really, but things like that don’t happen to Tavishes.

As I’m walking toward the door with a tiny window lined with security wire, a guy from the far side of the room says, “Hey, wait a minute. I know you . . .”

I follow him down the dingy hall, which reeks of piss and bleach, to door number three. There’s a metal sink, metal toilet, metal walls. The fluorescent lights ping as if in the throes of death.

“You know the drill,” the nurse says as he makes note of the time and the serial number off the plastic cup before handing it over.

Unbuckling my belt, I drop my khakis and boxers to my ankles and pull up my dress shirt and tie. It’s humiliating, but that’s kind of the whole point.

“Hope you drank your fresh-squeezed OJ this morning,” he says as he snaps on a pair of latex gloves. “I can’t be standing here for ten minutes singing you ‘Tinkle, Tinkle, Little Star.’”

I roll back my shoulders, trying to relax.

The first time I came in here it took me six minutes to even squeeze out a drop. They made me go back to the waiting room and drink a liter of water before they let me try again. But I’ve been practicing at home. I realize how ridiculous that sounds. Even taking a drug test, I have to strive to be the best. It’s ingrained.

I close my eyes, thinking of class three rapids, rain pouring out of the copper gutters outside my bedroom window, the surf hitting the sand at our beach house —but then the sound of screeching tires and hot oil dripping onto freezing pavement slips over my senses.

“You don’t remember anything,” our lawyer whispers in my ear.

“Think we’ve got enough,” the nurse says, staring down at the overflowing cup.

“Sorry.” I flinch, sloshing it over the sides.

He takes it from me, secures the lid, and unlocks the tiny metal door in the wall, sliding it through.

“I wonder what happens to all those plastic cups,” I say, trying to shake off the memory. “Maybe in a few hundred years they’ll dig it up, think it’s some precious family heirloom.”

He looks up at me with one raised eyebrow. “You think too much, kid.” If he only knew.

As I’m washing my hands, he flips through my chart. “I see this is your last time.” He juts out his bottom lip and bobs his head. “Final court date on Monday. If this comes back negative, you get a clean slate.”

“Best justice money can buy,” I mutter as I put my hands under the wheezing dryer.

“Nothing,” I say as I straighten my tie in the smudged book-size mirror.

I want to tell him there’s nothing about my slate that could ever be clean, not after what I did, but I can’t risk it. Not now. Not when I’m this close. Instead, I crack a smile. The one that says, Don’t worry. I’m all good now.

The one I’ve practiced to perfection.

Spotlight on The Vanishing Deep (Astrid Scholte), Excerpt, Plus Giveaway! ~ (US/Canada Only)

Author Chat with Helena Ku Rhee (The Paper Kingdom), Plus Giveaway! ~ (US Only)

Author Of The Week: Author Chat with Kim Smejkal (Ink In The Blood), Plus Giveaway! ~ (US Only)

The cover doesn't add much to my interest, but the excerpt was awesome!

0
The cover doesn't add much to my interest, but the excerpt was awesome!
Cancel Update Comment

This sounds incredibly exciting and I love the cover!

0
This sounds incredibly exciting and I love the cover!
Cancel Update Comment

The cover definitely matches this thrilling, suspenseful, and exciting synopsis.