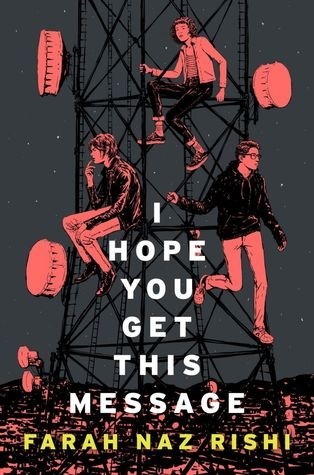 When news stations start reporting that Earth has been contacted by a planet named Alma, the world is abuzz with rumors that the alien entity is giving mankind only few days to live before they hit the kill switch on civilization.

For high school truant Jesse Hewitt, though, nothing has ever felt permanent. Not the guys he hooks up with. Not the jobs his underpaid mom works so hard to hold down. Life has dealt him one bad blow after another — so what does it matter if it all ends now? Cate Collins, on the other hand, is desperate to use this time to find the father she’s never met, the man she grew up hearing wild stories about, most of which she didn’t believe. And then there’s Adeem Khan. While coding and computer programming have always come easily to him, forgiveness doesn’t. He can’t seem to forgive his sister for leaving, even though it’s his last chance.

With only seven days to face their truths and right their wrongs, Jesse, Cate, and Adeem’s paths collide even as their worlds are pulled apart. 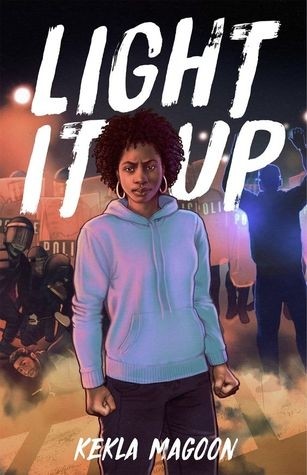 Told in a series of vignettes from multiple viewpoints, Kekla Magoon's Light It Up is a powerful, layered story about injustice and strength—as well as an incredible follow-up to the highly acclaimed novel How It Went Down.

A girl walks home from school. She's tall for her age. She's wearing her winter coat. Her headphones are in. She's hurrying.

She never makes it home.

In the aftermath, while law enforcement tries to justify the response, one fact remains: a police officer has shot and killed an unarmed thirteen-year-old girl. The community is thrown into upheaval, leading to unrest, a growing movement to protest the senseless taking of black lives, and the arrival of white supremacist counter demonstrators. 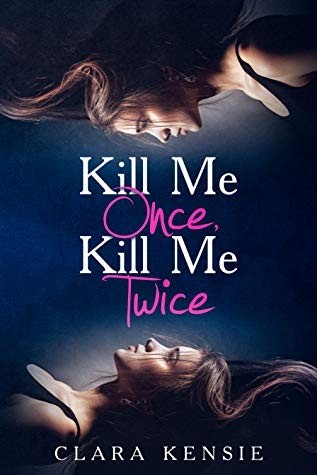 Lily Summerhays remembers how she died in each of her past lives.
Ever Abrams does too.
Lily is reckless and fearless.
Ever is cautious and follows the rules.
Lily wants to leave boring, rural Ryland and explore the world.
Ever wants to stay in quiet, safe Ryland for the rest of her life.
Lily was killed eighteen years ago while trying to solve her friend’s murder.
Ever is Lily reborn, and now she will have to break every rule and face every fear to find Lily's killer—before he kills her twice.

From Clara Kensie, author of the RITA® award-winning Deception So series and the critically-acclaimed Aftermath, comes KILL ME ONCE, KILL ME TWICE: a dual-timeline, dual-romance, dual-mystery/thriller with a touch of magical realism for fans of The Walls Around Us and Vanishing Girls. 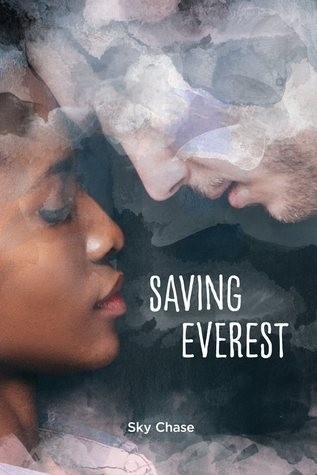 From the outside, Everest has it all, but there’s only one person who can see him for who he truly is . . . and it changes his life forever.

In this tender, poignant debut novel by newcomer Sky Chase, two teenagers on the cusp of adulthood learn to embrace life in ways neither of them ever anticipated.

Everest is the most popular boy in school. He’s handsome, wealthy, and captain of the football team—he has the world at his fingertips, but he’s desperately unhappy. And when those feelings become too much to bear, he tries to take his own life.

On the surface, Beverly’s different from Everest in every possible way. She’s quiet, shy, hard working, and keeps to herself on campus, focusing on her schoolwork and her part-time job, distracting herself from her less-than-perfect upbringing.

When Everest returns to school after his attempt, he’s in more pain than ever. Discarded by his friends, he draws little empathy and too much attention from those who surround him. But when Beverly and Everest meet unexpectedly in a dusty corner of the old library, they discover together just how rich life can be when given the freedom to just be yourself.