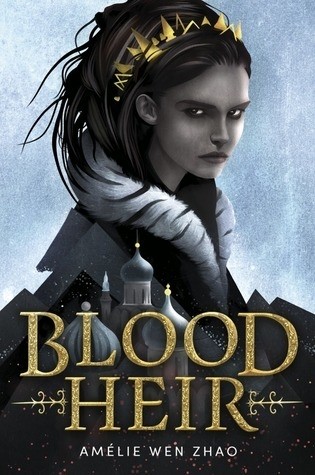 This hot debut is the first book in an epic new series about a princess hiding a dark secret and the con man she must trust to clear her name for her father's murder.

In the Cyrilian Empire, Affinites are reviled. Their varied gifts to control the world around them are unnatural—dangerous. And Anastacya Mikhailov, the crown princess, has a terrifying secret. Her deadly Affinity to blood is her curse and the reason she has lived her life hidden behind palace walls.

When Ana’s father, the emperor, is murdered, her world is shattered. Framed as his killer, Ana must flee the palace to save her life. And to clear her name, she must find her father’s murderer on her own. But the Cyrilia beyond the palace walls is far different from the one she thought she knew. Corruption rules the land, and a greater conspiracy is at work—one that threatens the very balance of her world. And there is only one person corrupt enough to help Ana get to its core: Ramson Quicktongue.

A cunning crime lord of the Cyrilian underworld, Ramson has sinister plans—though he might have met his match in Ana. Because in this story, the princess might be the most dangerous player of all. 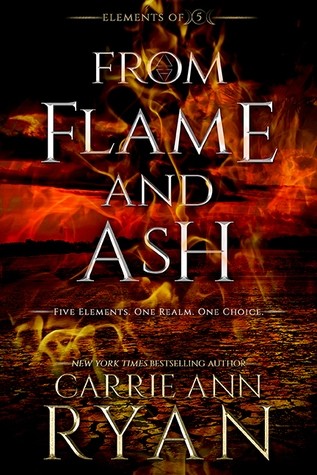 Lyric lost her past, her friends, and even her connections to both worlds when she found out about the Maison realm and her calling. But now she must put that aside and travel back to the Maison realm to continue her training as the Spirit Priestess. Only her journey isn’t to Rhodes and those she fought alongside before. This time, Easton and the other Obscurité warriors will stand by her side as she tries to unlock her final three elements.

However, just as she starts to learn more about what she’s been prophesied to do, a Seer’s wish and the calling of the Lumière kingdom calls her forth, thrusting Lyric into another journey where she must trust those on both sides of the age-old war to survive…and keep those she loves safe. 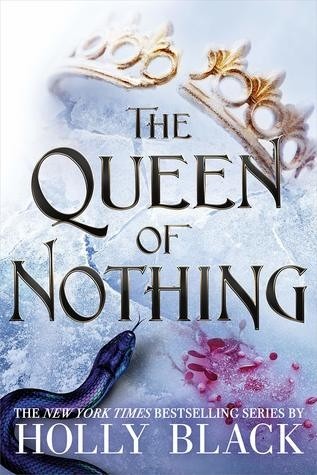 Power is much easier to acquire than it is to hold onto. Jude learned this lesson when she released her control over the wicked king, Cardan, in exchange for immeasurable power.

Now as the exiled mortal Queen of Faerie, Jude is powerless and left reeling from Cardan’s betrayal. She bides her time determined to reclaim everything he took from her. Opportunity arrives in the form of her deceptive twin sister, Taryn, whose mortal life is in peril.

Jude must risk venturing back into the treacherous Faerie Court, and confront her lingering feelings for Cardan, if she wishes to save her sister. But Elfhame is not as she left it. War is brewing. As Jude slips deep within enemy lines she becomes ensnared in the conflict’s bloody politics.

And, when a dormant yet powerful curse is unleashed, panic spreads throughout the land, forcing her to choose between her ambition and her humanity…

From the #1 New York Times bestselling author Holly Black, comes the highly anticipated and jaw-dropping finale to The Folk of the Air trilogy. 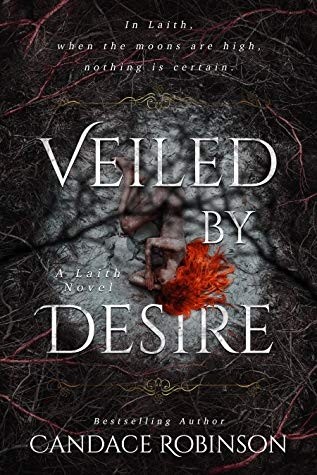 In Laith, when the moons are high, Tavarra is allowed to walk the land as a human for one day, losing her seahorse-like tail. But should she remain out of the water, a curse will overtake her, turning her into a beast with sharp fangs and long claws. A beast that, on some nights, takes the shape of a rampaging, uncontrollable monster.

Rhona, along with her village, are under a sinister leader’s control. Their leader has taken Rhona from the boy she loves, stripped away her abilities and, under the threat of killing everyone she loves, forces her on a dangerous task to retrieve a dark prism that will increase his already massive powers.

When Tavarra and Rhona cross paths, they discover they need each other. Rhona knows how to help the cursed sea creature, while Tavarra knows where to find the dark prism. They embark on a mission that could help them break Tavarra’s spell and save Rhona’s family and village. But with an untamable beast inside Tavarra, nothing is certain...

Tags:
What's New In YA
It’s Live!! Cover Reveal: A Light in the Sky by Sh...
Featured Review: When The Stars Lead To You (Ronni...