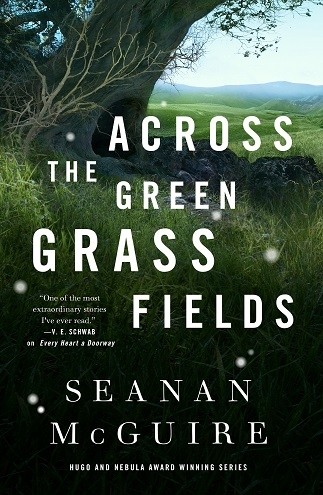 A young girl discovers a portal to a land filled with centaurs and unicorns in Seanan McGuire's Across the Green Grass Fields, a standalone tale in the Hugo and Nebula Award-wining Wayward Children series.

“Welcome to the Hooflands. We’re happy to have you, even if you being here means something’s coming.”

Regan loves, and is loved, though her school-friend situation has become complicated, of late.

When she suddenly finds herself thrust through a doorway that asks her to "Be Sure" before swallowing her whole, Regan must learn to live in a world filled with centaurs, kelpies, and other magical equines―a world that expects its human visitors to step up and be heroes.

But after embracing her time with the herd, Regan discovers that not all forms of heroism are equal, and not all quests are as they seem… 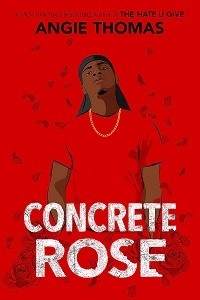 International phenomenon Angie Thomas revisits Garden Heights seventeen years before the events of The Hate U Give in this searing and poignant exploration of Black boyhood and manhood.

If there’s one thing seventeen-year-old Maverick Carter knows, it’s that a real man takes care of his family. As the son of a former gang legend, Mav does that the only way he knows how: dealing for the King Lords. With this money he can help his mom, who works two jobs while his dad’s in prison.

Life’s not perfect, but with a fly girlfriend and a cousin who always has his back, Mav’s got everything under control.

Until, that is, Maverick finds out he’s a father.

Suddenly he has a baby, Seven, who depends on him for everything. But it’s not so easy to sling dope, finish school, and raise a child. So when he’s offered the chance to go straight, he takes it. In a world where he’s expected to amount to nothing, maybe Mav can prove he’s different.

When King Lord blood runs through your veins, though, you can't just walk away. Loyalty, revenge, and responsibility threaten to tear Mav apart, especially after the brutal murder of a loved one. He’ll have to figure out for himself what it really means to be a man. 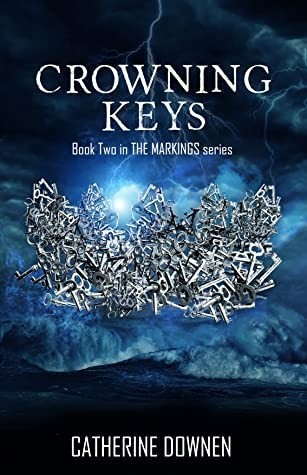 Adaline has reached Libertas, but it isn't the freedom she had imagined. A war is brewing between the gifted and the non-gifted, a line of separation that is slowly crumbling away.

Adaline and Alexander must learn how to use their gifts to fulfill the prophecy that declares them the saviors. But there is so much Adaline doesn't know about her past and her future. While she feels in control of her actions, she soon learns that she's at the will of another one of her father's plans.

In this thrilling and emotional novel, Adaline rises to her new titles: the Princess of Libertas and the Savior of The Gifted.

"Maybe it’s in our blood to be fighters, but maybe we’ve never known to be anything else." 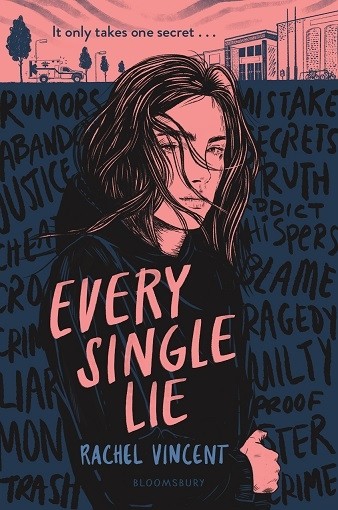 In this gripping YA novel about social media bullying and half-truths, one girl's discovery of a dead baby in her high school locker room rocks an entire community.

Nobody in Beckett's life seems to be telling the whole story. Her boyfriend Jake keeps hiding texts and might be cheating on her. Her father lied about losing his job before his shocking death. And everyone in school seems to be whispering about her and her family behind her back.

But none of that compares to the day Beckett finds the body of a newborn baby in a gym bag-Jake's gym bag -on the floor of her high school locker room. As word leaks out, rumors that Beckett's the mother take off like wildfire in a town all too ready to believe the worst of her. And as the police investigation unfolds, she discovers that everyone has a secret to hide and the truth could alter everything she thought she knew. 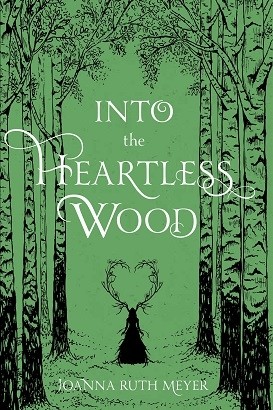 The forest is a dangerous place, where siren song lures men and women to their deaths. For centuries, a witch has harvested souls to feed the heartless tree, using its power to grow her domain.

When Owen Merrick is lured into the witch’s wood, one of her tree-siren daughters, Seren, saves his life instead of ending it. Every night, he climbs over the garden wall to see her, and every night her longing to become human deepens. But a shift in the stars foretells a dangerous curse, and Seren’s quest to become human will lead them into an ancient war raging between the witch and the king who is trying to stop her.

Epic, heartbreaking, and darkly atmospheric, Into the Heartless Wood is the story of impossible love between a monstrous tree siren and a boy who lives at the edge of her wood. 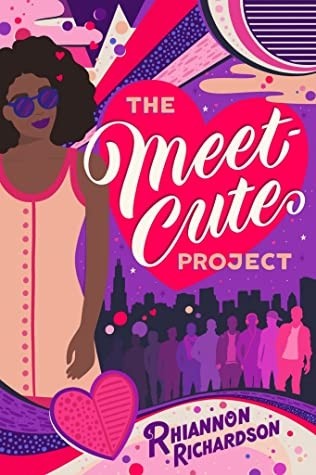 To All the Boys I’ve Loved Before meets Save the Date in this sweet and hijinks-filled rom-com about a teen girl who will do whatever it takes to find a date for her sister’s wedding.

Mia’s friends love rom-coms. Mia hates them. They’re silly, contrived, and not at all realistic. Besides, there are more important things to worry about—like how to handle living with her bridezilla sister, Sam, who’s never appreciated Mia, and surviving junior year juggling every school club offered and acing all of her classes.

So when Mia is tasked with finding a date to her sister’s wedding, her options are practically nonexistent.

Mia’s friends, however, have an idea. It’s a little crazy, a little out there, and a lot inspired by the movies they love that Mia begrudgingly watches too. 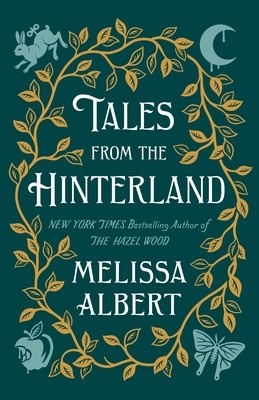 A gorgeously illustrated collection of twelve fairy tales by the author of The Hazel Wood and The Night Country!

Journey into the Hinterland, a brutal and beautiful world where a young woman spends a night with Death, brides are wed to a mysterious house in the trees, and an enchantress is killed twice―and still lives.

“Lush and deliciously sinister fairytales to be consumed as greedily as Turkish delight or any fairy fruit. I loved these.” ―Kelly Link, author of Get in Trouble

“This inventive, enchanting collection reads like the fairy tales of old, hushed stories passed woman to woman, before the Grimms came and wiped away all the blood.” ―Laura Ruby, author of Thirteen Doorways, Wolves Behind Them All

“The writing is as spare and precise as poetry, connected to the darker, edgier elements of fairy-tale conventions. Albert’s rich and tightly focused collection forms the core of the mythology created in her novels, and her fans will be thrilled at this further glimpse into that world.” ―Booklist, starred review

“Stories fueled by feminist rage, the frustration of being unnderestimated, and the insatiable longing to experience more mark this collection as timely and universal.” ―SLJ 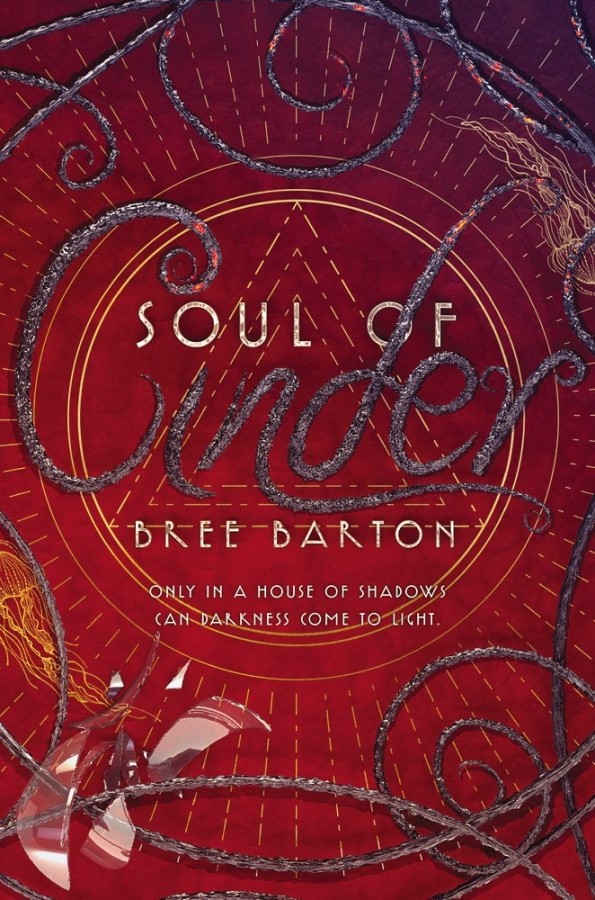 The Twisted Sisters are coming home.

Prince Quin has returned to the river kingdom, ready to spearhead a rebellion and reclaim the throne. He vows to destroy Mia, Pilar, and Angelyne if they oppose him—even if he must use his newfound magic to set the world aflame.

Across the four kingdoms, the elements have been tipped askew. Volcanoes erupt, glaciers collapse, and cities sink into the western sands. After losing Angie, Mia and Pilar journey to the glass kingdom to seek help, though soon their fragile bonds of sisterhood begin to fray. Mia’s sensations are creeping back, and with them, a deep and searing grief. Pilar, terrified of being broken, once again seeks comfort in her fists. But when they hear rumors of a misty island that promises to erase all pain, they suddenly find themselves with an answer—if they are willing to pay the cost.

As tensions mount, the sisters are drawn back to the river kingdom for a final reckoning with the boy they each loved. The shattering conclusion to Bree Barton’s Heart of Thorns trilogy challenges why we grieve, whom we love—and how to mend a broken heart. 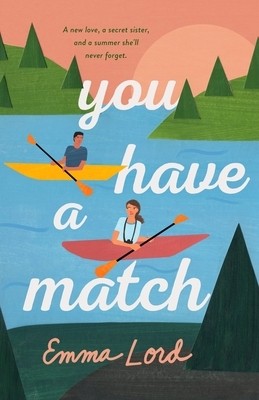 From the beloved author of Tweet Cute comes Emma Lord's You Have a Match, a YA novel of family, friendship, romance and sisterhood…

When Abby signs up for a DNA service, it’s mainly to give her friend and secret love interest, Leo, a nudge. After all, she knows who she is already: Avid photographer. Injury-prone tree climber. Best friend to Leo and Connie…although ever since the B.E.I. (Big Embarrassing Incident) with Leo, things have been awkward on that front.

But she didn’t know she’s a younger sister.

When the DNA service reveals Abby has a secret sister, shimmery-haired Instagram star Savannah Tully, it’s hard to believe they’re from the same planet, never mind the same parents—especially considering Savannah, queen of green smoothies, is only a year and a half older than Abby herself.

The logical course of action? Meet