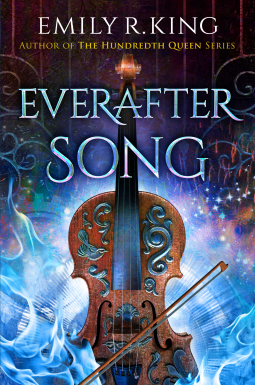 There’s a price on Everley Donovan’s head. Fleeing from the queen’s false accusation of murder and sorcery, the girl with the clock heart knows there’s only one way to prove her innocence. Everley must catch Killian Markham, the fugitive prince guilty of the crimes for which she’s been condemned. To do that, Everley must follow him into the towering realm of the Silver-Clouded Plain. It’s where flesh-eating Behemoths thrive, long-lost gods hide, and an artifact of destructive force awaits the death grip of the immortal prince.

Haunted by visions of burning Everwoods and bloody battlefields, Everley’s fears are rising. Because the elusive relic threatens more than the very power that drives her clock heart. In Killian’s hands, it can lead to the dismantling of the seven worlds. With everything—and everyone—Everley loves at stake, she must depend on Killian’s one weakness to outwit him: in his mad ambitions, Killian has underestimated her once again. For Everley is the Time Bearer. This is her destiny. The time of reckoning is at hand. 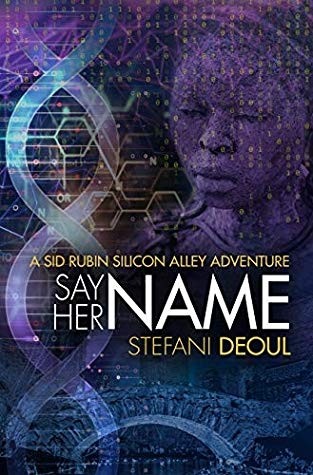 High-flying lesbionic brainiac Sid Rubin is caught up in the glow of new love—and the snowball fight of the century. Distraction in action, Sid forgets to duck and takes a full facial hit, launching her backward into Imani, who in turn slides down a hill, through a thicket, and amazingly, lands safely. Or so she thinks. Until she hears an ice crack and sees a fingertip rise through the small fissure.

Jimmy, Sid, Ari, and Vikram slip and slide their way to the rescue, somehow knowing that a chain of events has just been set in motion.

The finger becomes a hand, and then a body. It’s a young girl. And she’s not alone. There are seven more skeletons―unidentified and unclaimed. When Imani utters the words, “I want someone to say her name,” it’s time for the posse to round up and ride again―chasing a mystery across time, and states, and even continents. A genetic genealogy hunt that's right up Sid’s Silicon Alley.

But there’s a glitch in the system, because Sid's new girlfriend, Ava, has other plans. And Sid learns the hard way that before she can untangle someone else's family tree, she will have to find her own roots.